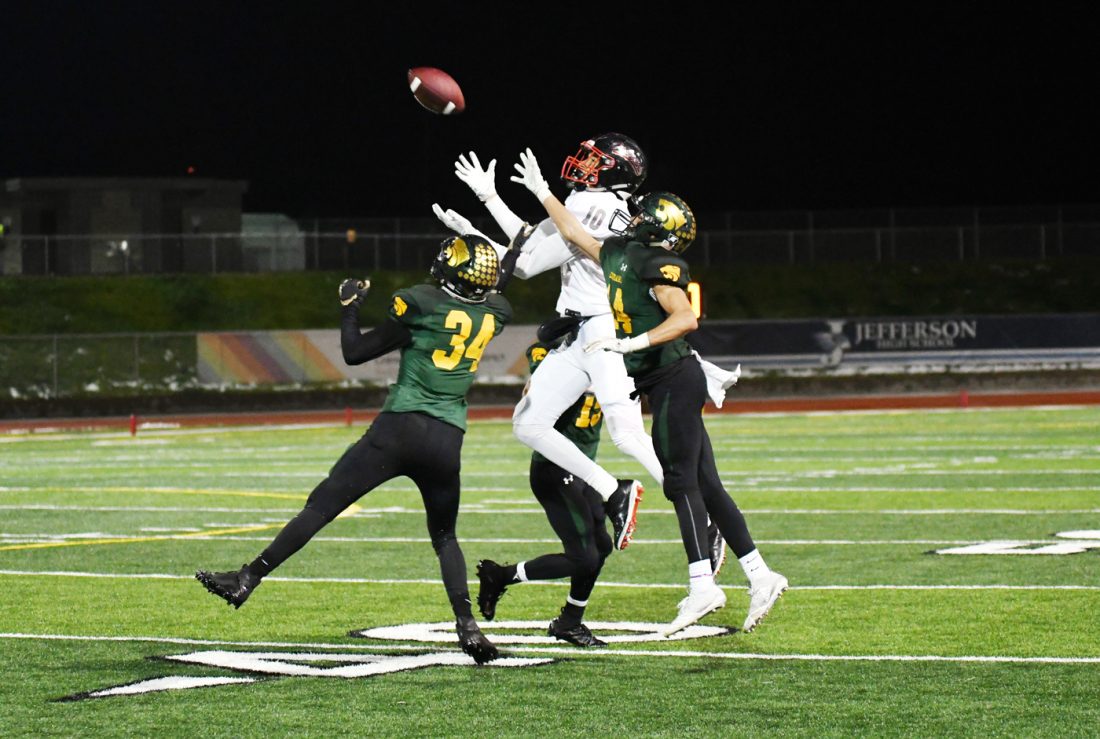 Messenger photo by Britt Kudla Tysen Kershaw of Fort Dodge makes a catch against Cedar Rapids Kennedy in the Class 4A playoffs earlier this month.

One of Class 4A’s most competitive football districts announced its honor roll this week, as eight Fort Dodge players — seven of them seniors — landed on the first or second team.

Tysen Kershaw, Asle Thorson and Austin Lee were on District 2’s elite list for the second consecutive season. The veteran trio was joined by classmate Levi Egli, who fought his way back from a devastating knee injury to become one of the Dodgers’ top defenders on a 6-4 playoff squad.

“We’re really proud of our guys,” said FDSH head coach Matt Miller, who became the program’s all-time leader for career victories during the final week of the regular season in his 16th year at the helm. “Getting to the postseason in back-to-back years is always an outstanding accomplishment. We had a lot of deserving players recognized who gave so much to our program and our school these past few years.

“It takes a special level of commitment to put this kind of time and effort into a sport and perform at the level these kids have. I hope Dodger fans appreciate what they’ve watched and the expectations our players have established.”

A returning elite all-state wide receiver, Kershaw had his third consecutive productive varsity grid campaign while becoming Fort Dodge’s career leader in receiving yards and touchdowns. The 6-foot-4 University of South Dakota recruit was eighth all-time in 4A for TDs (24), while finishing 10th in both receptions (149) and yards (2,145). 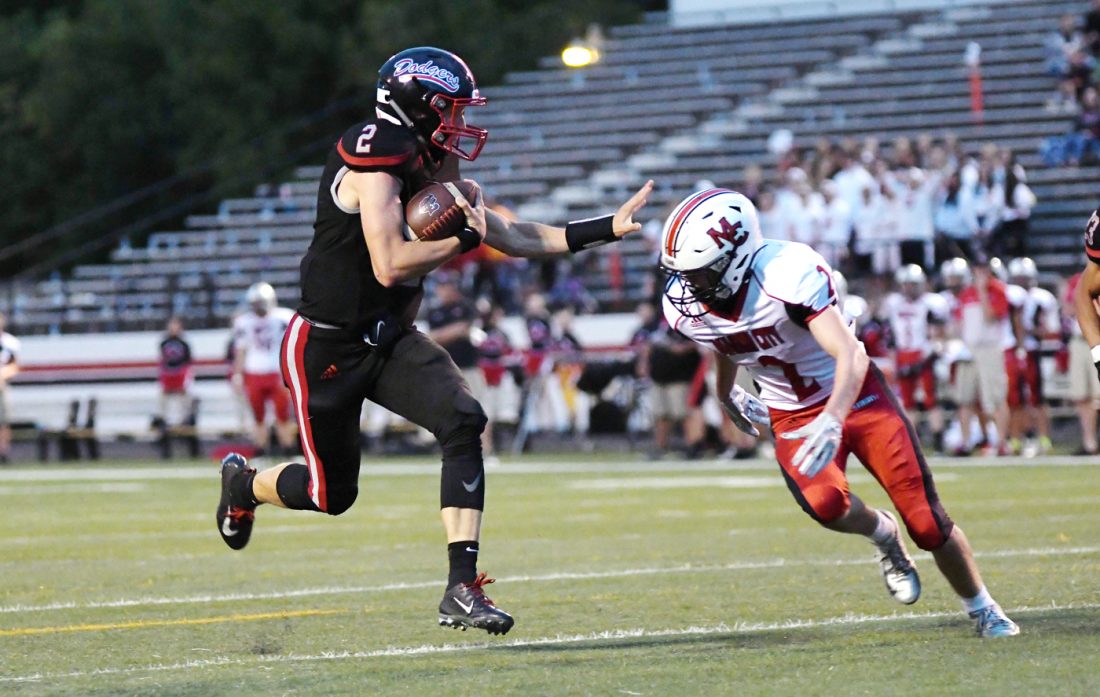 “Tysen’s body of work speaks for itself,” Miller said. “He commanded the respect and attention of all opposing defenses this year, and even though being (the focal point) made it harder to get him the ball, he still had a really good season.

“His name is at the top of our record books, and among the best ever in 4A. That’s pretty elite company. I still think, though, that Tysen’s best ball is ahead of him.”

In addition to returning as a first team all-district safety, Thorson was thrust into the starting quarterback role as the heir apparent to two-time all-state quarterback Drake Miller. Thorson performed admirably, throwing for 1,602 yards and 17 scores while completing 61 percent of his passes.

Thorson, the grandson of Fort Dodge and Iowa Hawkeye legend Sherwyn Thorson and the son of former Dodger all-state linebacker Tjeran Thorson, also rushed for 329 yards and 10 TDs. His 27 overall touchdowns tied Mitch Randall of Waukee for the most in 4A during the regular season.

“We asked Asle to do a lot on both sides of the ball,” Miller said. “And as a first-year varsity quarterback, I though he did a terrific job. He became a running threat for us and really used his athleticism to his advantage. 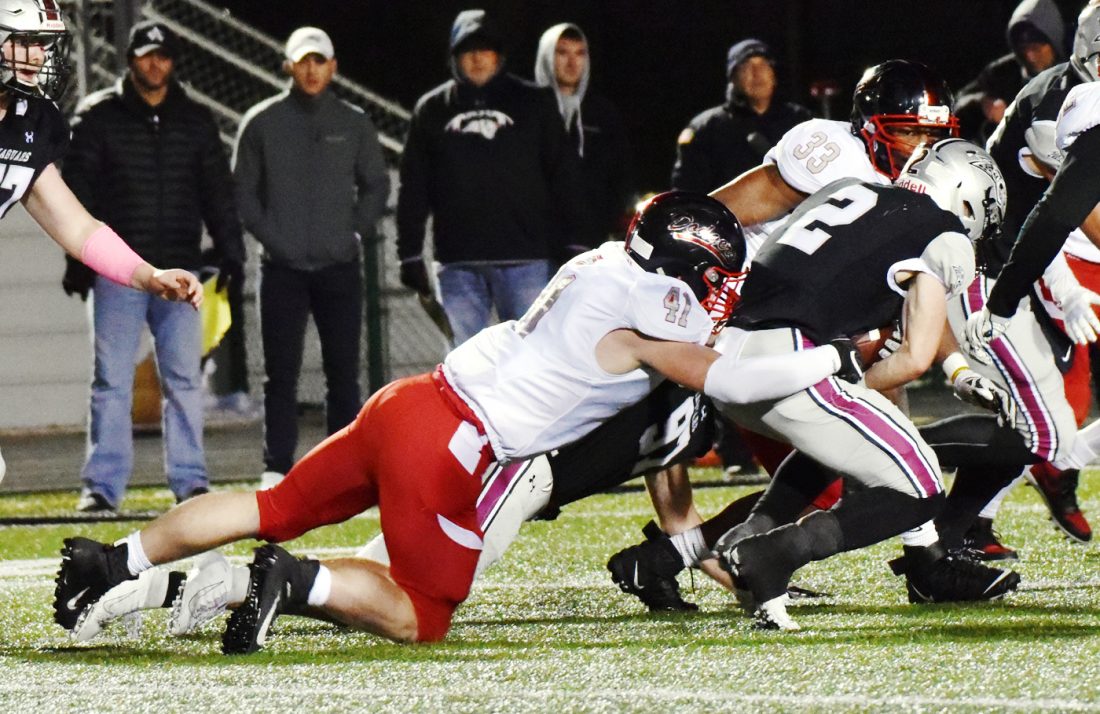 “In a perfect world, we probably would’ve just played him at quarterback or safety. But we needed him out there (on both sides of the ball), and overall, I feel like he really maximized his ability. There was a lot of pressure on him both given his (family lineage) and being Drake’s replacement. I’m proud of how he handled it.”

Lee parlayed a strong junior campaign into an even better senior showing. The 195-pound linebacker led Fort Dodge in tackles, sacks and tackles for loss.

“Austin was the heart of our defense, along with the other linebackers,” Miller said. “We knew we could count on him to give his all every Friday night.

“He was a Dodger in every sense of the word. He had ability, knowledge and heart. We’re going to miss him in our program, because he stands for everything we’d want in a Fort Dodge football player.”

Like Lee, Egli flourished in his last go-round. He spent the entire offseason recovering from a serious knee injury, suffered in the regular-season finale at Marshalltown in 2018. 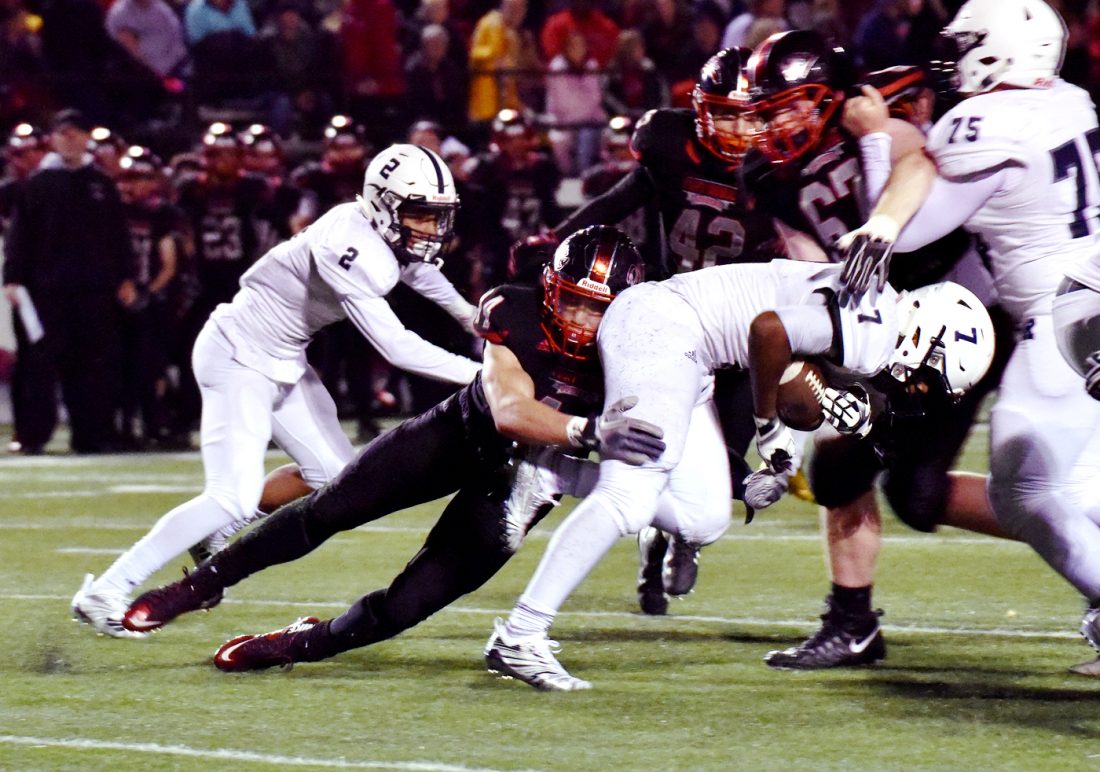 “If I could only show you how much Levi put into getting back to full strength during the spring and summer months,” Miller said. “A lot of time on his own. A lot of time in the dark. That’s a testament to his character.

“It was fun to watch Austin, Levi, Shane (Halligan) and Tyler (Nichols) play together on a defense that forced almost as many turnovers (31) as any in school history (one shy of the record). They really came through for us time and time again to get us into the playoffs, and it started with those four senior linebackers.”

Halligan had a team-high five fumble recoveries, which was the third-best total in all of 4A.

“Shane was always around the ball,” Miller said. “You never had to worry about effort with Shane. He was successful because he worked hard and wanted it more than the other guy. He was a student of the game.”

Nichols, who moved to Fort Dodge from Arizona in the summer, became “our emotional and vocal leader,” according to Miller.

“Tyler was a pretty big addition to our program,” Miller said. “He watched a lot of film and recognized things on the field, and he wasn’t afraid to point (a teammate) in the right direction.”

Bell and Daniel both intercepted four passes, which tied for the sixth-best mark in 4A. Bell was a cornerback and three-year letterwinner who also saw time on offense; Daniel was a safety.

“Brycen just made things happen,” Miller said. “He had that extra gear to him as a playmaker. We could count on him as a reliable defensive back, and if we needed him to go catch a pass, he’d do it.”

Daniel had a “breakout junior year,” according to Miller.

“Sam’s going to be a real leader moving forward on defense,” Miller said. “Like Brycen, he came up with some big plays in key moments. I’m looking forward to what he’ll do as a senior. He has a great skill set and is a tough competitor.”

Fort Dodge will be graduating 15 senior starters. The Dodgers went 13-7 over the last two seasons combined, and the program is now 58-49 overall since 2009.

“I can’t say enough about my staff and our kids,” said Miller, who passed Fort Dodge Hall of Fame legend Forrest Marquis with his 75th victory before the Dodgers bowed out in the opening round of the playoffs at fifth-ranked Cedar Rapids Kennedy. “This was a very strong district, with five of the six teams ranked at one point and four reaching the postseason. That doesn’t happen very often. So our program has a lot to be proud of.”

Fort Dodge lost to district champion Ankeny Centennial (8-2, 5-0), as well as Southeast Polk (7-3, 4-1) and Des Moines Roosevelt (6-4, 3-2). The setbacks against the Rams and Roughriders were by three and two points, respectively.