Dillon inducted into Hall of Fame 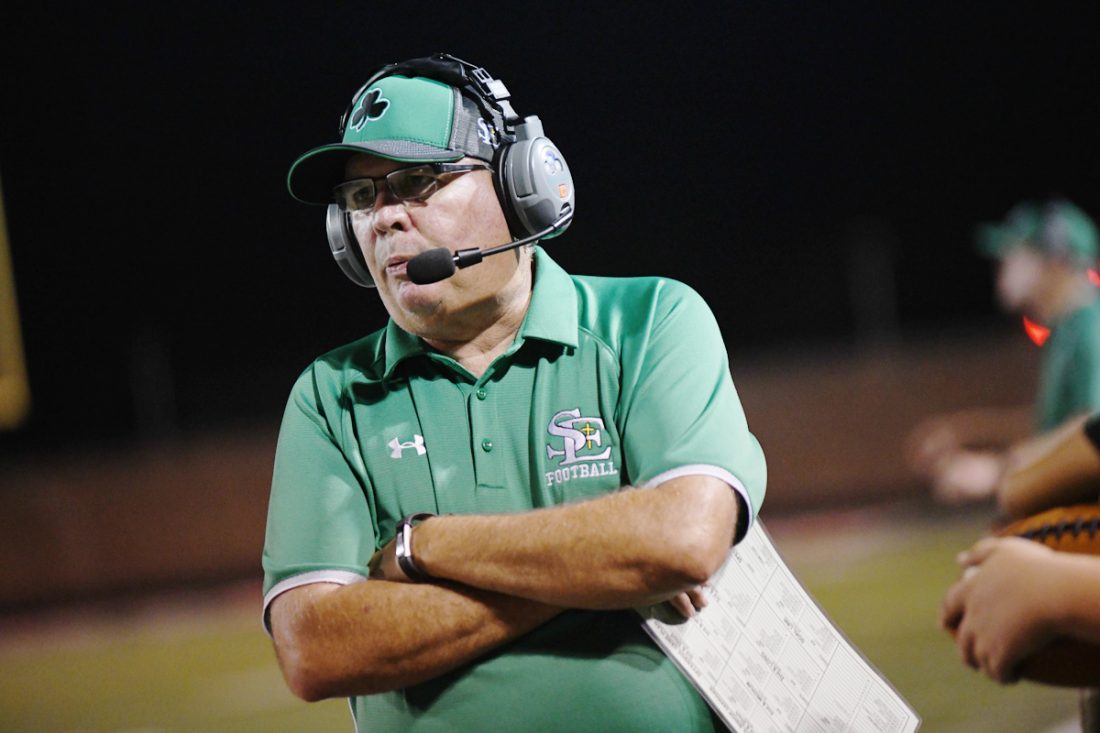 Messenger photo by Britt Kudla Matt Dillon of St. Edmond coaches on the sidelines this past season.

Matt Dillon was honored earlier this year with his induction into the Dowling Catholic High School Athletic Hall of Fame.

He also joined his son, Zach Dillon, as part of the exclusive club. Zach was inducted two years ago.

“It was just really cool,” Dillon said. “It brought back a lot of great memories of a time with people that have been a big part of my life and helped make me the person that I am today.

“My whole family was there and that just really brought back a flood of very good memories of a time that just seemed to fly by. We were there for nine years and before you knew it, it was gone.”

One of those was Chuck Knight, who was the principal at North Polk and hired Dillon for his first coaching job in 1982.

“It was just really special that Chuck and his family were able to be there,” Dillon said. “To this day, Chuck is the best principal that I have ever worked for. He was a phenomenal administrator, a great guy and had a tremendous passion for kids. He was also doing what he felt was right for kids to become successful.”

Dillon recently completed his second season with St. Edmond and his 33rd as a head coach. That includes a run with Dowling from 1996-2005 that featured back-to-back state championship teams in 2000 and ’01.

He is the fourth head football coach to be honored with a spot in the hall of fame, joining Jim Williams, Bob Nizzi and Don Mauro.

“It is great to be part of that class of coaches,” Dillon said. “Those are just some incredible coaches and guys that have done amazing things. I am humbled to be part of it.”

Dillon has been named coach of the year at his various stops 14 times, and was a finalist for the State of Iowa Coach of the Year award in both 1997 and ’98, winning it in 2000.

Before getting into coaching, Dillon was a player himself, earning a spot in the Cornell College Athletic Hall of Fame. He later was the head coach at Cornell.

After being inducted, Dillon coached the Gaels against Sioux Central for Homecoming.

The Dowling hall of fame was first created in 1995. All three of Dillon’s children, Zach, Sammi and Joe, are graduates of the school.