Cowgirls bow out in 2A semifinals 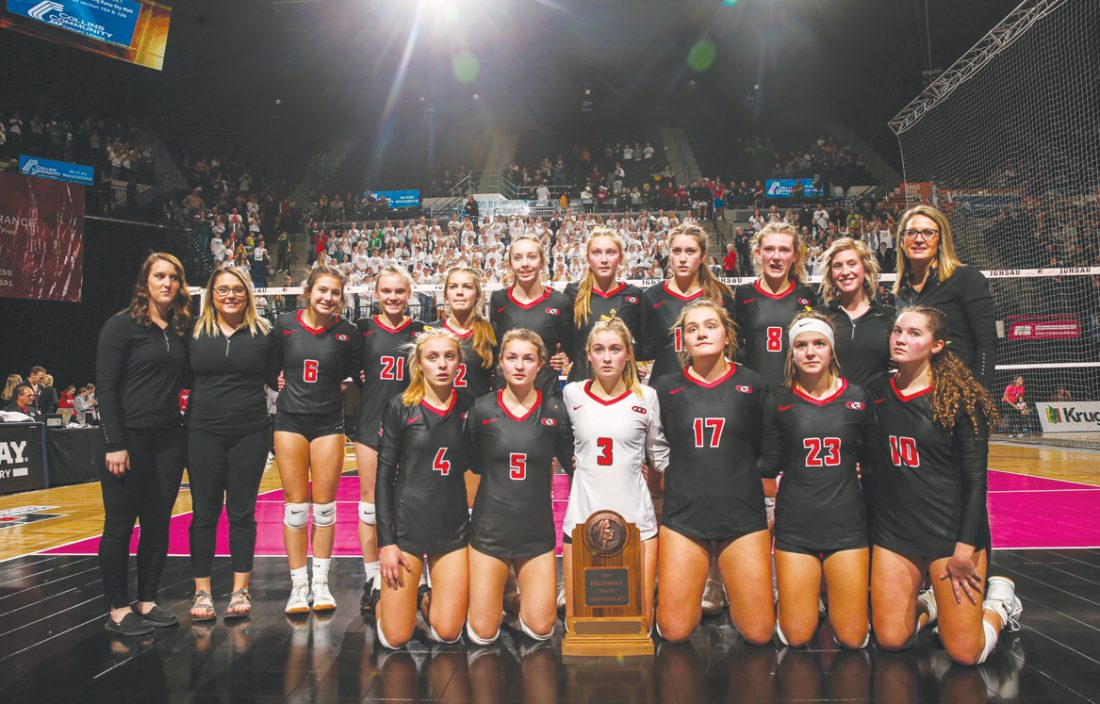 Clarion CGD players pose for a photo with their state semifinalist trophy during their Class 2A semifinal match of the girls high school state volleyball tournament at the U.S. Cellular Center in Cedar Rapids on Thursday, Nov. 14, 2019. (Andy Abeyta/The Gazette)

CEDAR RAPIDS — The dream season for Clarion-Goldfield/Dows came to an end here Thursday in the Class 2A state volleyball semifinals.

Beckman (42-8 overall) advances to face top-ranked Western Christian (40-5) in the finals on Friday here inside the U.S. Cellular Center at 4:45 p.m. The Wolfpack, defending state champs, ousted Osage in three in the other semi.

Morgan Middleton, who set a 2A tournament record for kills in the quarterfinals with 34, had 18 to lead Clarion-Goldfield/Dows (30-7).

Middleton had eight kills in the third set after picking up six in the second.

The Cowgirls won their first-ever tourney game this year, reached the 30-win mark for the first time in school history and also won the North Central Conference.

“This week meant a lot to me, the team and the community,” Jondle said. “I felt like it was a second chance to show everyone what CGD volleyball is all about.

“We proved to everyone what we are really capable of. This also motivates us a lot for next year.”

Clarion-Goldfield/Dows does not feature a senior player on its roster, which is made up of six juniors, five sophomores and two freshmen.

“Having the entire team back next year makes me so pumped up,” Jondle said. “I know we can make it back to the state tournament again. Count on seeing us there.”

The Blazers will play in the finals for a second time, as they finished second in 2000 in 2A. Western Christian, meanwhile, has advanced to the championship match 18 of the last 19 years.