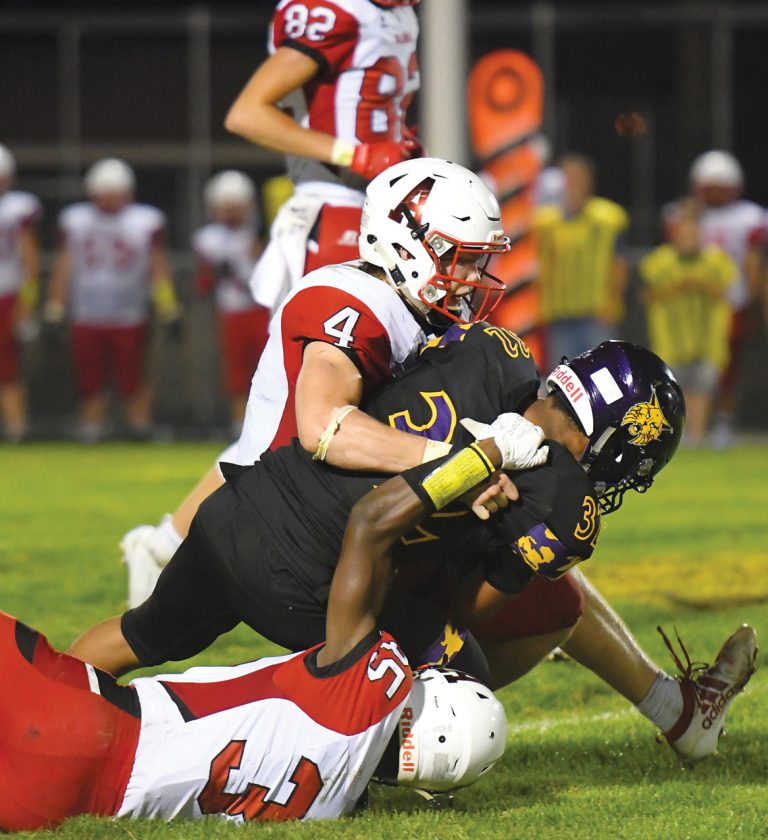 CEDAR FALLS — Two of the most prolific offenses in the state will square off with one another here Saturday when Algona meets OABCIG in a Class 2A semifinal.

Kickoff is set for 4 p.m. inside the UNI-Dome, which will provide near-perfect conditions for the players.

The Falcons (11-0 overall) and Bulldogs (11-0) rank first and third in total points scored in 2A this year. OABCIG has recorded 63 offensive touchdowns as a team, with Algona doing them one better at 64.

In terms of total offense, the two are second and third, with the Falcons sitting at 4,530 yards and the Bulldogs at 4,444.

That, though, is where the similarities end and the differences begin.

OABCIG features junior Cooper Dejean, a dual-threat quarterback. Dejean has completed 59 percent of his passes for 2,897 yards with 36 touchdowns in the air.

Dejean is also the leading rusher for his team with 1,044 yards and 21 more touchdowns. Of those previously mentioned 63 TDs for the Falcons, he has had a hand in 47 of them.

Jake Nieman is the leading target for Dejean, having caught 60 passes for 1,097 yards and 13 touchdowns. Easton Harms has a team-high 74 receptions for 886 yards and seven scores, with William Grote adding 24 catches for 424 yards and seven TDs.

OABCIG has 18 interceptions and 18 fumble recoveries on the season. They have also returned three punts and a kickoff back for scores.

In the state quarterfinals, the Falcons knocked off defending champion Monroe-PCM, 48-20. Dejean accounted for 306 yards passing, 78 running and five touchdowns in that game.

They also topped Greene County, who Algona ousted in the quarters, in the regular season finale, 35-13. Dejean had 468 yards and five TDs, but was picked off four times by the Rams.

Wyatt Wegener highlights the Bulldog offense, but unlike Dejean, he is far from a one-man show. The senior has ran for 1,321 yards and scored 23 times, averaging 13.5 yards per carry.

Wegener, a returning all-stater, also has 25 receptions for 599 yards and six touchdowns. He is first in 2A in rushing touchdowns and second in yards from scrimmage.

Sammonte Bawden, a fellow senior, lead the team in a 48-15 win over Greene County with 144 yards rushing. Bawden has 649 yards and seven TDs, with classmate Garrett Schmidt adding 662 and 10 scores.

Sophomore Tyler Manske stepped in as a first-year starter at quarterback this fall. He has completed 60 percent of his passes for 1,201 yards with a 12-to-4 touchdown-to-interception ratio.

Elliott Berkland, James Wartick and Jason Cecil are all averaging over 14 yards per catch with five combined touchdowns.

Cole Lewis, another returning all-stater for Algona, anchors the defense with 72 tackles. That includes 11 tackles for loss and seven sacks.

The winner between Algona and OABCIG advances to next Friday’s state championship game against either Waukon (11-0) or Williamsburg (8-3), who play the nightcap.