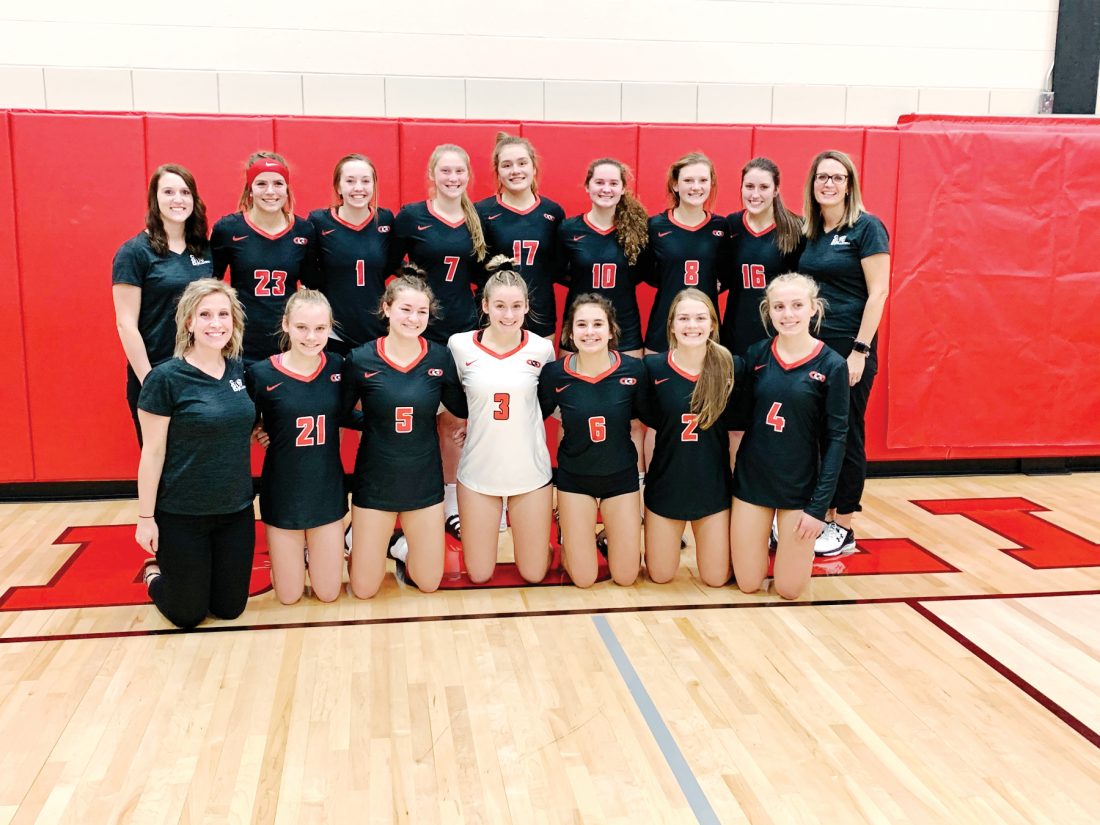 CLARION — For the second consecutive season, the Clarion-Goldfield/Dows volleyball team punched their ticket to state.

The seventh-ranked (Class 2A) Cowgirls will take on No. 4 Wilton inside the U.S. Cellular Center in Cedar Rapids on Wednesday at 4 p.m.

A year ago, C-G/D ended a 20-year drought by qualifying. They were knocked out in the quarterfinals by Carroll Kuemper.

“It is super exciting to go back to state this year for both our team and the community,” C-G/D junior Jadyn Jondle said. “At the beginning of the season, everyone was very unsure about how the season would turn out. But I think that the upperclassmen really stepped up.”

Clarion-Goldfield/Dows (29-6 overall) enter state having won eight straight matches, with seven of those being three-set sweeps. They claimed the North Central Conference title and knocked off No. 13 East Sac County in a regional final.

Leading the way for the Cowgirls is Morgan Middleton. The junior ranks fourth in the state with 526 kills on the year and has just 97 errors.

Kendall Lienemann, also a junior, has 225 kills and only 60 errors, with freshman Lexie Lane adding 83 kills. Middleton and classmate Alaina Freisleben have a combined 106 aces.

Middleton, Lane, Lienemann and Summer Traub all have at least 20 blocks.

“Having experience at state from last year is going to help us out tremendously,” Jondle said. “I think that last year, everyone was overwhelmed with the fact we actually made it.

“This year, we are focused on winning and doing as much damage as we can.”

“As a team, we played very tough competition in tournaments that helped us become a tough team to play against,” Jondle said. “Everyone has put in the work and dedication to being a state tournament team.”

Wilton (35-3) has suffered losses to top-ranked (3A) Davenport Assumption, No. 8 (3A) Tipton and fifth-ranked (3A) West Liberty. They topped West Branch to advance out of regionals.

Sophomore Kelsey Drake leads the team with 385 kills followed by classmate Ella Caffery, who has 306. Drake and Caffery also have a combined 142 blocks and over 500 digs.

The winner between Clarion-Goldfield/Dows and Wilton faces either No. 3 Dyersville Beckman (40-8) or eighth-ranked Van Buren County (32-4) on Thursday at 4 p.m. in the semifinals. The championship match is set for Friday at 4:45 p.m.