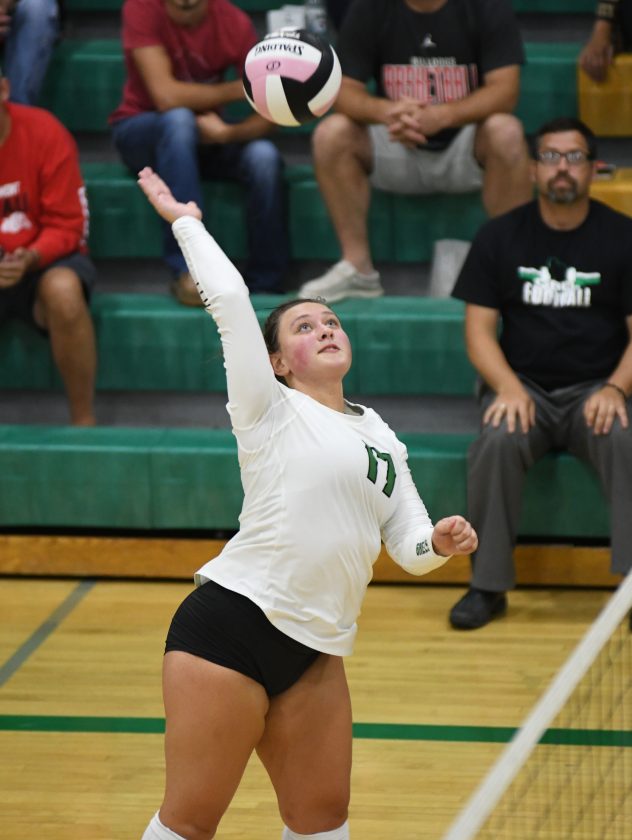 The Clarion-Goldfield/Dows volleyball team swept through the North Central Conference this season and the Cowgirls were rewarded with three first team all-league selections.

Morgan Middleton was one of four unanimous conference choices, with teammates Alaina Freisleben and Jadyn Jondle joining her on the first-team.

Clarion-Goldfield/Dows went 7-0 in the league and lost just one set, advancing to the Class 2A state tournament. The Cowgirls won their first-ever state game and reached the 30-win mark for the first time in program history.

Middleton, a junior, led the conference in kills with 151. Freisleben was second in assists with 235 and Jondle finished third in digs with 111.

Hajek was third in serving and fifth in kills per set, while McDaniel led the NCC in assists with 237.

Holmes was eighth overall in kills, second in kills per set and second in digs. Finucan led the league in digs with 177.

Earning second team honors from St. Edmond was Josie Huss. The senior had 61 kills and served at a 97 percent clip this season.