‘A sad day and huge loss for our community’ 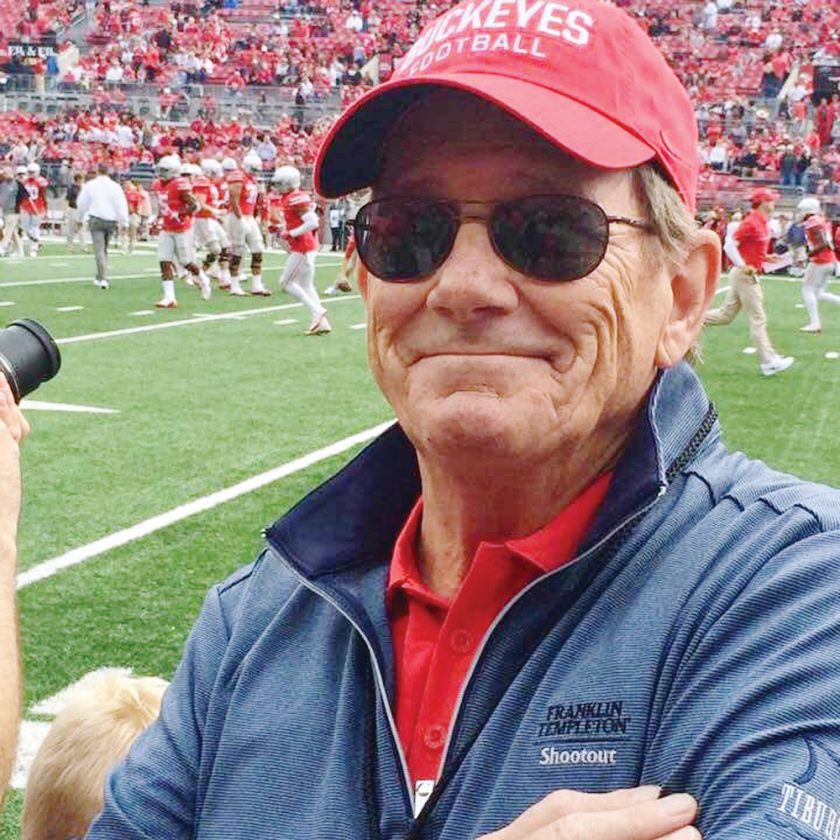 Submitted photo Mic Julson, a long-time teacher and coach in Fort Dodge, died on Sunday at the age of 72.

Fort Dodge lost another indelible piece of its teaching and coaching fabric with the death of Mic Julson on Sunday.

Julson, who had been battling an advanced form of cancer over the last four-plus months, passed away at the Paula J. Baber Hospice Home. He was 72.

Julson spent over two decades of his professional career in the Fort Dodge Community School District, where he was a social studies and language arts instructor at North Junior High (later Phillips Middle School). Julson also wore a number of Dodger coaching hats, leading the varsity girls golf program while serving as an assistant for girls basketball and also helping out at the middle school level in football and basketball.

“Mic was just a great man and a heck of a teacher and coach,” said long-time friend Tom Kinseth, a former FDSH coach, middle school athletic director, and athletic/activities director at both Fort Dodge and Ankeny Centennial. “Someone I really admired both professionally and personally. He just had a special way of getting through to kids, having fun, and bringing a team together.

“Mic was a lot like Walt Lafollette, John Bristol and so many others Fort Dodge was lucky enough to have through the years, who took their roles as middle school coaches very seriously. When I got the head girls (basketball) job in 1986, I needed an assistant. Mic was the first one I called. He did a terrific job. He impacted so many young men and women through his approach to teaching and coaching, as you see by all the people who have commented or left messages on social media and with the family the past few days.”

A native of Mason City, Julson also made teaching stops in Davenport, Johnston and Ankeny. His first love was Fort Dodge, though, where Julson lived from 1970-93.

“Mic and (his wife) Annette retired around 2015, moved to Florida, and lived there for a while,” said Kinseth, who even stayed in the Julsons’ basement for a few months during his transition from Fort Dodge to Ankeny. “But they decided this past year they wanted to come back. They missed home. And not just Iowa, but specifically, Fort Dodge.

“Annette’s parents are at Friendship Haven. And Mic kept telling me how much they wanted to be around their family and friends here again. We were all very excited to have them back. We made a lot of plans to fish and golf and everything else.”

Less than five months after returning to Fort Dodge, Julson was diagnosed with an aggressive form of cancer.

“July 3,” Kinseth remembered very specifically as his voice trailed off. “And it was hard on him the last few months.”

Current FDSH athletic and activities director Kevin Astor, one of the hundreds of future Dodgers Julson coached at North, called it a “sad day and a huge loss for our community.”

“Coach Julson played such a pivotal role in our athletic success here during our (championship) run in the 1980s,” Astor said. “But more importantly, he was an influential teacher and a person junior high kids in our community could turn to at a very important time in their lives.

“He believed in a lot of young men and women when maybe they didn’t understand why or believe in themselves. He took so much pride in teaching the fundamentals and making sure kids were doing the little things right. Those are just huge life lessons that you really value as you get older and gain perspective and appreciation.”

Astor added that he had a conversation with Julson early last summer about “maybe getting into coaching around here again.”

“I was ready to take him up on his offer,” Astor said. “But unfortunately, he was diagnosed not long after that. Still, when I saw him around town or at athletic events, he was upbeat and had a huge smile on his face. He just had a way of making you feel better about your day and yourself.”

Kinseth remembered how much pride Julson took in coaching the junior varsity girls.

“He put a lot of stock in those games, because like the junior high kids, he knew their confidence and development would help at the varsity level later on,” said Kinseth, the head coach of the Dodgers’ 1991 state runner-up girls basketball squad when Julson served as his lead assistant. “He’d take a JV game on a Monday night and really prepare for it. He’d be on the sidelines, dressed to the hilt no matter what. A tie, a sportcoat — everything.

“One year, he had a group that declared themselves the mythical state junior varsity champions after going like 8-0 or 9-0.”

Kinseth also laughed about a system Julson shared with his two sons, Ryan and Brandon, when they were little.

“They would go check the popcorn out at every venue,” Kinseth said. “They even came up with a rating system. Back then, we just all jumped on the bus and took off. We had a lot of good times, and the kids have special memories.

“We’re really going to miss him.”

Julson is survived by Annette; his daughters, Shelley and Amanda; his son, Matthew; granddaughters Felica, Bryant and Avery; and granddaughter, McKenna. Mic and Annette were married for 42 years.

A Celebration of Life service will be held on Sunday at 2 p.m. at First Presbyterian Church in Fort Dodge.