Week 8 of the prep football season is here 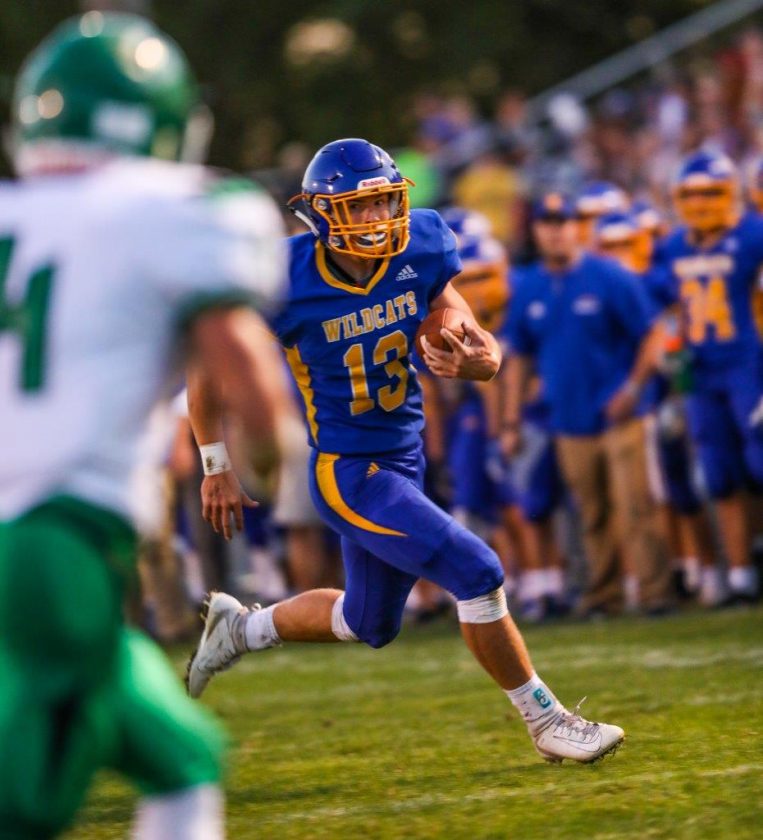 With the playoffs just two weeks a way, area programs are jockeying for positioning and trying to move up in the RPI.

Two weeks remain in the regular season, and only third-ranked Algona (3-0, 7-0) and fifth-rated South Central Calhoun (3-0, 7-0) are unbeaten in league play and atop their districts.

Webster City (2-1, 5-2) could have a huge impact on their Class 3A, District standings with an upset of No. 9 Dallas Center-Grimes (3-0, 6-1). DC-Grimes will finish the season with Carroll, who is unbeaten in district play heading into tonight.

The Lynx finish with winless Boone.

Algona will have a ranked match up with No. 10 Spirit Lake (2-1, 5-2). The Bulldogs are coming off another impressive win, while Spirit Lake is looking to up their RPI standings.

Humboldt (1-2, 1-6) has a chance to throw a wrench in the 3A, District 2 standings as they face Carroll. The Wildcats may only have one win, but are coming off two close recent losses.

The Bulldogs are steam rolling through their competition and will have a tough task as they head to the road to face Spirit Lake.

Algona has outscored their opponents by an average of four touchdowns and have topped league foes by 34 points each time out.

Last week it was a three-headed attack of Garrett Schmidt, Sammonte Bawden and Wyatt Wegener that carried the Bulldogs over Estherville-Lincoln Central. Schmidt rushed for 76 yards and reached the endzone three times, while Wegener had 81 on the ground and one score. Bawden had 85 yards and a touchdown. Jake Teague also scored.

Spirit Lake lost their district opener to E-LC, but has bounced back with two victories, out scoring their opponents 102-8. Last week they dispatched Clarion-Goldfield/Dows 57-8.

Quarterback Brent Scott had a huge day, going 8-for-11 (72.7 percent) for 201 yards and four touchdowns. He also rushed for 69 yards yards and a 25-yard touchdown. Gavin Harms and Riley Reynolds also scored.

The Bulldogs have used a balanced offensive attack, rushing for 28 touchdowns and throwing for 10. Wegener has 891 yards and 15 touchdowns. He is averaging 16.2 yards per carry. Schmidt has six touchdowns and Bawden has four.

Manske has thrown for 940 yards and the 10 scores.

Gavin Harms has 356 for six touchdowns as well.

Trey Mathis is coming off a career performance of 306 yards and four scores and will look to keep the Lynx in the district chase with an upset victory over the ninth-ranked Mustangs.

Mathis is second in 3A with 1,102 yards and attempts (167), but leads the class in touchdowns with 21. Backfield mate Garrett Whitmore has put together a solid season as well, running for 658 yards and six scores.

On the defensive side of the ball, Tyler Olson leads 3A with nine interceptions. Mathis has 34 tackles, while Jack Van Diest (32), Jamin Stuhr (24) and Connor Hansen (23) are the leaders in tackles.

The Mustangs are coming off a 30-6 win over Boone. Quarterback Ty Walker was 10-for-15 passing for 211 yards and three touchdowns. Isaac Boley had 68 yards on five grabs and two scores. Caden Grimes had a 33-yard touchdown. Zach Brand had 73 yards and a score.

Walker has thrown for 791 yards and nine touchdowns. Huston Halverson has three touchdown passes. Luke Busby has 315 yards and four scores, while Brand has 253 and two touchdowns.

Seven different receivers have caught touchdown passes. Boley has three, while Grimes, Cody Hall and Busby have two each.

The Mustangs are trying to get off the snide of a 33-0 loss to Harris-Lake Park, but will have a tough task with the second-ranked Hawks.

Remsen St. Mary’s has pitched three shutouts this season and are coming off a 57-0 win over West Bend-Mallard last week.

Jeremy Koenck rushed for 140 yards and a 46-yard touchdown. Blaine Harpenau visited the endzone four times with a long of 30. Levi Waldschmitt had two touchdowns and Harpenau had one touchdown pass.

Also pacing the ground attack is Koenck who has seven scores and 584 yards.

Waldschmitt and Austin Jensen have eight touchdown catches each.

Six different Mustangs have reached the endzone on the ground, led by Trey Jungers’ eight. Hunter Christiansen has rushed for 474 yards and three scores.

Humboldt was right with Webster City until the final whistle last Friday and will end the season with a two-game road trip.

In their two district losses the Wildcats have lost by five and six points. Last week Jamison Heinz had 121 yards rushing and two scores, while Caden Matson threw a touchdown pass to Caiden Baker.

Heinz has 767 yards on the ground and nine touchdowns with a long of 67. Jacob Thurm has thrown for 456 and three scores.

Carroll is coming off a 49-0- victory over Perry, where they attempted only two passes.

The Tigers rushed for 416 yards and seven touchdowns behind 100-yard rushers Ryan Johnston (149) and Korey Nieland (103). Johnston had three scores and Nieland had one.

For the Tigers Colby Vincent has 927 yards passing and 10 scores. Nieland has 389 yards and four scores, while Johnston has 354 and seven scores. 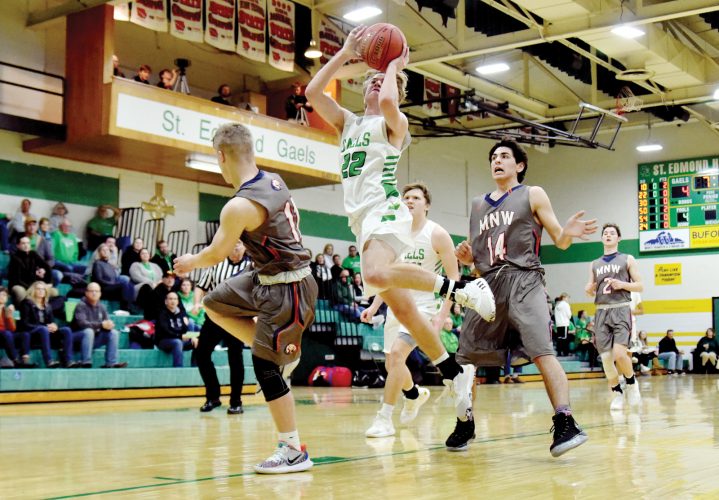