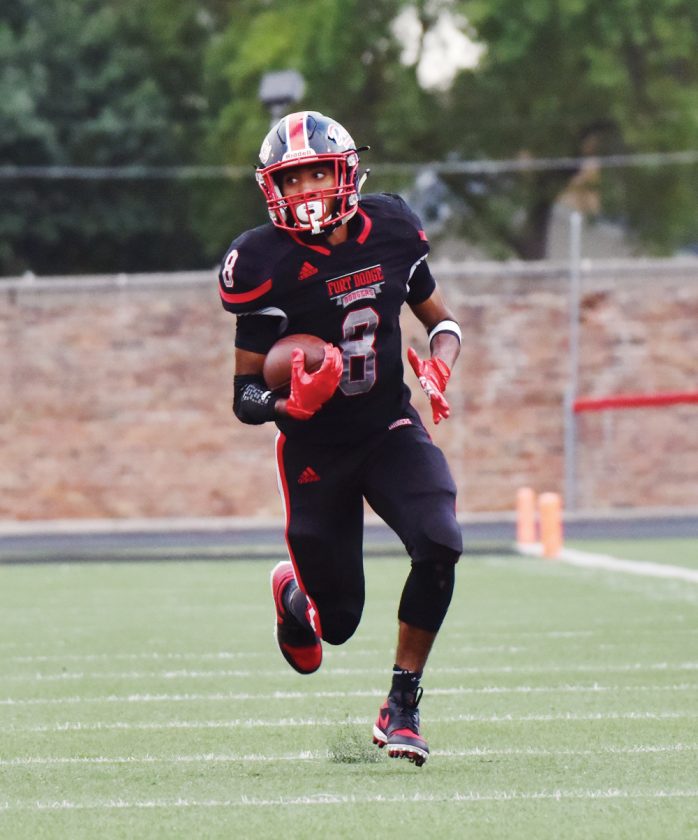 The initial set of rankings to determine at-large prep football qualifiers was released on Monday, along with the latest Associated Press polls.

Like last season, a Ratings Percentage Index (RPI) will be used to complete the playoff brackets later this fall, as at-large selections join the district champions.

Three factors go into finding the RPI for each team in each class: record, opponents’ records, and opponents’ opponent records.

In Class 4A, Fort Dodge is currently 12th at 4-2 overall after a two-point loss at Des Moines Roosevelt. The Dodgers did drop from the AP Top-10, as they are 13th. The Roughriders moved up two spots to seventh with the win.

Five teams from Fort Dodge’s district are ranked in the RPI Top-12, including No. 3 Ankeny Centennial, who the Dodgers visit this Friday. Roosevelt is sixth, Marshalltown seventh and Southeast Polk ninth.

Algona, coming off a 41-8 victory over Clarion-Goldfield/Dows, remained third in the AP poll. The Bulldogs have scored over 34 points in all six games, and allowed under eight three times.

Southeast Valley suffered a setback to Spirit Lake a week ago, but has played one of the toughest schedules with the record of its opponents sitting at 32-22.

Despite being ranked sixth in 1A, South Central Calhoun is just 11th in the first RPI. The Titans (6-0) have allowed only 27 points on the year and are coming off a hard-fought 21-6 victory over South Hamilton.

Emmetsburg sits just outside the Top-16, as the E-Hawks are 17th despite being 3-3. They have also played a tough schedule, as their opponents are 39-15 on the season.

In eight-man, Newell-Fonda (5-1) is 10th in the RPI. The Mustangs are also just outside the AP rankings.