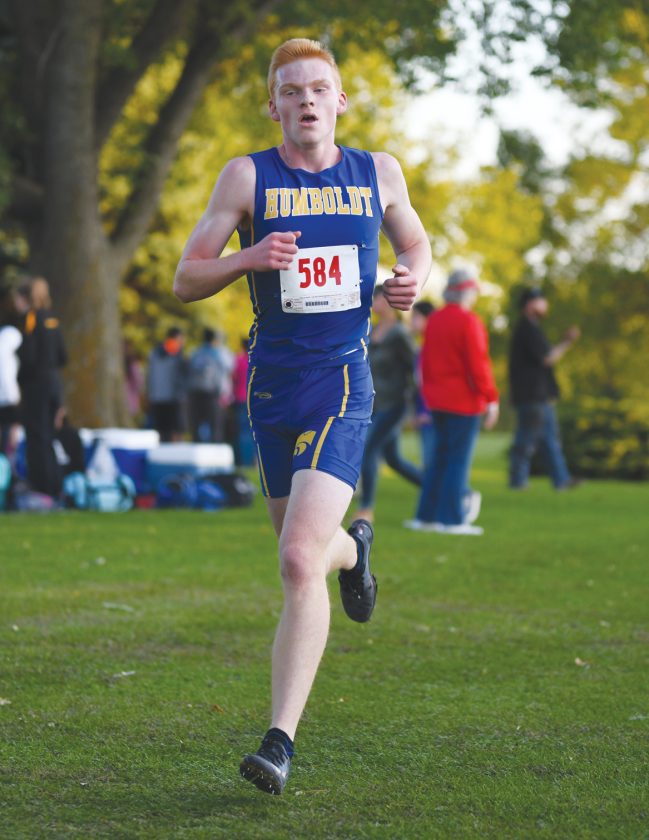 EAGLE GROVE — Humboldt’s Quinton Orr and Bryce Gidel once again found themselves on top of the podium after winning the Dick Bell Invitational in Eagle Grove.

Gilbert was the team champion (37), placing four runners in the Top-10, with the fifth crossing in 11th place.

The Wildcat boys were second with 51 points and three runners in Top 10 and all-five counters in Top-21.

Algona had three runners place in the Top-10, led by Carley Mullins (21:43) in fourth place. Brooklyn Helmers (22:02) and Moriah Knapp (22:03) were seventh and eighth respectively.