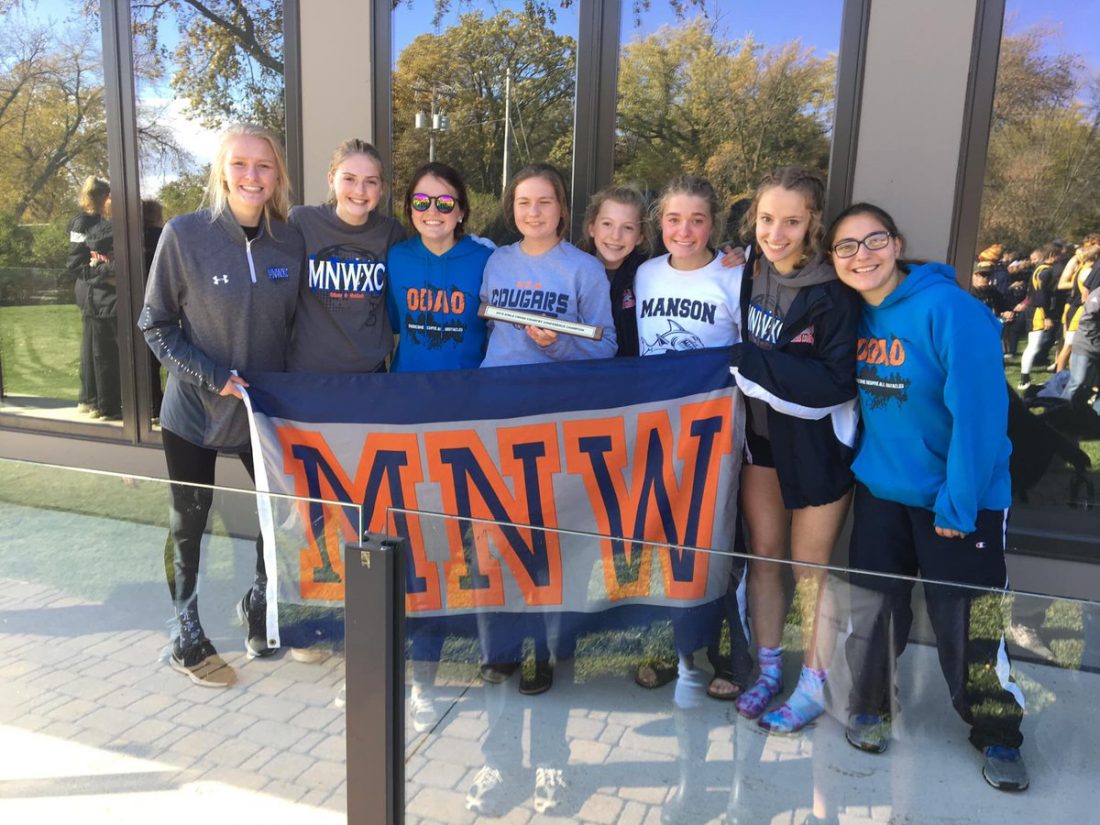 EMMETSBURG — With district cross country set for Thursday, Maddie Moline and the Manson Northwest Webster girls appear to be hitting their peak.

On the boys side, Sioux Central was crowned champions with four runners in the Top-10 led by race winner Wyatt Erickson. Pocahontas Area was second in the team race and Manson NW third thanks to Quinn Lachelt’s silver finish.

Moline, a state qualifier for MNW, clocked a time of 19:28. The junior led a pack of runners from her school, as Oswald finished in 19:40 and Paige Condon placed fourth.

“Winning the TLC (individual title) means a lot to me, but being able to take home the team title with my teammates means even more,” Moline said. “To have Preslie and Paige run right up there with me was amazing. They fought hard and every single girl on the team ran their hearts out and it showed.

“We knew taking down Emmetsburg was going to be tough. They are a ranked Class 2A team and have strong numbers, but we knew we could compete with them. The belief in ourselves resulted in this title, the first-ever in MNW school history.”

The Cougars will now prepare for Thursday when they head to Holstein for a 1A district meet hosted by Ridge View.

“Winning conference girls our team a lot of confidence heading into districts,” Moline said. “We had a slow start at the beginning of the season, but we really started to amp it up toward the end. Our confidence has been slowly building over the last couple of weeks but winning conference over Emmetsburg helps a lot.

“We are ready and fired up for districts to see what we can do.”

Gabrielle Janssen led the E-Hawks, as she finished third in 19:45. Isabel Doyle was ninth with Isabella Householder placing 14th and Haley Foxhoven 15th.

Lachelt, a junior, clocked a time of 17:02 to just edge out Sioux Central’s Isaiah Wilson for second. His MNW teammates Thade Lachelt and Lane Moline were 18th and 19th overall.