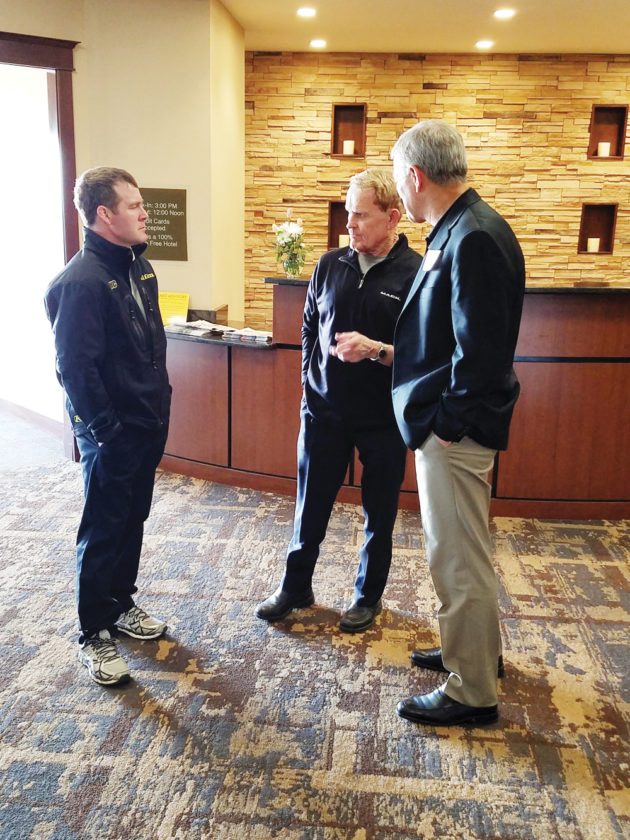 IOWA CITY — Fort Dodge businessman Larry Clement is being honored as the University of Iowa’s National I-Club volunteer of the year during the Homecoming festivities at Kinnick Stadium on Saturday.

The 74-year-old Clement will be recognized on the field during the Hawkeyes’ game against Purdue, which kicks off at 11 a.m. Clement and his family will be an honorary guest in Iowa’s athletic director suite during the contest.

A native of Newton, Clement has been an ardent supporter of Hawkeye athletics for decades and has served as a leader within the Webster County’s chapter of the I-Club during the duration of his time in Fort Dodge.

Clement is a well-known midwest business owner and instrument-rated private pilot who made a name for himself on the national auto racing circuit as a car owner as well. He is president of Clement Aviation Inc., which operates in both Fort Dodge and Sioux Falls and specializes in King Air and piston aircraft sales.

Clement had an ARCA racing team from 1993 through 2008, finishing as the second all-time winningest ARCA car owner with 75 career victories — including 70 with the legendary Frank Kimmel.

Clement was inducted into the Iowa Hall of Fame and Racing Museum in 2018 in the owner/mechanic/builder/manufacturer/car sponsor category. He began his racing career at the Hamilton County Speedway as a competitor.