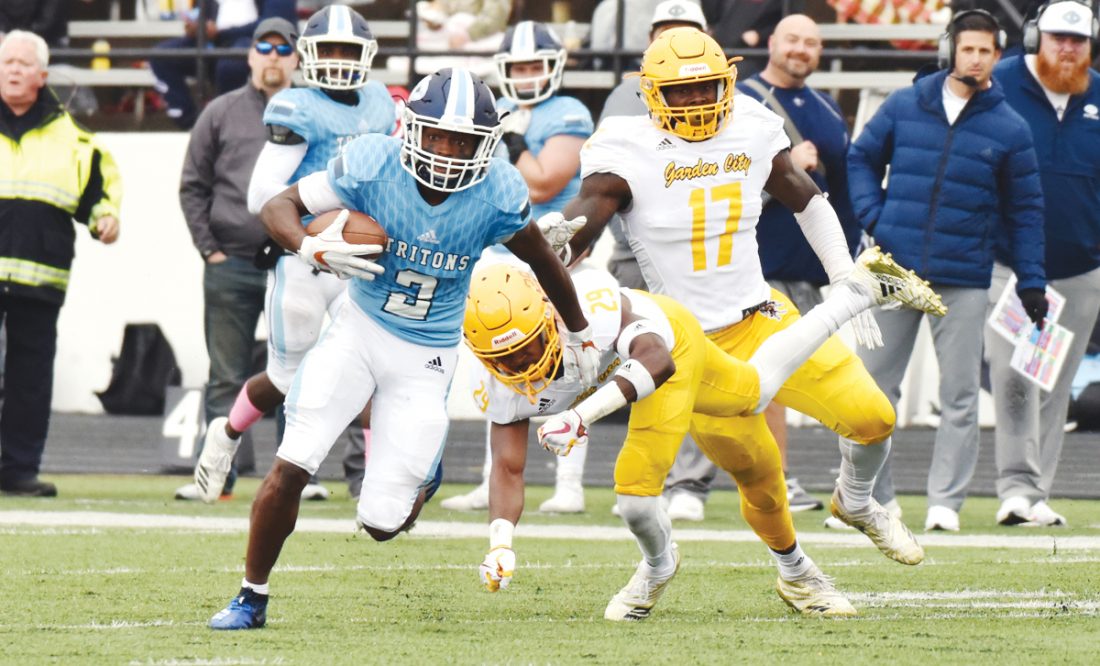 For the first 28 minutes here Saturday, the Iowa Central football team looked poised to beat anybody in the country.

But a monumental swing on the scoreboard late in the first half resulted in No. 12 Garden City leaving Dodger Stadium with a 43-27 victory here Saturday.

The Tritons (3-4 overall) suffered their third consecutive loss and fell for the first time at home since early last year.

“We have a lot of things to correct,” ICCC head coach Jesse Montalto said. “We have up too many big plays, had too many times where momentum changed in their favor and we didn’t adjust.”

The Broncbusters (5-2), who were national runners-up a year ago, turned a 27-13 deficit into a 29-27 lead shortly before halftime with two touchdowns and a safety in the span of 59 seconds.

Ramon Jefferson ran for 203 yards and scored on a 46-yard touchdown run, Jadon Hayes had 83 yards and a rushing TD, and DJ McCullough returned a kickoff 80 yards for another score.

All of that wiped away an incredible start by Arthur Brantley, as he hit his first nine passes for 195 yards and four touchdowns to put Iowa Central up.

“We came out and were able to execute just like we wanted,” Montalto said. “Arthur looked great and we matched right up with what we knew they were going to do. A few questionable calls went against us and took points off the scoreboard, and we didn’t respond to that.

“We knew Garden City would be tough and physical for four quarters. They have a full-time strength coach and they are a big, physical team.”

Brantley was 12-for-18 for 211 yards before leaving the game late with an injury. DJ Irons, who took the first snap, subbed in for Brantley before being forced out with an injury himself.

The loss was the first in the last six home games for the Tritons, as they fell to 7-2 under Montalto at Dodger Stadium. They also had played three consecutive road games in three different states, and now head back out on the road to meet Dodge City and Ellsworth.

“Our schedule isn’t necessarily set up for success,” Montalto said. “But it is what we were dealt. We’ve got to be able to handle and need to get a win next week.”

Kevaughn Dingle, who played at Iowa Central last year, caught five passes for 50 yards for Garden City, who has won three in a row and all six meetings with the Tritons in the series.