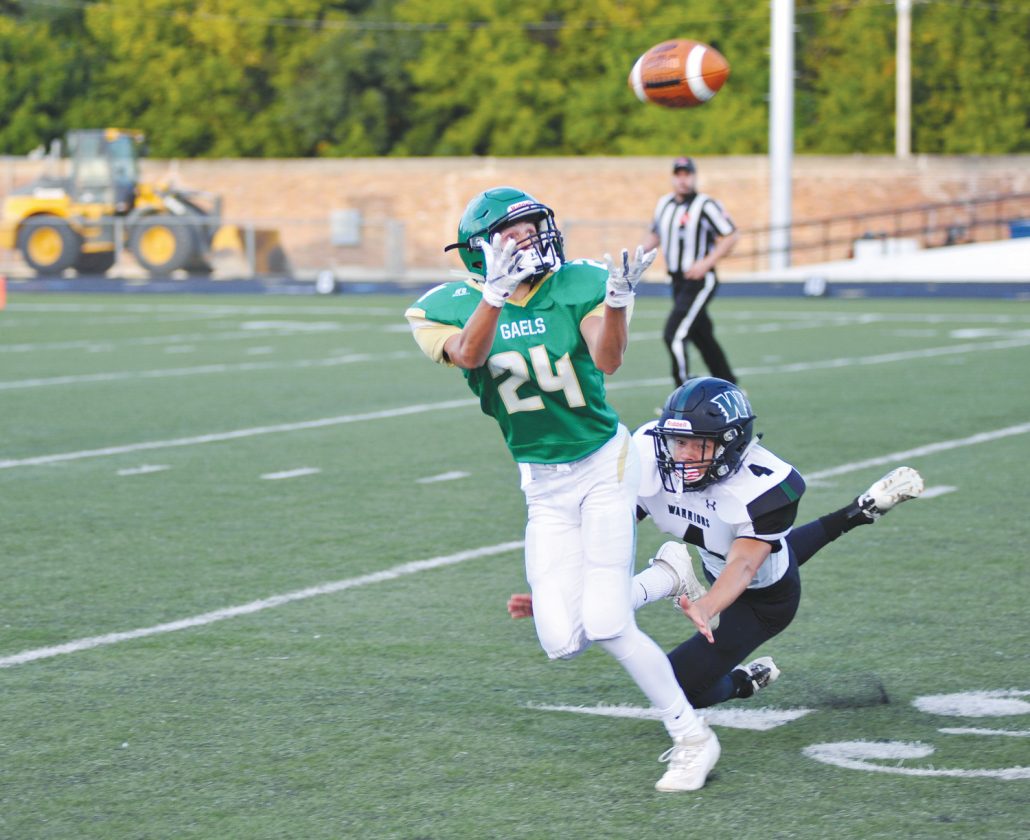 Matt Dillon knows there are plenty of distractions during Homecoming week, but the St. Edmond head football coach is hoping it serves as a motivator.

The Gaels welcome in Sioux Central to Dodger Stadium Friday night. Kickoff is set for 7 p.m.

“It’s tough because there is a lot of other things going on, but we need the kids to focus on Friday night and the game,” Dillon said. “This is one that you remember for years and years after.

“We’ve had a pretty smooth week outside of having to practice inside because of the rain. But our JV picked up a big win and the kids gained some good confidence from that.”

Junior Kase Baker had a career-game, carrying the ball 22 times for 174 yards including a 65-yard touchdown. He has a team-high 431 yards on the year.

Devon Wirtz, also an 11th-grader, made his first start at quarterback in place of Drew Schaeffer, finishing 7-for-10 for 45 yards. Baker caught two of his passes, as did Quinten McCarville and Parker Oswald.

“Drew is a game-time decision,” Dillon said. “He’s been running on it more this week, but is still battling it.”

Along with Schaeffer being injured, senior Charlie Shelly is sidelined with an ankle injury and junior Sean Flattery was forced to miss time last week with an injury of his own. Flattery has ran for 321 yards and Schaeffer has 25 completions for 298 yards.

“We have to find some consistency on offense with both the run and pass,” Dillon said. “It is a slow process, but we are headed in the right direction.”

Sioux Central (3-2, 1-0) kicked off district play with a convincing 35-0 victory over Ridge View, improving to 3-1 over the last four. The Rebels ran for 369 yards, including 151 from Jayden Harder and 130 by Jacob Saunders.

In those three wins, Sioux Central has allowed just eight points and scored over 18. They have forced 10 turnovers on the season.

Harden leads the team with 661 yards and five TDs followed by Saunders (264) and Teagan Pritchard (223). Saunders is also the starting quarterback, having thrown for 106 yards with two touchdowns and three interceptions.

The Rebels went 7-2 last year, earning a 42-12 victory over the Gaels. They were left out of the playoffs, though, by district foe Alta/Aurelia.

“We have to force them into long yardage situations and make them throw the ball,” Dillon said. “We know what they are going to do and we know what to look for, but it is all about being able to stop it.”