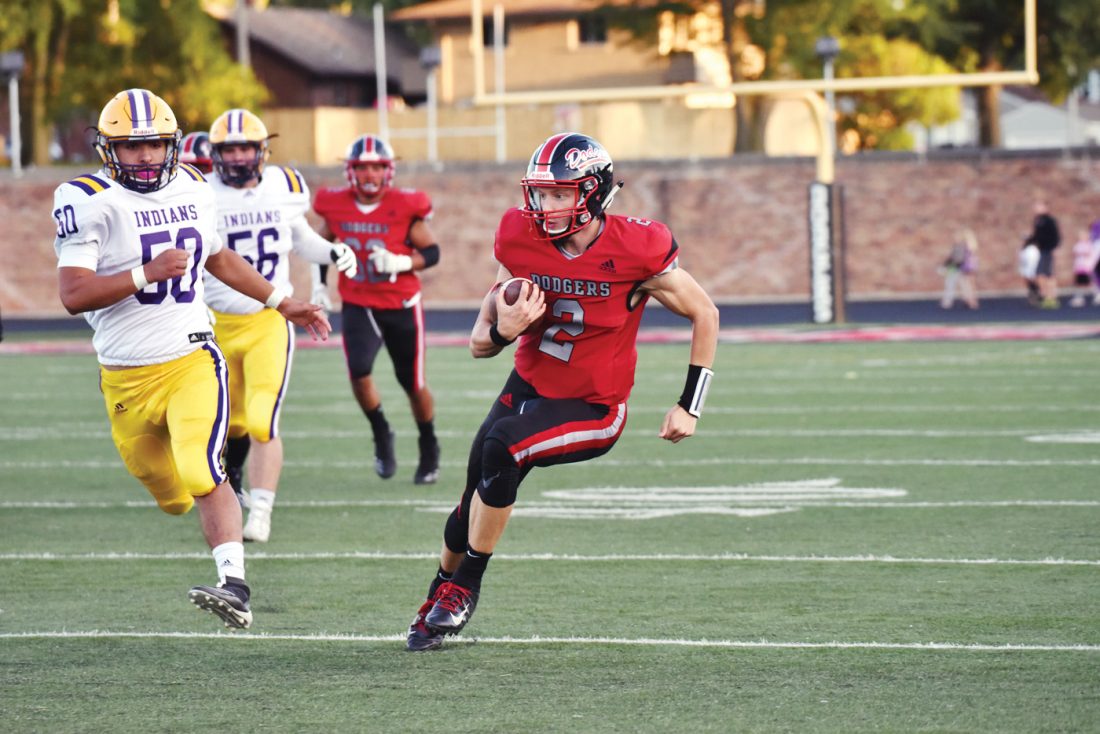 Fort Dodge head coach Matt Miller has emphasized the importance of self-control — both literally and figuratively — all season long.

Miller expects the Dodgers to play with an increased level of discipline on the field, of course, but he also wants his players to worry more about their own performance than the team they’re lining up against week in and week out.

That message will never ring more true than on Friday, when Fort Dodge (4-3 overall) tries to end a three-game losing streak against winless Sioux City West (0-7). Kickoff on Senior Night is set for 7 p.m. inside Dodger Stadium.

Miller admits his squad is well aware of the Wolverines’ struggles this year. West has been shut out four times, and given up at least 57 points in each of the last four contests.

The coach also insists FDSH is in no position to judge or take anything for granted, given the Dodgers’ three consecutive losses — all to ranked opponents.

“This is more about us — how we can bounce back and get momentum back on our side — than who we’re playing these next two weeks,” Miller said of hosting the Wolverines and Marshalltown with the potential reward of a playoff berth at the end of that tunnel. “We have to play with a renewed sense of commitment and urgency. Otherwise, we’re going to be packing up early next weekend.

“I don’t care what (West has) done or what their record is. We have to take care of business and do it with some confidence. We’ve had a solid week of practice and we’ve really focused on every detail possible to prepare for this game. I want to see if our guys can extend the season as far as possible from here on out, because there’s enough talent in that locker room to do it.”

Fort Dodge was flying high at 4-0 with a No. 4 ranking before having its heart broken on back-to-back weeks by seventh-rated Southeast Polk and No. 6 Des Moines Roosevelt. The Dodgers were then roughed up last Friday at fourth-ranked Ankeny Centennial, leaving their margin for error the rest of the way at zero.

“We’ve lost to some quality opponents,” Miller conceded. “That doesn’t make us any less of a program. Our guys still believe. But now they have to go and do it, or we’ll just be playing for pride. And I think we’re too good to leave ourselves in that situation.”

Fort Dodge advanced to the postseason last year, which was their fifth campaign of six wins or better since 2009. In order to again reach 4A’s version of the sweet 16, the Dodgers must regain their rhythm in a hurry.

Senior quarterback Asle Thorson ranks fifth in 4A with 1,334 passing yards, and second with 14 touchdowns. Classmate Tysen Kershaw, who became the school’s all-time leading receiver and just the 11th 4A wideout ever to clear the 2,000-yard career hurdle, is fifth this season with 489 receiving yards and fourth with seven scores.

“I think we can kind of re-establish ourselves and our identity these next two weeks,” Miller said. “We talked to the seniors especially about taking ownership the rest of the way: they’re only guaranteed two more games. But they’re both at home, so make them count.”

“They’ve used a lot of underclassmen, but there is some talent there,” Miller said. “We want to be in a better position after 48 minutes (Friday) than we were before we kicked off. Our playoffs start now. We’re in Week 1. Our focus is on making it to Week 2.”