Dodgers play for spot in 4A playoffs 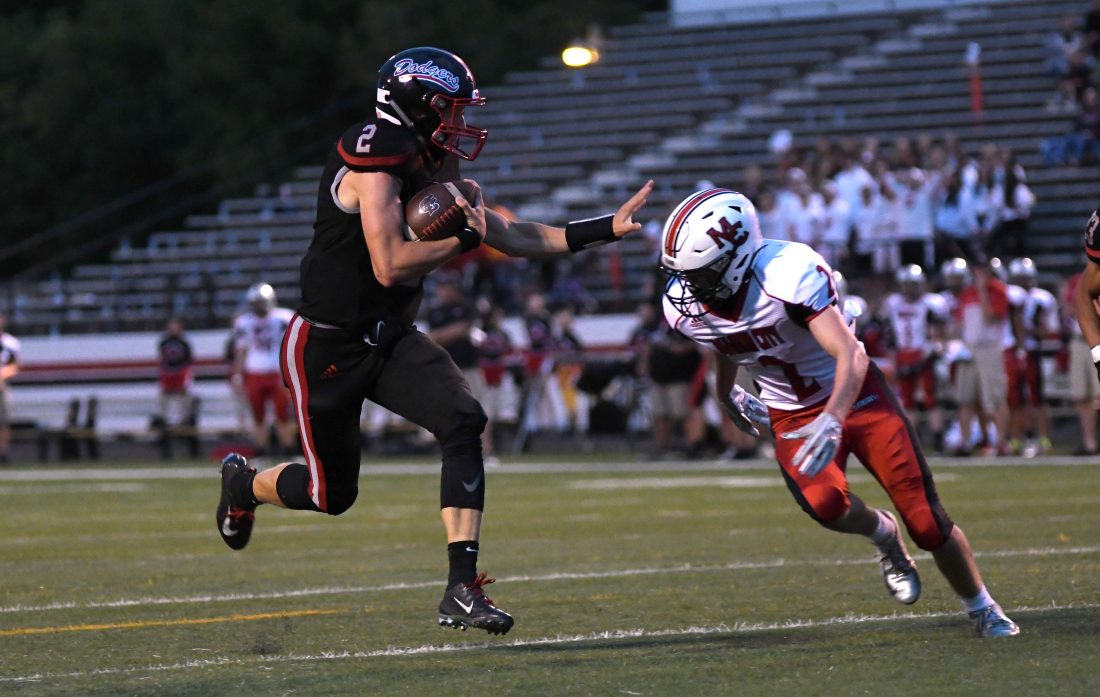 It all comes down to this for the Fort Dodge football team.

The Dodgers put their playoff hopes on the line in their regular-season finale against the Marshalltown Bobcats, a long-time rival with postseason aspirations of their own.

Kickoff is set for 7 p.m. on Friday inside Dodger Stadium.

Head coach Matt Miller’s squad carries a 5-3 overall record into the matchup, and Marshalltown has an identical mark. Only three spots separate FDSH and the Bobcats in the most recent Class 4A RPI rankings, which will help determine the 2019 playoff field this weekend.

“If you can’t get excited for a game like this, you shouldn’t be a part of high school football,” Miller said. “The last home game of the year for our kids and the last home game period for the seniors, with so much to play for. As I’ve said before, there are a lot of teams out there who would give almost anything to be playing a meaningful Week 9 game.

“We have to make the most of this opportunity.”

Both the Dodgers and Marshalltown were 4-0 after the first month of the campaign, with Fort Dodge ranked fourth and the Bobcats ninth. A challenging District 2 schedule — which includes the likes of No. 4 Ankeny Centennial, sixth-rated Southeast Polk and No. 10 Des Moines Roosevelt — had the squads licking their wounds and in make-or-break mode the rest of the way.

“We’ve gone through the same kind of adversity on paper, being challenged to weather the storm and then right the ship,” Miller said. “We’re hoping we’re on the other side of it now, trying to do something not many Dodger teams get a chance to do historically speaking.”

Fort Dodge is attempting to reach the playoffs in consecutive years for just the fifth time under the current 16-team playoff format, which was adopted in 1978. The Dodgers are also aiming to earn a sixth regular-season victory for the sixth time since 2009 — something the program accomplished on only five different occasions from 1985-2008.

“I will say this: our coaching staff and our players have worked incredibly hard this week to prepare for Marshalltown and Marshalltown only,” Miller said. “We’re not looking ahead and we’re not assuming anything.

“We want to take the next step and have a game next week, but we’re going to have to earn it.”

Fort Dodge is relatively healthy; only senior linebacker Tyler Nichols is currently sidelined, though Miller added, “that’s a big loss for us. Tyler is one of our best communicators and a real leader on our defense.”

Miller has been impressed with the Bobcats’ rush attack, which ranks in 4A’s Top-10 for yards per carry.

“They have good size up front, including a really strong offensive tackle,” Miller said. “And they’re solid at linebacker. Their skill kids are big.

“We’re going to have to try and get our guys out in space and force them to chase us around a little. Our defense will be ready. And we have to continue to execute consistently on offense.”

Seniors backs Kabba Pins (444 yards) and Carson Beals (387) lead the Marshalltown offense, while junior Brendan Bates has completed 58 percent of his passes for 767 yards and 12 touchdowns. Junior Carson Williams has 284 receiving yards, with senior Will VanBuren close behind at 264.

Dodger senior quarterback Asle Thorson has thrown for a 4A-high 17 touchdowns, completing 65 percent of his passes for 1,410 yards. Senior all-stater Tysen Kershaw has 42 catches for 510 yards and eight scores.

Junior Dayson Clayton, who has missed all but a few snaps the last two weeks with an ankle injury, should be back close to full strength this week. Clayton has rushed for 582 yards at 6.4 yards per carry.

Senior linebacker Austin Lee tops the program in tackles, tackles for losses and fumble recoveries. Fort Dodge has forced 27 turnovers this season, which is tied for the second-most in school history.

Fort Dodge is 5-1 in the last six encounters.