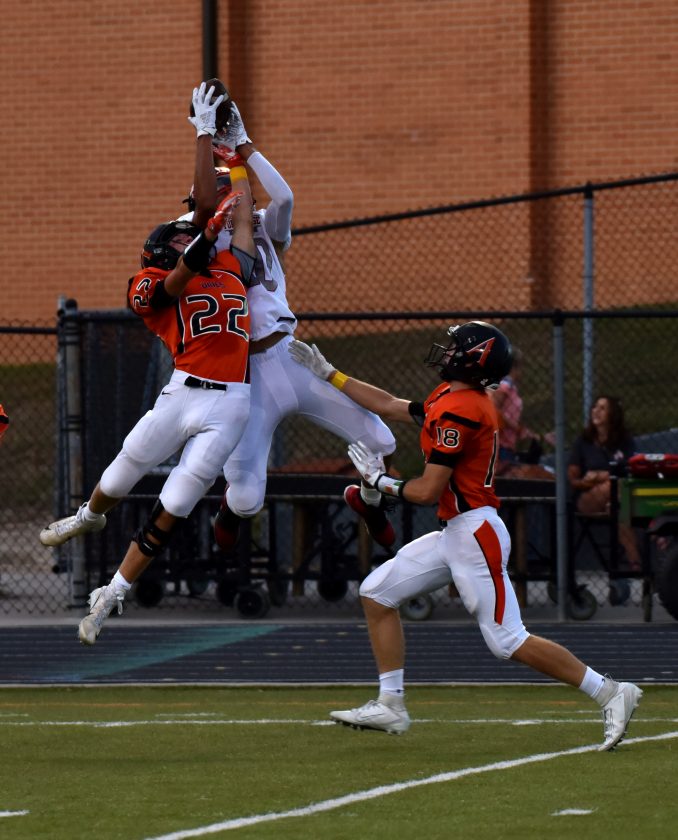 -Messenger photo by Britt Kudla Fort Dodge's Tysen Kershaw caught a pass for the Dodgers against Carroll on Friday night. Kershaw is shown here against Ames.

ANKENY — Head coach Matt Miller insists there is no need for the Fort Dodge football team to panic, despite consecutive razor-thin District 2 losses that have the Dodgers scrambling a little heading into Friday’s road showdown with No. 4 (Class 4A) Ankeny Centennial.

The challenging stretch in the schedule continues for Fort Dodge (4-2 overall, 0-2 district), which faces its third consecutive ranked opponent in the Jaguars (5-1, 2-0). But Miller continues to remind his squad that a three-point loss to No. 8 Southeast Polk and a two-point setback at No. 7 Des Moines Roosevelt means his Dodgers are right in the thick of the hunt rather than wandering aimlessly on the outside.

“We’re disappointed in the end result of the last two weeks, obviously, because we’re a play here and there away from being 6-0,” Miller said. “But sitting at 4-2 heading to Centennial and then getting two home games to finish (the season) isn’t ‘abandon ship’ time. We’re fine. If anything, we’ve proven quite a bit about ourselves even though we haven’t been at our best (recently).

“When you get beat 41-7, there’s not much to say because there are no magic 35-point plays. But sometimes when you go through a few close losses, it almost tends to make everyone second-guess things here and there. It’s not as cut and dry as losing big, but it also makes you feel like you’ve missed some opportunities, which we have. All hope isn’t lost, though. Not even close.”

Fort Dodge finds itself seeded 12th in the first RPI rankings, which were released on Monday. The system takes the Top-16 teams at the end of the regular season for the 4A playoff bracket.

From District 2 alone, Centennial is 3rd, Roosevelt 6th, Marshalltown 7th and Southeast Polk 9th, along with the Dodgers.

“Centennial is an outstanding program that’s used to winning, and they don’t beat themselves. That’s what we’re striving to become at this point: a team that can consistently execute without making drive-killing mistakes or turnovers. We have to be able to rid our system of that and show we can work through the adversity and still stick together.”

The Jaguars, who have only lost to six-time defending state champion West Des Moines Dowling, are rounding into form with all-state tailback Avery Gates back in the mix. Gates was injured during a season-opening win over rival Ankeny, but returned two weeks ago against Marshalltown to help bolster Centennial’s ground-and-pound attack.

Gates has rushed for 286 yards at over six yards per carry. Junior Tyler Johnson (481 yards) filled in admirably during Gates’ absence, and is also a threat.

A year ago, Gates ran for 1,150 yards and 17 scores at nearly 14 yards per attempt. Offensive lineman Brady Petersen, an Iowa State University commit, anchors an experienced unit up front.

Quarterback Hayes Gibson has attempted just 73 passes through six weeks, with 624 yards and five scores to his credit. Dylan DeAngelo has 288 receiving yards on only 13 receptions.

“There’s no secret that they’re going to establish the run and play tough defense,” Miller said. “That’s a staple in their program year in and year out. They’ve been one of 4A’s better teams (Centennial is 55-17 since splitting from Ankeny and becoming its own school in 2013), and they’ll be ready for this one (after the Dodgers pushed them to the brink in a 49-44 loss last season). They’re all about fundamental football.”

The weather has again played a role in preparation for this week’s contest, and it’s supposed to be particularly chilly on Friday night. Temperatures are expected to be in the mid- to high-30s, which is “as cold as it’s been in a long time” for a regular season contest, Miller acknowledged.

“We’ve been practicing in the Sam Moser indoor facility a lot with the rain,” Miller laughed, referring to the Dodger gym. “As for (the conditions this evening), we’re all in the same boat. Our players, their players; our coaches, their coaches. We’ll be dealing with it equally. That’s not going to be an excuse.

“I thought we had a solid approach in practice and preparation, and we’re not so down on ourselves that we are in a bad way mentally. It’s just a matter of competing to the best of our capabilities, seeing what happens, and then moving forward to (Sioux City) West and Marshalltown.” 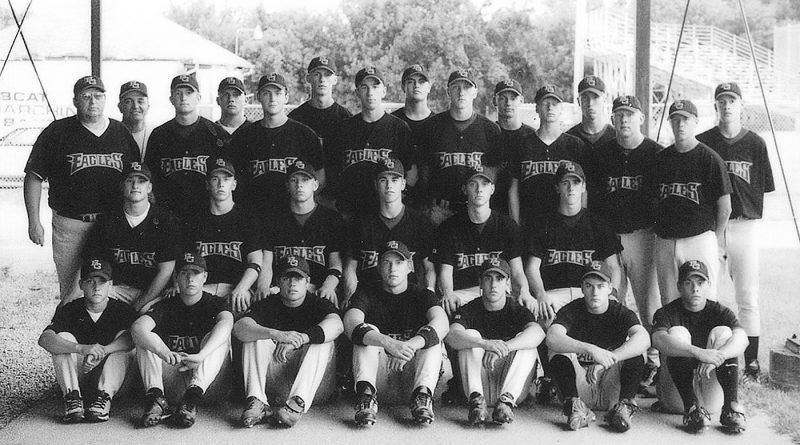