ROGERS PARK: THEN AND NOW 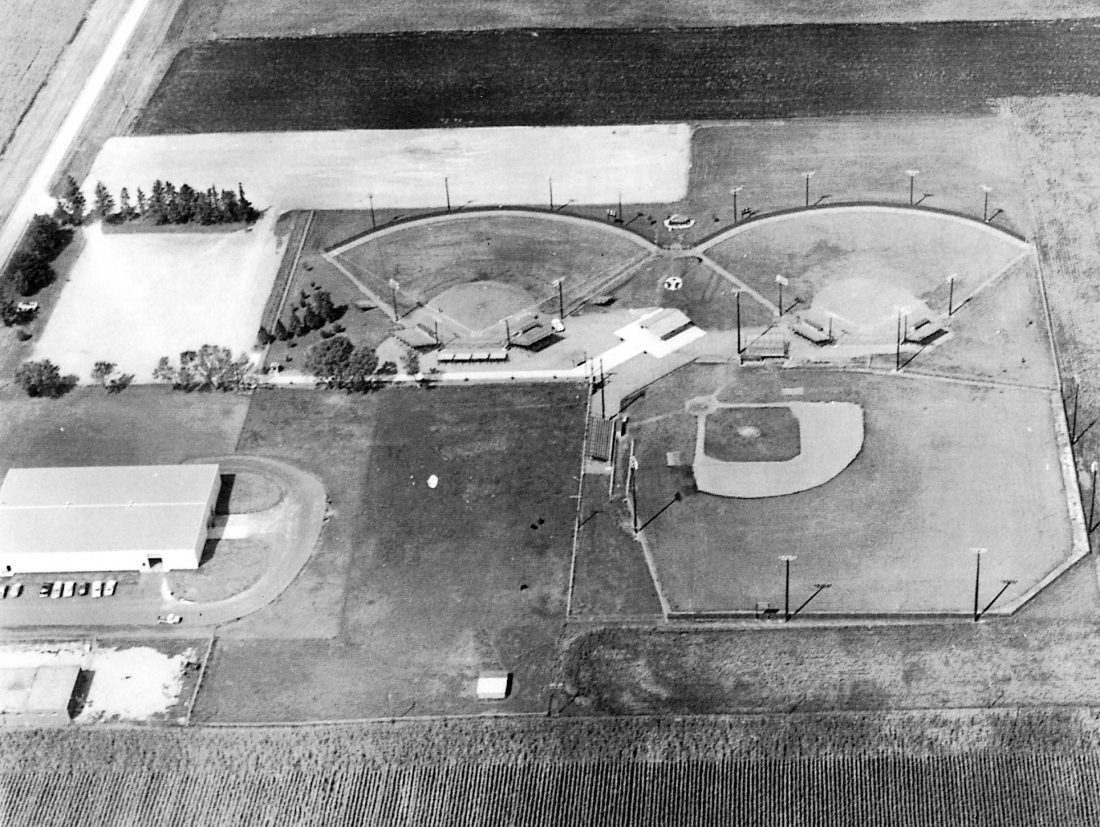 Fifty years ago, a plot of farmland on the northern outskirts of Fort Dodge was officially christened Harlan and Hazel Rogers Sports Complex.

The park will be rededicated this Sunday, as the community celebrates the 50th anniversary of one of its most distinguished landmarks.

City leaders are extending an open invitation to the public for a 2 p.m. event beginning at the Boulevard of Champions entrance. A ceremony to honor one of the facility’s forefathers will follow.

“We really encourage people to stop out, take a walk around the park, and recognize how much Rogers Sports Complex has meant to our community, what it stands for today, and the direction we’re headed in moving forward,” Branderhorst said. “We’re very proud of how far we’ve come and the exciting things on the horizon.

“It’s a special celebratory moment to take a step back and put some perspective on 50 years of growth.”

The north concession stand will bear the name of Dean Williams, an Iowa Softball Association Hall of Famer who initially approached Harlan Rogers in the spring of 1967 about donating land to accommodate the growing need for softball fields in Fort Dodge. Harlan Rogers gave the project the green light after a meeting with Williams, and the municipally-owned complex began to take shape in the fall of ’67.

Though the first official men’s fastpitch game was played on July 11, 1968, Rogers Sports Complex wasn’t formally dedicated until June 11, 1969. The ’69 season was the first full year the 13-acre park was open for business, with two softball fields and a baseball diamond seeing almost daily usage.

The initial Rogers family investment more than doubled by 1975 to add a bigger parking lot and three more softball diamonds. In 2005 and ’06, the “Mini-Major” portion of the complex opened; replicas of Wrigley Field, Fenway Park, Yankee Stadium and Dodger Stadium, along with a dedicated Veterans Field, were introduced on the north side.

Today, Rogers Sports Complex covers over 100 acres of land. There are 11 baseball/softball fields and 13 soccer fields on the grounds. It is home to the Fort Dodge softball team, the St. Edmond baseball and softball squads, the Iowa Central softball program, the city’s annual “Shellabration” concert, local slow-pitch softball leagues, and numerous youth baseball, softball and soccer leagues and tournaments. Over 1,000 games are played on its fields every year.

The 50th anniversary celebration of state softball in Fort Dodge will take place in July of 2020.