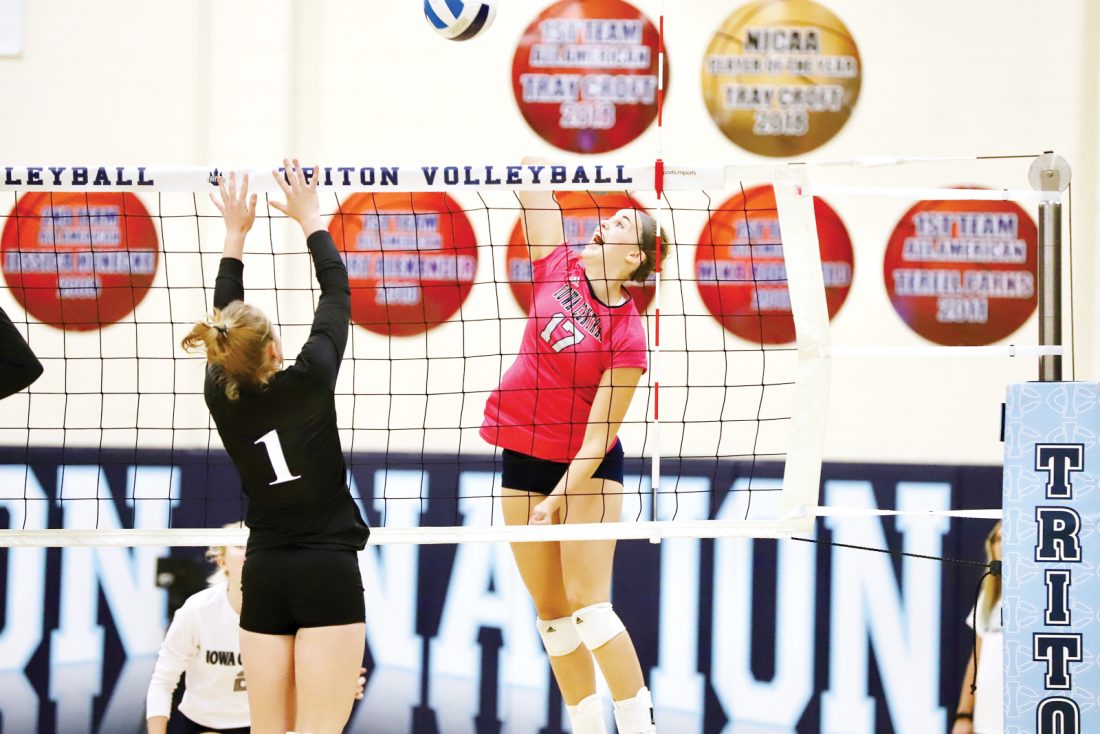 Scores were 25-13, 25-8 and 25-15 in favor of the Tritons, who improved to 7-1 overall on the young season. It was the third consecutive three-game sweep for Iowa Central in their conference debut.

As a team, Iowa Central finished with 61 digs and 36 kills — including 17 in the final game.

The Tritons return to action on Friday at the Yellowjacket Invitational in Rochester, Minn. against Bismarck State at 11 a.m. They square off with Madison College at 1 p.m.