Gaels try for three in a row 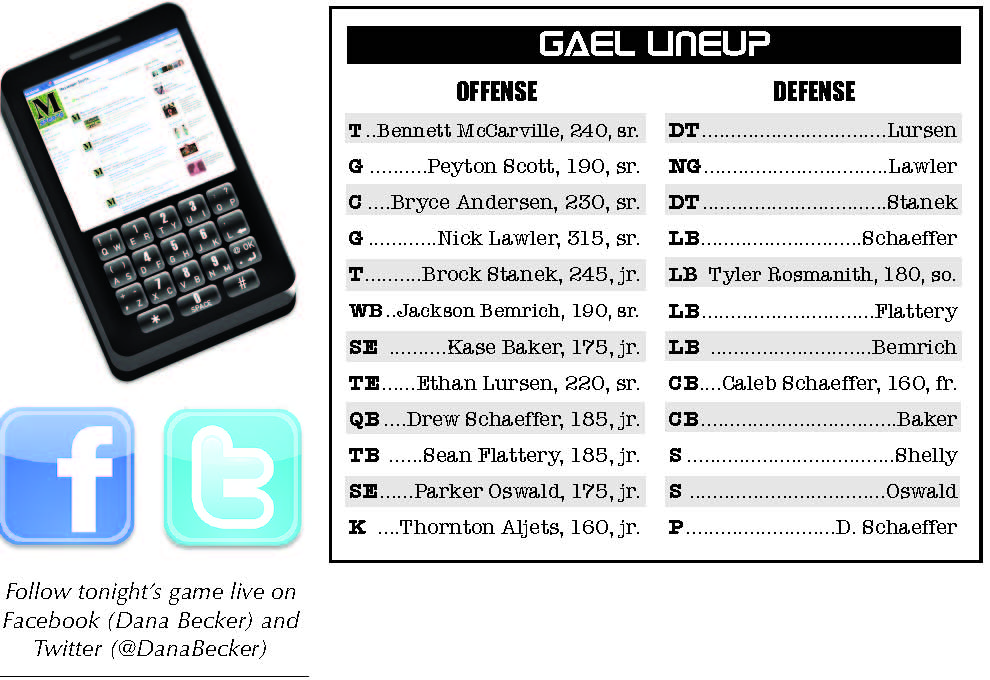 For the 12th consecutive season, the St. Edmond and Bishop Garrigan football teams will square off.

After not facing each other in 2006 or ’07, St. Edmond won seven straight, including back-to-back shutouts in 2011 and ’12. Garrigan has won each of the past four meetings by an average score of 43-9.

“It’s just always been a good rivalry,” BGHS head coach Marty Wadle said. “Coach (Matt) Dillon has done a good job down there and is keeping things going for them in the right direction.

“No matter the records, or if it’s a district game or not, it’s always something we talk to the kids about. I believe it’s the longest playing Catholic school rivalry in the state.”

Dillon, in his second season at St. Edmond, and Wadle, in his 28th at Garrigan, also share a West Des Moines Dowling connection. Dillon led the school to back-to-back state titles, while Wadle is a Dowling graduate.

St. Edmond will be in search of its third straight win after topping Eagle Grove last Friday, 40-8. Sean Flattery ran for 145 yards and scored four touchdowns, with Kase Baker adding 115 yards from scrimmage and a pair of scores.

Flattery has 230 yards rushing on the year and Baker is second with 193, adding a team-high 80 receiving yards.

The Gael defense had two sacks, four tackles for loss and forced five turnovers, limiting the Eagles to just 157 total yards, much of which came on a late 73-yard run.

“It’s a typical Garrigan football team,” Dillon said. “They are big, physical and will not beat themselves. They have handled the graduation of a large senior class very well, have a really good offensive line and two of the best linebackers in Class A in Alex Mammen and Cade Winkel.”

The Golden Bears, who had their 36-game regular season win streak snapped in Week 1 vs. Emmetsburg, have won back-to-back games over Mason City Newman (20-13) and Lake Mills (22-6).

Kellen Murphy has 199 yards rushing, Marcus Plathe has thrown for 251 yards and ran for 142, Derrick Kirsch has 141 yards and a team-high four touchdowns, and Colby Graves has 135 yards on the ground.

“We are just trying to get better and better every week,” Wadle said. “We should probably be 3-0 and not 2-1, but we made some mistakes and didn’t capitalize on field possession. We’ve made quite a bit of improvement over the last two weeks.”