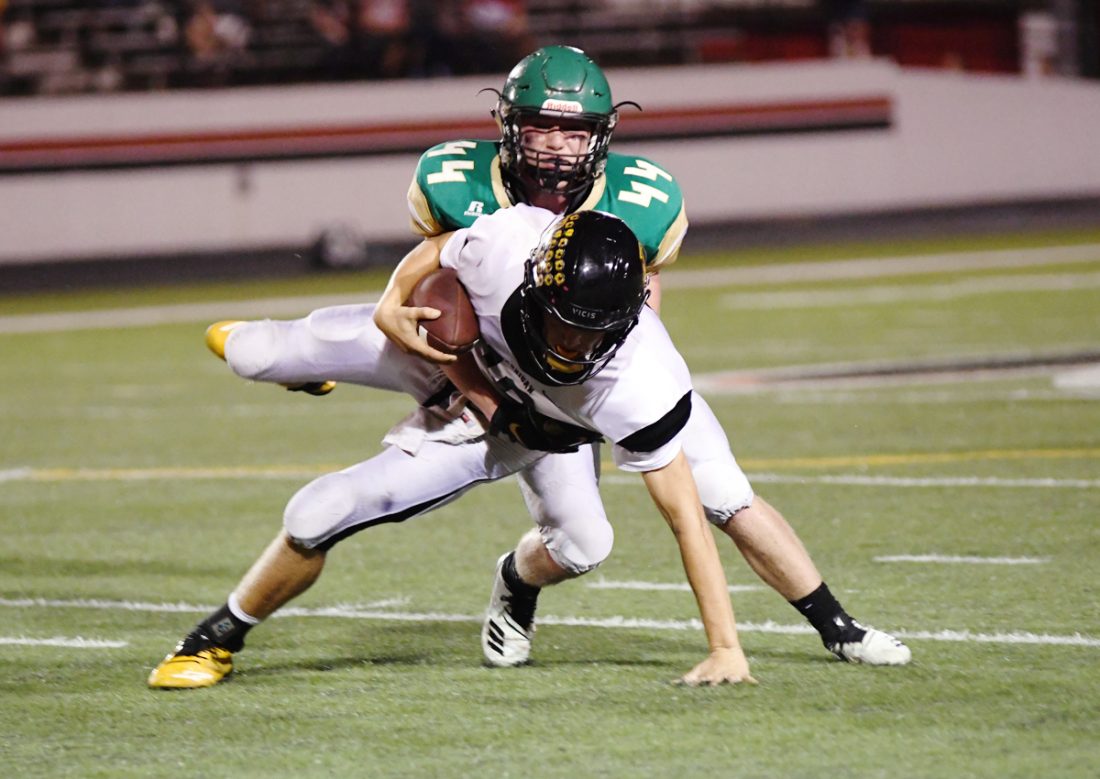 St. Edmond had its two-game win streak snapped last Friday, falling at home to Bishop Garrigan, 28-15. The Gaels led midway through the third, but were unable to hang on.

“I’m proud of the way the guys played hard and never let up for 48 minutes,” SEHS head coach Matt Dillon said. “That’s all we can ask of them. It was just frustrating because we were right there. A few plays in our direction and we might win it.”

Drew Schaeffer completed 10 passes to five different receivers for 107 yards including a touchdown to Ethan Lursen, Sean Flattery ran for 74 yards and a score, and Kase Baker had 99 yards of total offense vs. the Golden Bears.

On the season, Schaeffer has 298 yards passing, Flattery has ran for 304 yards and scored five times, and Baker has 257 yards on the ground and 115 in the air with four total touchdowns.

“Without question, I feel like we are a much better football team right now than at any point last season,” Dillon said. “We were doing it with smoke and mirrors a year ago.”

Kyler Rasmussen, a junior who started last year for IKM, ran for 115 yards and scored two touchdowns in the win. He leads the team with 228 yards on the year, with Amos Rasmussen adding 153.

“They are a good football team that has played a very tough schedule,” Dillon said. “Amos Rasmussen is tremendously fast and has the speed to take it the distance anytime he touches the ball. On defense, they are coming off a much better game and I’m sure they want to back up that win with another.”

The IKM defense has forced four turnovers and Brody Swearingen has four of the nine sacks recorded by the unit.

Last year, the Wolves went 5-4 including a 41-8 victory over the Gaels at Dodger Stadium.