Flaherty sees football behind the lens 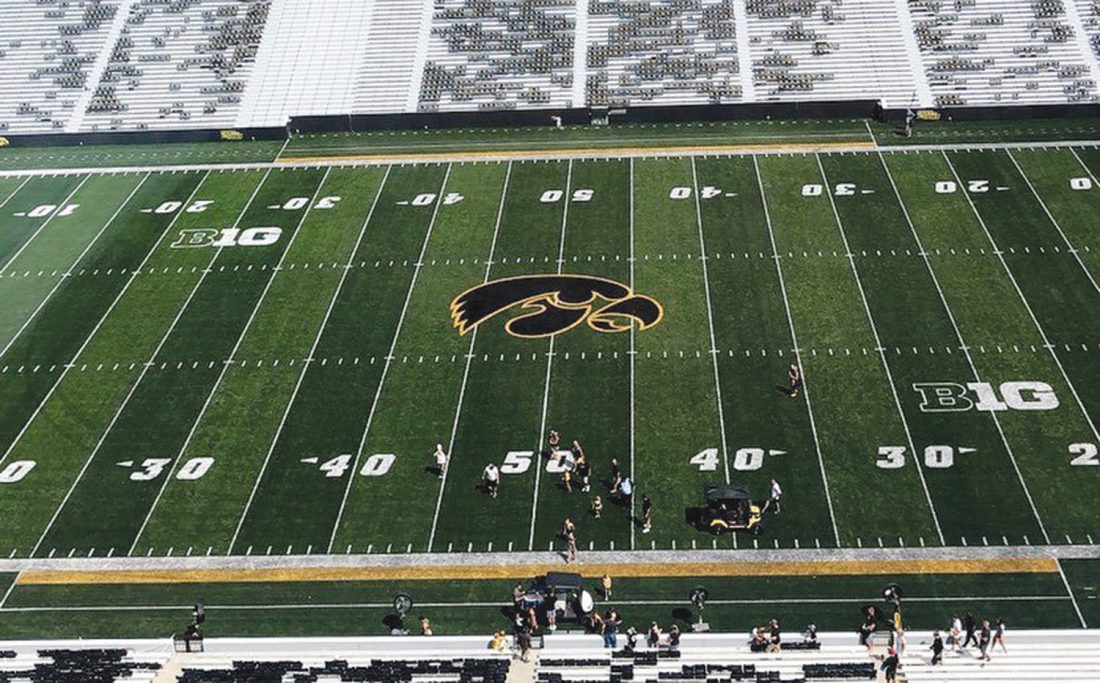 —Submitted photo This is A view that St. Edmond graduate Sean Flaherty sees on Saturdays in Iowa City as a student video assistant.

IOWA CITY — Football was a part of Sean Flaherty’s life from as far back as he can remember.

That’s when a meeting back home helped get the current University of Iowa student back into the sport.

Flaherty is a student video assistant for the Hawkeye football program, working with a team of people just like him to help Kirk Ferentz and the Iowa coaching staff prepare for upcoming games.

“Whether it was watching games yelling at the TV with my dad, to going to games with my grandpa, I’ve always been around football,” Flaherty said. “It has always been apart of my life. Football was my favorite sport to play in high school and to be able to be so close with it again is a great feeling.”

A key piece to both the St. Edmond offense and defense during his time playing in the green and white, Flaherty admits the feeling isn’t quite the same as strapping up on Friday nights and hitting the field.

“It’s hard not putting the pads on and going at it again like the good old days,” he said. “But not too many people get an opportunity like this, so I’m going to enjoy my time as a video student.”

Flaherty found a perfect contact in Tom Little to help him start the process of finding a position with the Hawkeyes.

“Before I came to Iowa City, I was working at Hy-Vee and met Tom Little. His son, Matt, was working the student video job. I reached out to Matt and he got me an interview. It really worked out great because I needed to find a job in college and what better way to ‘work’ than be around football again.”

The position begins bright and early many days for Flaherty and his fellow workers, setting up cameras to start filming what is to come.

“On gamedays we arrive about four hours before kickoff so we can get into Kinnick Stadium and set up tripods and camera angles for the game,” he said. “After that, we get some free time before to walk around the stadium. About half-an-hour before kickoff, we get to our spots so we are ready to film.”

During the week, the crew will film practice to give the coaches eyes on all the players from all the angles of the field.

“There are several cameras used to film offensive, defensive and team drills,” Flaherty said. “During practice, we have several people importing the film on to computers so the coaches can immediately view film of the day after practices. They use that film to help coach the student athletes.”