Hawkeyes, Cyclones should make the most of national stage 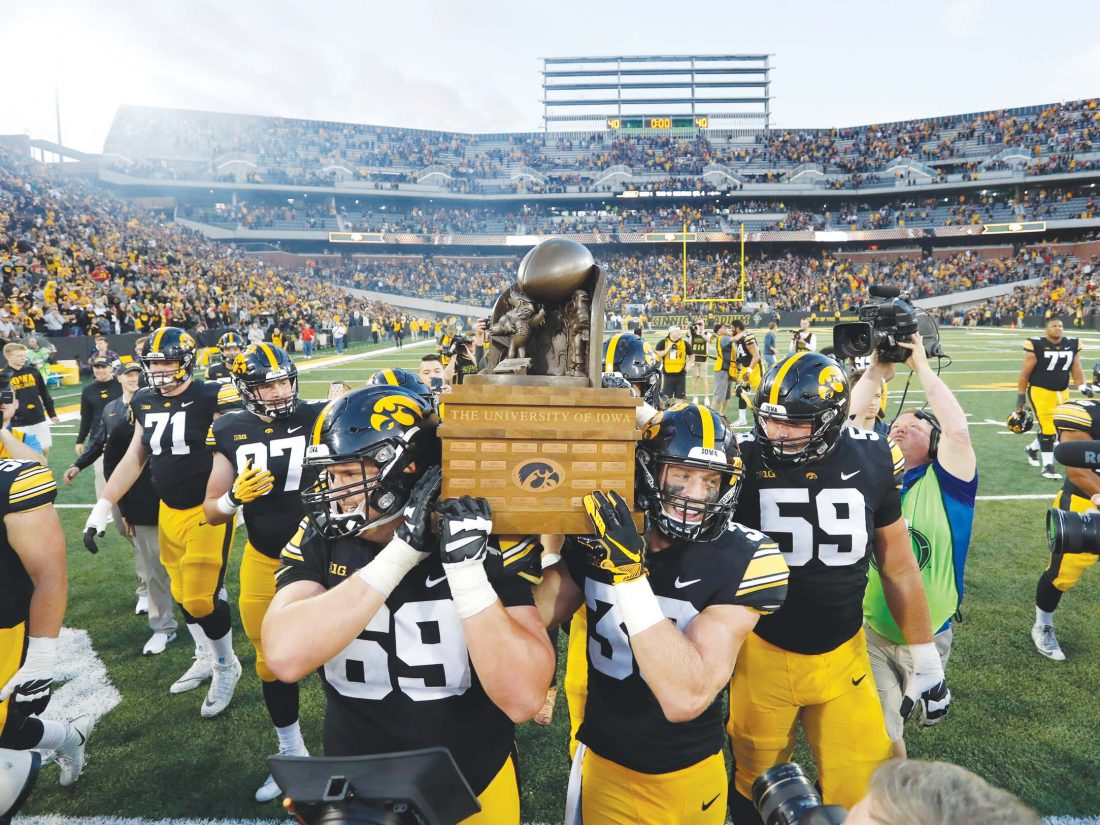 AP Photo Iowa players walk off the field with the Cy-Hawk Trophy last season at Kinnick Stadium in Iowa City.

AP Photo Iowa players walk off the field with the Cy-Hawk Trophy last season at Kinnick Stadium in Iowa City.

So much emotion and energy goes into Cy-Hawk week every year.

Now we have ESPN’s popular pregame football show, “College GameDay,” coming to Ames for the first time ever on Saturday morning to heighten the excitement leading up to a 3 p.m. kickoff between the Iowa State Cyclones and Iowa Hawkeyes at Jack Trice Stadium.

This could very well be the most highly-anticipated matchup in series history. The sights and sounds leading up to the game will only add to the intrigue of the showdown, which pits — for all intents and purposes — two Top-25 programs and conference frontrunners against one other.

I do know some die-hard Cyclones who detest anything and everything black and gold, The same could be said for a number of Hawks and their hatred for ISU. You’ll see them proudly and loudly trash-talking each other all week — especially on social media, which tends to deliver everything through an extreme, negative lens.

Truth be told, the vast majority of Iowans are simply looking forward to the game. They could be like me, a transplanted Michigander who grew up less than an hour away from Michigan State University. I attended the University of Northern Iowa. I’ve always enjoyed being able to sit down and watch without having a horse in the race. 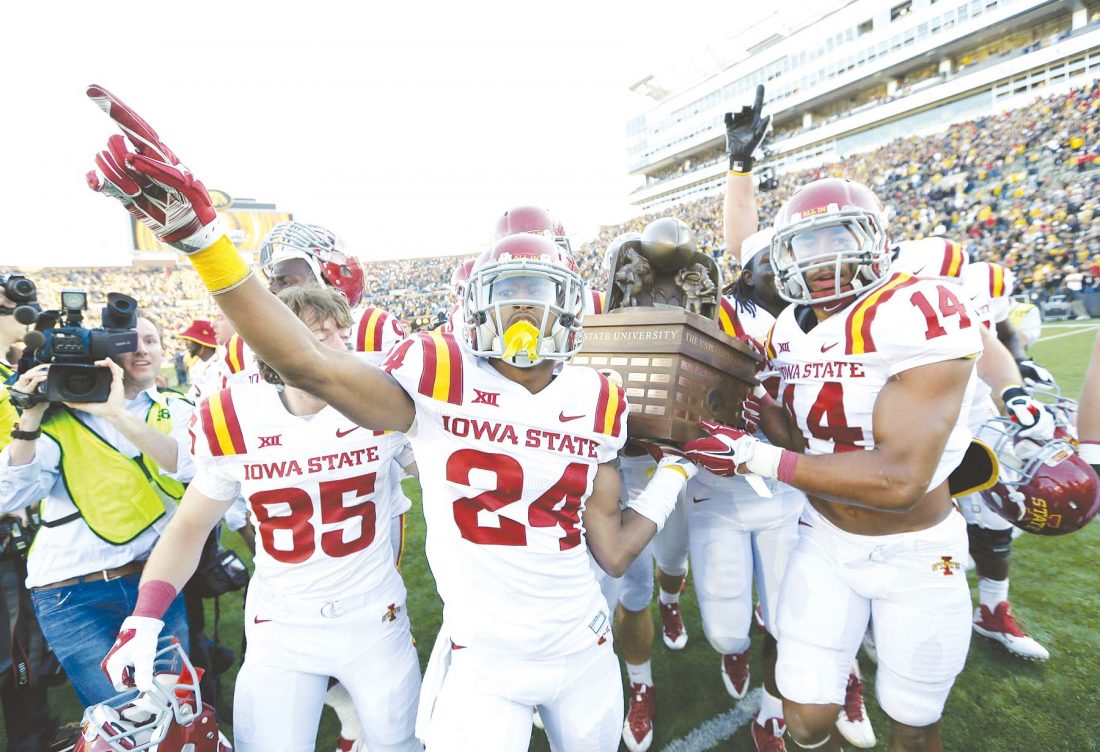 There are plenty of Iowa fans who are civil and respectful about cheering for their Hawks and against the Cyclones. There are ISU backers who do the same. And I’ve even come across — gasp — a lot of supporters of one school who actually hope the other does well every other week outside of this one.

Long story short, don’t let the insufferable few spoil the experience for you. The vast majority of Cyclones and Hawkeyes will turn this into the festive, wired GameDay party. It’s hard for people from different parts of the country to grasp just how big the Iowa State-Iowa football showdown is to a state without any major professional sports. Now, millions of people will tune in and understand.

Saturday brings two programs with elite expectations together on the same field. If you’re lucky enough to land a ticket, make the most of the trip and help create an environment the GameDay crew will talk about for years to come. I’ve witnessed countless Cy-Hawk series games in person, and the crowd — whether in Ames and Iowa City — is vibrant in ways you never forget.

Enjoy the event from start to finish this weekend, because that’s what this is going to be: an event. Soak it all in. The GameDay visit and the nationally-televised audience is in for one special Saturday, and you should be, too — regardless of where your allegiances lie.

How did we get here?

Very basic, unwritten rules — act your age, don’t live vicariously through your children, don’t interfere with coaching decisions, know your role, don’t lose perspective, treat your kids properly after games or matches — were emphasized. I’m not here to name names or assign blame, and this isn’t just a local or area problem. It’s spread like wildfire through every community and every sport across the country.

The numbers don’t lie and are staples of the opinion piece. The coaching shortage is real. The officiating shortage is, too. Unruly, intrusive behavior is often cited as the main reason why workers and volunteers are leaving the scene in droves.

If you see unacceptable conduct at sporting events, speak up. And if you have struggled to steer clear of this toxic behavior yourself, it’s never too late to make amends.

Let’s collectively change the culture of high school athletics before it’s too late. 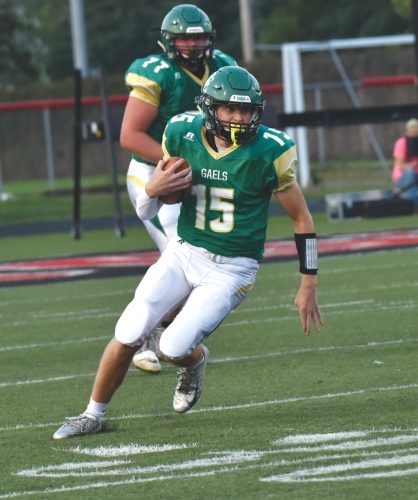 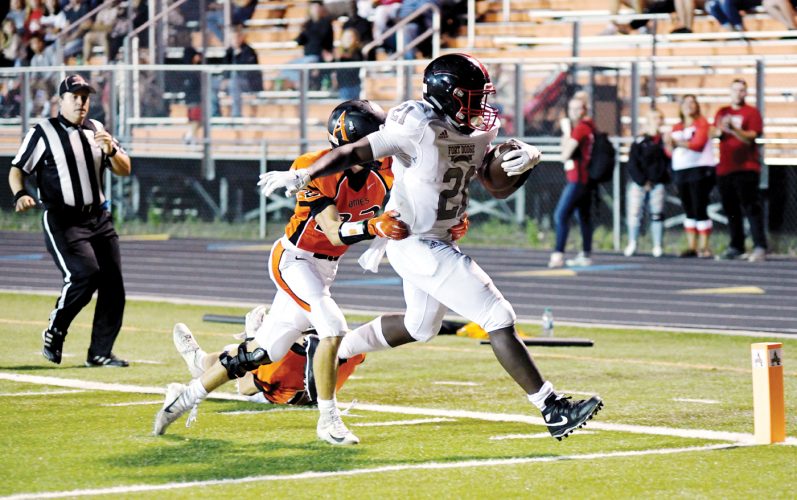 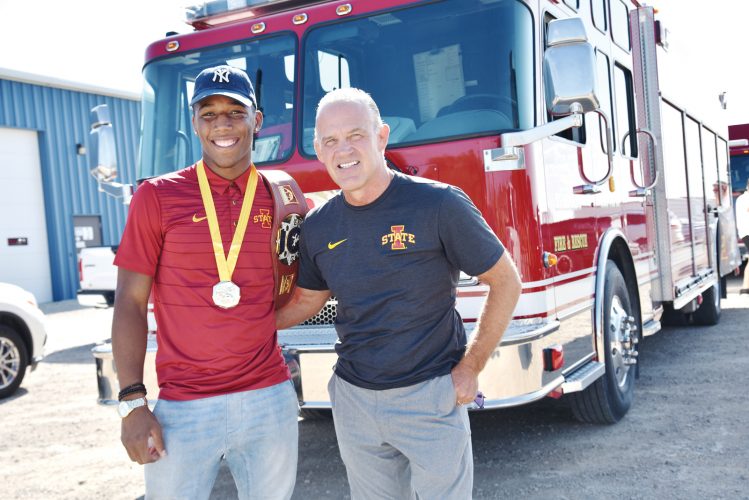 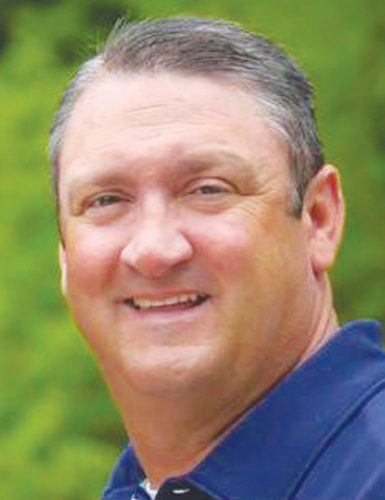