4 titles for Dodgers at Winkler Invite 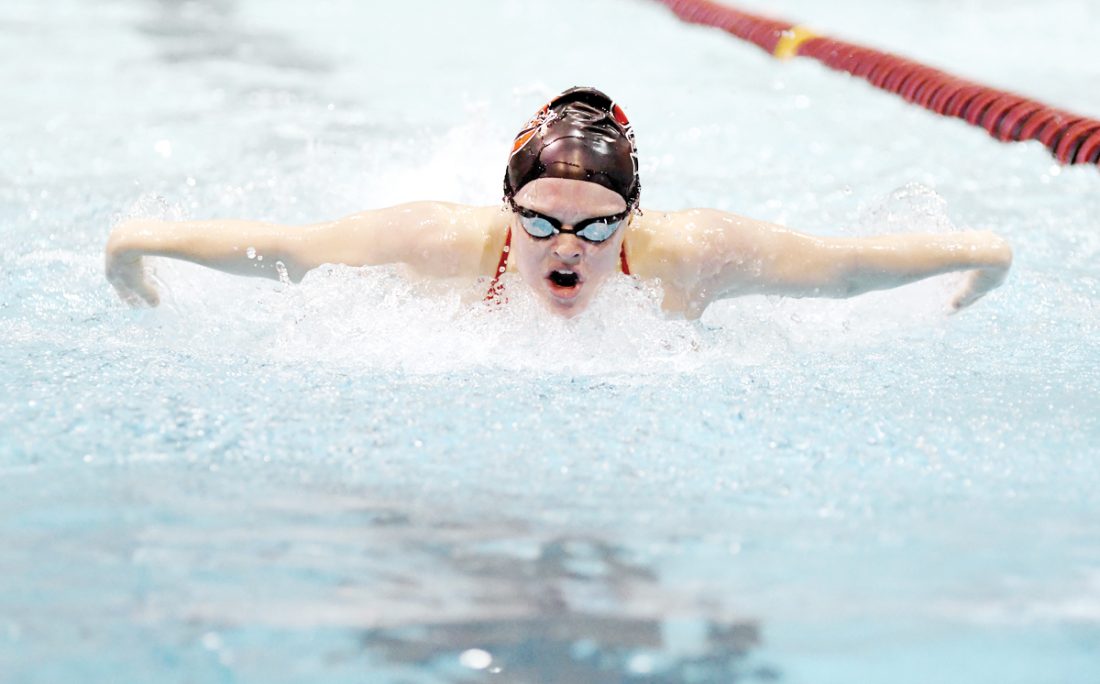 The Dodgers, who have won their last two duals, captured four event wins and earned a third-place finish as a team in their own Gary Winkler FDSH Invitational.

Cedar Falls won the title in the meet, which featured prelims in the morning and finals in the afternoon. The Tigers scored 455 points.

West Des Moines Dowling was second with 379 points, and the Dodgers scored 294.

“I am ecstatic with the way we swam,” said FDSH head coach Ashley Beaumont. “After the prelims, I was thinking fourth or fifth place would be nice.

“To see the girls step up and finish third is awesome. We have so many new kids and to see them reach the finals was great.”

The Dodgers capped the meet with a gold in the 400 freestyle relay, swimming 3:49.04 with Fierke, Hartley, Elora Fierke and Peimann.

“A lot of our times are ahead of where we were at this point last year,” said Beaumont. “Some of them are faster than we swam at regionals (in 2018).

“The girls have been working hard and it’s nice to see that pay off.”

The Dodgers were also third in the 200 free relay, clocking 1:44.33 with Eileen Fierke, Hartley, Elora Fierke and Peimann.

“We are still trying to figure out the best events for everyone,” said Beaumont. “We’ve only had three duals and one (invite). We are just looking to see where we can finish the best at state.

“Our girls are so talented and can swim so many different events. We’ll find out where we can have the most success.”

Fort Dodge returns to the pool Tuesday at Waukee.