Saying goodbye to one of our own 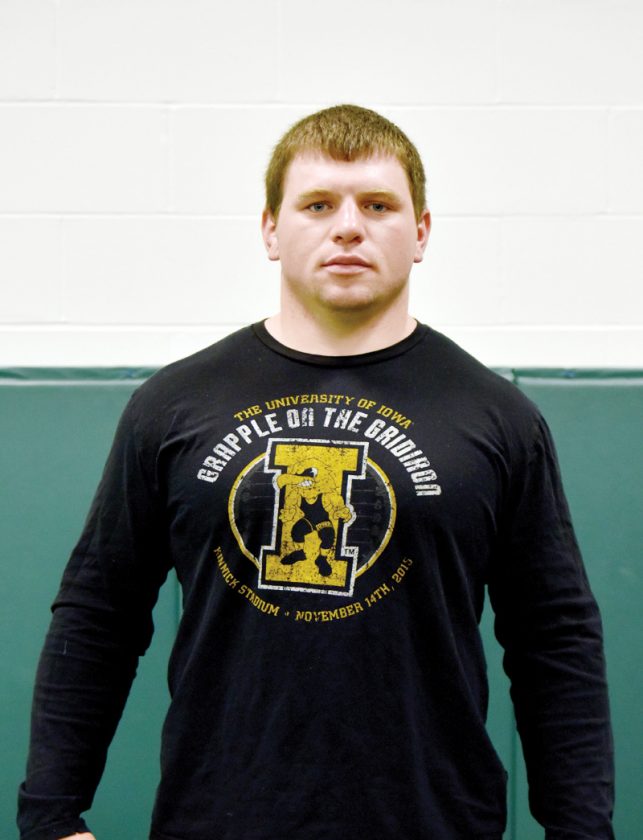 As an athlete, Vinnie Harvey took on an almost mythical persona. When he wanted to be, he was relentless and overpowering. And if he couldn’t be, he’d work until he became so.

As a person, Vinnie Harvey was the antithesis of his dominant, competitive alter ego. He’d give a friend or a teammate the shirt off his back. He was approachable and easy-going. Selfless and always aware of others.

Harvey’s life tragically ended a few days ago at the much-too-soon age of 23. The former St. Edmond and Iowa Central football and wrestling standout established a litany of records in the athletic arena, and yet, his body of work pales in comparison to the legacy of benevolence he is leaving behind.

“I coached for 22 years here, and when I added it up the other day, I figured I had over 1,800 student-athletes,” former Triton football coach Kevin Twait said, fondly remembering Harvey with a bittersweet smile. “And no one was a better teammate. He’s the one you think of first. It’s the greatest compliment you could give someone in a team sport.

“It didn’t matter if you were rich or poor. It didn’t matter where you came from or the color of your skin. Everyone got along with Vinnie, and he cared about them all. When push came to shove, I wanted 44 (Harvey’s number at Iowa Central) on our side, and we were darned lucky to have him. He will be greatly missed.”

Harvey’s high school wrestling coach at St. Edmond was Tanner Utley. As a Gael, Harvey molded a career with “a hammer and chisel approach – like a craftsman,” Utley said. He became a three-time medalist, a state runner-up, and the school’s all-time leader for career victories.

“But it wasn’t about that,” Utley said, his voice trembling. “It’s really hard to put into words, because yes, he was an elite two-sport athlete. You’d think that’s what people would talk about first. But Vinnie’s personality and heart kind of dwarfed all of that. He was so easy to coach, so fun to be around, so good to his teammates. Just a kind-hearted soul.

“You know, regardless of what you accomplish in sports, the records and the numbers and everything else kind of fades as time passes. What people remember is the kind of person you were. And Vinnie was the consummate teammate and the loyal friend. He was more interested in bringing others to his level than elevating his own.”

Utley called the news of Harvey’s untimely passing “absolutely devastating, not just to his family and friends but the entire community.”

“It’s just absolutely brutal, trying to picture (the future) without him around. I remember getting a text from him after (the Dodgers) won state (in 2018) and he’d seen me (on television). He said, ‘well deserved, love you man – by the way, can I get your suit guy’s number?’ So many things that make me smile and laugh. Spilling ketchup and mustard on his warm-ups before a big match and just shrugging it off. It wasn’t about the appearance, or the attention, or trying to be something he wasn’t. It was always about just competing and enjoying the moment.”

Twait said he and his captain had a routine they’d follow during warm-ups before practices and games.

“He maybe wasn’t the fastest guy and didn’t always wow you athletically, but no one would put more physical and mental toughness into the game than Vinnie Harvey. I’ll never forget 44.”

Utley labeled Harvey’s death a “tragic reminder of not taking any day for granted.”

“It’s unfortunate that sometimes it takes excruciating circumstances to remind us of how lucky we are just to be here,” Utley said. “We go about our business as the weeks and months pass and tend to lose perspective on a lot of things. But man, something like this is a real jolt to your system.

“It makes you appreciate not just the limited time we have, but our friends and family. The people who mean the most to us. In a community like ours, there is a brotherhood and a lot of love for each other. And we need each other in times like this.”

The Harveys are feeling unimaginable pain and going through unspeakable grief right now. This is a nightmare. Gaels and Tritons everywhere are in mourning. Fort Dodge is suffering.

But if there is any good to come of this, it has to be adopting Vinnie Harvey’s attitude and perspective and perseverance as our own. He would want his family and friends to laugh more than cry; to come together rather than fall apart; to be there for one another in a time of struggle and pain.

Because in this community, that’s what we do.