Huss ‘extremely grateful’ to be at Iowa Central 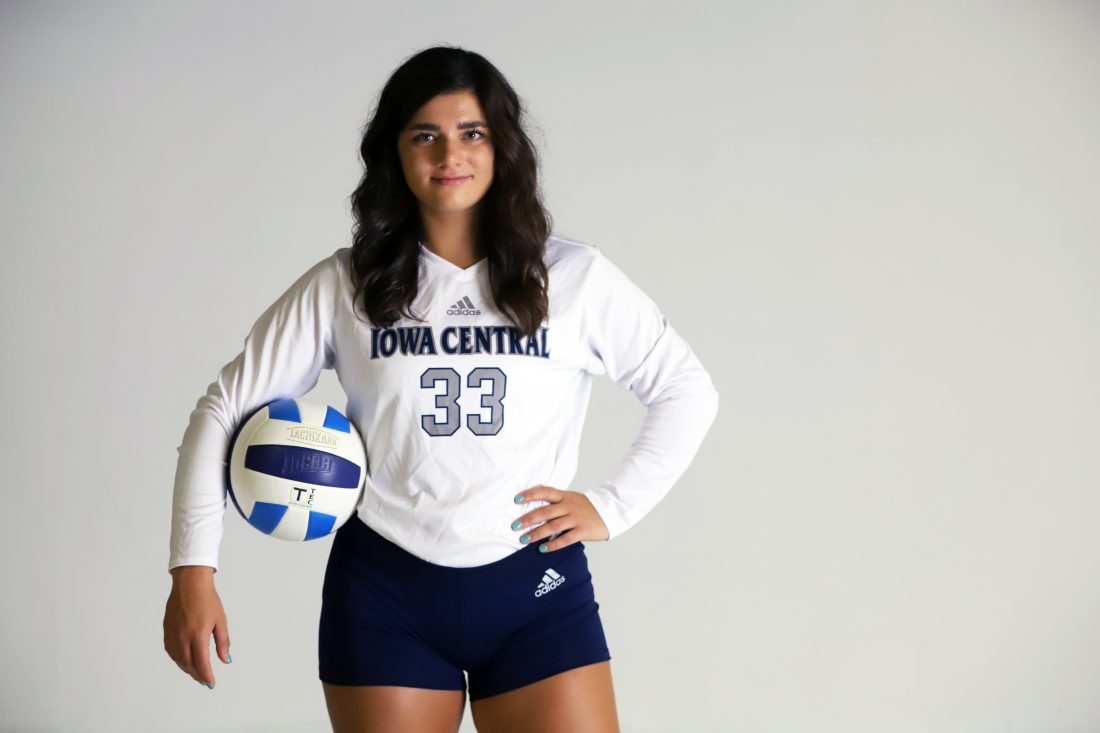 So when the decision was made by Huss to leave the Cedar Rapids-based school and look for a new team, she immediately contacted Horn.

“I have known Coach Horn ever since my sister, Nikki, played for her back in 2008-09,” said Huss, a 2018 St. Edmond graduate. “I’ve watched her coach from the sidelines and attended Iowa Central camps for years. I’ve always loved the way she has approached the sport and her demeanor.

“You can see that she genuinely cares about her players and wants to make the best version of yourself both on and off the court. The number of players I have seen helping at camps and visiting her on campus speaks volumes for the connection they made with her. I have so much respect for her, not only as a coach, but as a person.”

Huss will be a sophomore for the Tritons this year as she looks to help them repeat as conference champions. She was part of a Kirkwood team that knocked Iowa Central out of regionals a year ago on its way to competing in the NJCAA national tournament.

On the year, Huss tallied over 40 kills and 40 digs for the Eagles. She was even able to compete on the Gael floor during the regional tournament.

“I chose to come back home and attend Iowa Central because I felt it was the right fit for me,” Huss said. “I love the school and the campus is awesome. I’m extremely grateful to have the opportunity to continue playing volleyball as well. My coaches and teammates have been very welcoming and have made my transition smooth and easy. I can’t wait to see what the season holds for us.”

As a prep, Huss set St. Edmond school records for career kills with 938, aces, with 202, and digs with 989. She was named unanimous first team all-North Central Conference her senior season after recording 366 kills, 118 digs and 13 blocks.

The season spent in junior college volleyball helped Huss prepare herself over the offseason.

“I learned a lot about myself both physically and mentally at Kirkwood,” she said. “Having a full year under my belt will definitely be an advantage. I am super excited to be at Iowa Central. I have high hopes for this team.

Iowa Central did not drop a match in ICCAC play, but graduated sophomores Libby Zorn, Kayla Faldet, Asarar Gony, Kryssie Okinaka, Abby Lohrmann, Hannah Murray and others from that team.

“The atmosphere inside Hodges Fieldhouse is second to none and I’m super pumped to be a part of it,” Huss said. “It’ll also be cool having a supportive fan base filled with so many familiar faces.”

Iowa Central opens the year on the road in Nebraska on Aug. 23-24. First home action for the Tritons is Aug. 30 vs. the Briar Cliff JV and Dakota County.