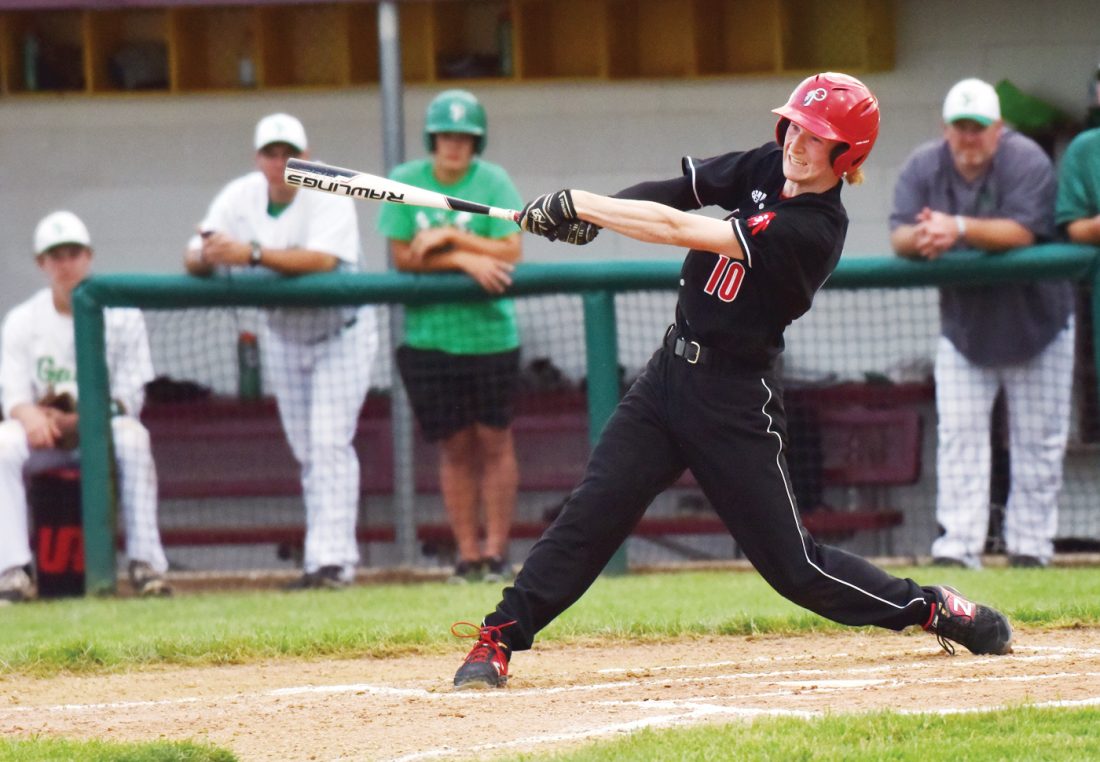 POCAHONTAS — While Jace Davidson’s high school career is over, the soon-to-be Morningside College basketball player will keep a close eye on what happens at Pocahontas Area next year.

That’s because his brother, Christian, will carry on the family legacy after recently earning first team all-state honors from the Iowa High School Baseball Coaches Association.

Christian Davidson, a sophomore, was placed on the Class 2A first team as a utility selection, with Jace earning second team utility honors.

“This is like putting icing on the cake,” Jace said. “Being able to go out as an all-stater with my brother is a life-time memory. Now, I can’t wait to see what my brother has in-store for himself.

“His potential is sky-rocketing and I can’t wait to see him grow into it.”

As for being second team when his younger brother was first, Jace said “you have to let the little brother win sometimes, right?”

Jace Davidson finished his career with numerous school records on his resume including for hits, singles, doubles, runs batted in, innings pitched, strikeouts and victories. He hit .494 with 37 RBI, 11 doubles, 10 steals, two homers, a 6-2 record, 89 strikeouts and a 1.44 earned run average this past season for the Indians, who won 24 games, the TLC title and reached a substate final.

“It means a lot to get both first team all-state honors,” Christian said. “I’ve put a lot of time into improving during the offseason and it’s always fun to beat Jace.”

While Jace moves to Morningside and Aaron — the boys’ father and baseball coach — is now the middle school principal in Fort Dodge, Christian expects to complete his high school career as an Indian.

“I plan on finishing out my high school career at PAC,” said Christian, who also averaged 11 points per game for the basketball team last winter and was a state track qualifier in the spring.