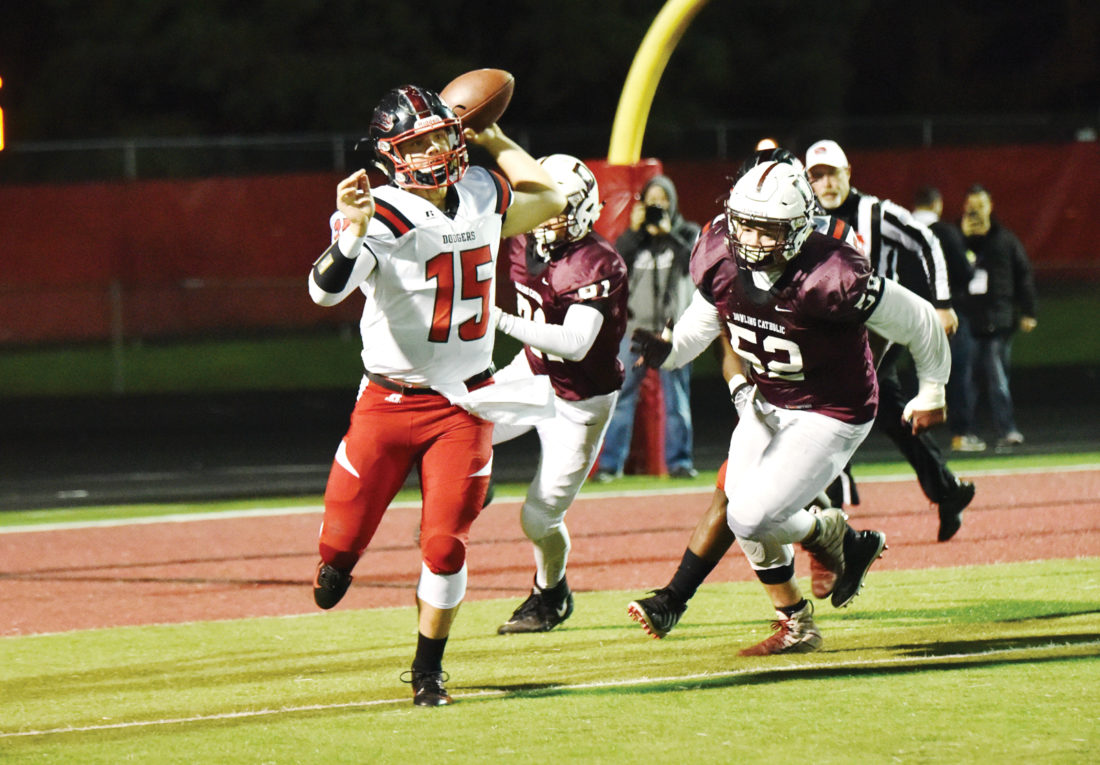 Miller is looking forward to representing his school and his community in the 2019 Shrine Bowl All-Star Classic at the UNI-Dome on Saturday — not just as a chance to get back on the football field one last time wearing a Dodger helmet, but also, for everything the weekend delivers away from the action.

“I have been truly blessed to be selected to play in the Shrine Bowl,” said Miller, also an academic all-state selection by the Iowa Football Coaches Association and FDSH’s Schultz Award winner as the school’s top male senior athlete. “The game will be great to play in, but the activities I’ve had the chance to experience this last week have been amazing.

“I’ve made so many new friends and memories I’ll always remember. Also, getting a chance to raise money for the Shrine hospitals and meet the patients was an awesome experience. The opportunity to help these kids out is worth more than actually playing the game itself.”

Miller, a Grand View University quarterback recruit, is on the North squad for Saturday’s game. The 6-foot, 205-pounder garnered Class 4A player of the year by the Iowa High School Football Coaches Association, as Fort Dodge posted a 7-3 overall record and reached the state playoffs before bowing out against six-time defending champion West Des Moines Dowling.

Miller threw for 2,972 yards and 28 touchdowns as the Dodgers won seven regular-season games for just the seventh time since 1950. The left-hander finished his career ranked second all-time in 4A for completions (544) and yards (7,100), and fourth in TDs (74).

Miller is joined on the North roster by Southeast Valley all-stater Kyler Fisher, who is now a member of the University of Iowa football program as a preferred walk-on. South Central Calhoun’s Jared Birks, Skyler Groen of Algona, Brandyn Clair of East Sac County, and Newell-Fonda’s R.J. Rojas will also be Miller’s North teammates.

St. Edmond’s Carlee Rautanen, Southeast Valley’s Kate Wickwire and Shelby Hofbauer, South Central Calhoun’s Raegan Welander are among the all-state cheerleaders who were selected and will perform. SV’s Megan Stumpf is a coach.

The Iowa Shrine All-Star game was established in 1973.

A total of 46 graduating senior standouts from across the state are chosen to participate.