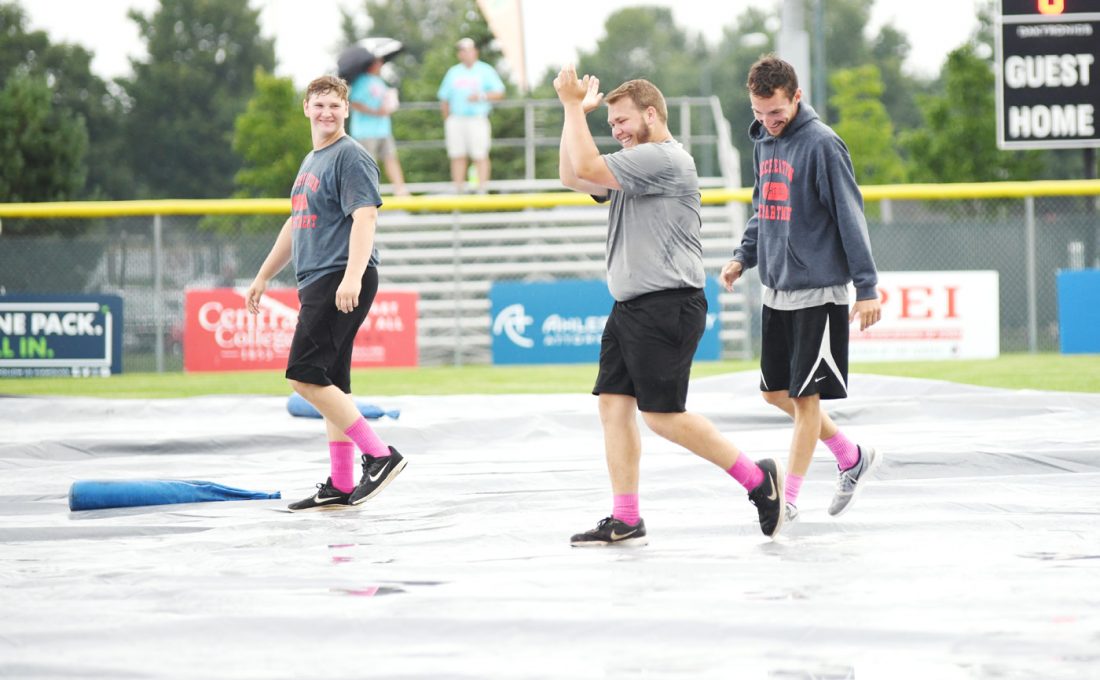 Berger is a firm believer in bringing the personality of a tournament to life through the passion of its people. The Winterset native remains confident Fort Dodge and Rogers Sports Complex continue to be a perfect fit for state softball because of that as the relationship approaches its 50th anniversary.

“There are two things that happen at a championship venue,” said Berger, who was named the IGHSAU’s first-ever female director in 2016. “You’re either treated like a rental, or you’re in a partnership. And when it comes to Fort Dodge and state softball, this has always been a true partnership. There is a mutual respect and trust. We’re on the same page in constantly trying to make this an even better tournament experience for everyone involved.

“It’s the best of both worlds when you work together the way we do both behind the scenes and at a place like Rogers Park.”

Berger confirmed that she is already working with officials at both the IGHSAU and Fort Dodge Parks, Recreation and Forestry director Lori Branderhorst on the golden anniversary celebration next season. The event came to Fort Dodge in 1970, and Rogers Park is now the longest-standing state venue in Iowa.

“We’re concentrating on those plans for now,” Berger said. “Lori and I sit down and talk about everything both before and after each tournament. We always have a ‘wish list’ of sorts, and the city does an outstanding job of taking suggestions into consideration.

“What they’ve done to (Kruger Seeds Field, Diamond 1) with the backstop and (safety) netting (extended to protect the first- and third-base side bleachers) is outstanding. They are going to add a similar backstop to (Iowa Central Field, Diamond 2) for next year. I know with (additions and improvements), sometimes it works and sometimes it doesn’t. But we have always felt the city is really, truly invested in us and this tournament.”

NEW TERRITORY: Chad Graaf is no stranger to the work it takes to keep state softball humming from game to game.

“I’m excited about it, and I’m very fortunate to have such a strong crew already in place,” Graaf said. “I have some big shoes to fill. Jim Winter (who retired last month after 36 years) is a legacy out here. But I learned a lot from him, and with a great hire like Kody (Linder), Ryan (Zeka) and the rest of the (ballpark maintenance) staff in place, we’ll keep moving forward. Some of these guys are here from 6 in the morning until 9 or 10 at night all week long.

“It’s nothing but hard work, and I love hard work. I love the challenge.”

Graaf, who is pulling double duty as the Lakeside Golf Course superintendent as well, pointed out “this wouldn’t be possible” without Ron Bygness, Phil Ruth and the others who are tending to the 160-acre track during softball.

“I’m only going to be as good as my staff, both here and at Lakeside,” Graaf said. “I know whatever happens, it will never be for lack of effort. We have nothing but respect for what this event means to the city of Fort Dodge. We have a tremendous relationship with the IGHSAU, and we’ll do our part to keep it that way. Just like with state cross country and golf, you’d be hard-pressed to find a better group of workers and volunteers than what you have here in Fort Dodge.”

THE CREDITS: Branderhorst and Graaf rely on a full staff of loyal and dependable employees to keep Rogers Park flowing all week long.

AREA HONORS: Daphne Alstott of Fort Dodge and Newell-Fonda’s Olivia Larsen will play in the Iowa Girls Coaches Association All-Star Softball Games on July 29 at Waukee. Humboldt’s Doug VanPelt will be a coach.