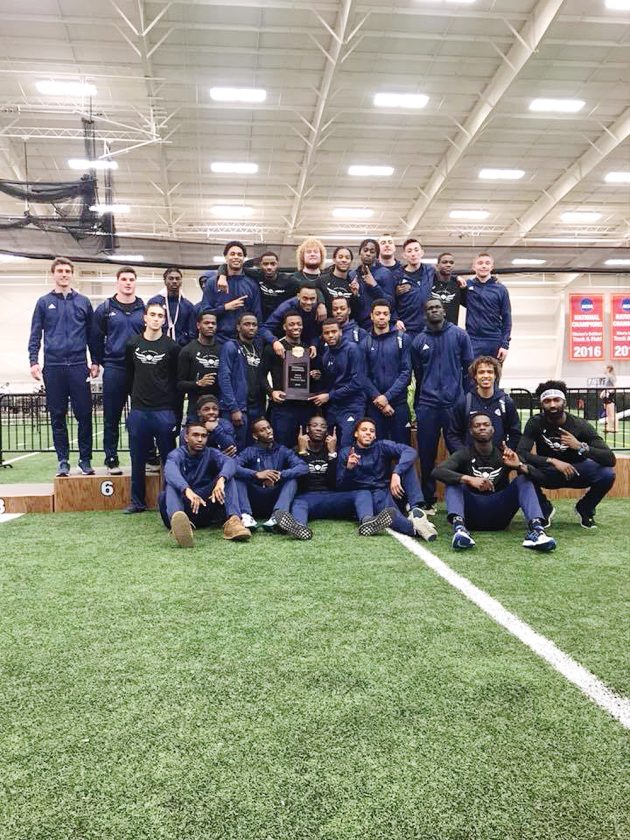 When it comes to junior college athletics, there is no one that can rival Iowa Central.

The school claimed the National Alliance of Two Year College Athletic Administrators Daktronics Cup for the ninth time, distancing themselves from runner-up Barton and Iowa Western.

Competing in the scholarship division, the Tritons racked up 185.5 points, with Barton scoring 159.5 and Iowa Western 145.5. South Plains and Cowley rounded out the Top-5.

“It truly is a testimony to the support from our administration from Dr. Dan Kinney to Tom Beneke on down,” Iowa Central athletic director Kevin Twait said. “The college really embraces the fact that you can be successful in the classroom and the athletic arena at the same time.”

This marked the ninth time in the last 10 years that Iowa Central has finished atop the standings.

“Our coaches work very hard and our student-athletes work very hard,” Twait said. “We have tremendous balance in our athletic programs on both the men’s and women’s side.”

Suffolk was the champion in the non-scholarship division with 152 points followed by Rowan College of Gloucester County, Herkimer, Onondaga and Harper. Mt. San Antonio won the state associations division.

The Learfield Directors’ Cup brings together all two-year institutions to crown a champion.

Points for each sport are earned at the highest level of competition for the various 650-plus members of the NATYCAA. A first-place finish earns 20 points, second place earns 19 points, third place 18, and so on.

Each college is allowed to earn points in their Top-5 sports per gender, with a possibility of a college program having the potential to earn points in 10 total sports. Total scores are then adjusted based on the past history of scoring in NATYCAA’ s Awards Program for Overall Program Excellence. This marks the eighth year of two-year college participation in the Learfield IMG College Directors’ Cup.

“No one takes these awards for granted despite the string of success we have had winning them,” Twait said. “Every year, we talk about it. The coaches talk about how big of a deal it is and we do not take it for granted at all.”