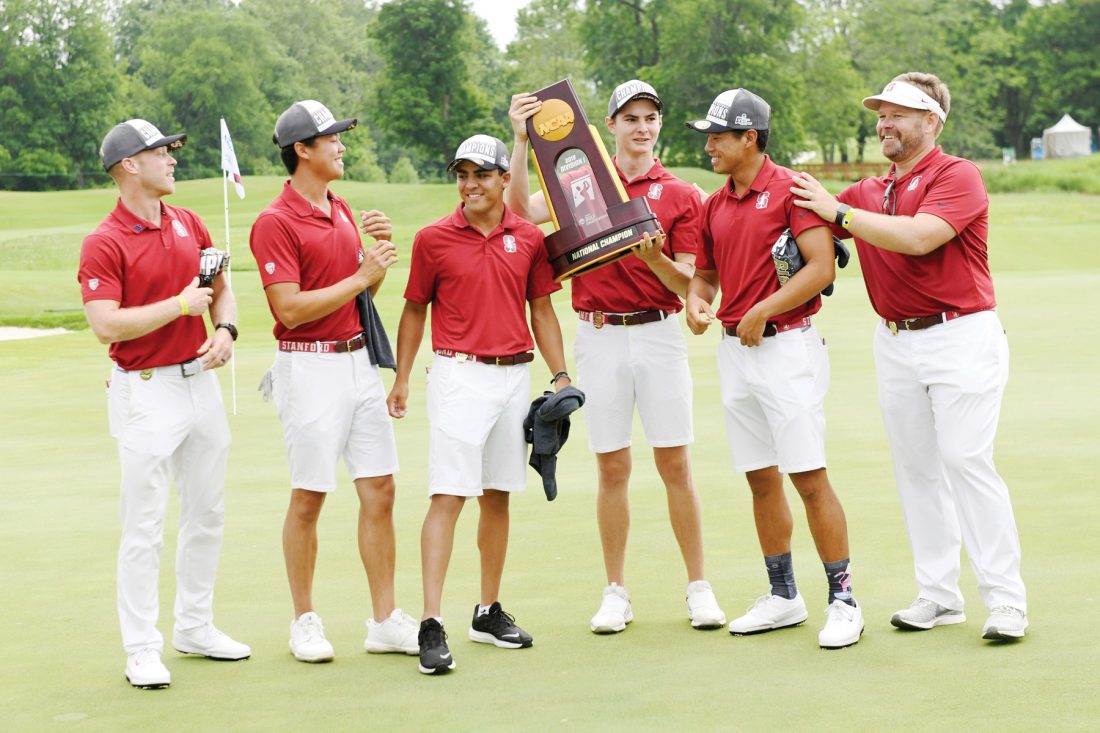 When it comes to golf, Conrad Ray has played and coached all over the world. He was Tiger Woods’ teammate at Stanford University. He’s won national championships as both a Cardinal athlete, and as the Knowles Family director of men’s golf at the school.

For as well-traveled and successful as he’s been in the sport, though, Ray is like almost everyone else when it comes to a specific memory about teeing up in the Fort Dodge area.

“I’m still trying to figure out how to play the 18th at the (Fort Dodge) Country Club,” Ray laughed. “What a hole.

“That’s kind of the first time I can remember being introduced to high-level tournament play. I was a high schooler and came down for the Fort Dodge Amateur. I remember being paired with (recently-inducted Iowa Golf Hall of Famer and former Iowa Hawkeye) Sean McCarty … he hit a drive over the trees and around the corner. It went about 315 yards in the air. That was a different level of golf to me at the time.”

Ray, who was born in Fort Dodge in 1974, was named the Dave Williams Div. I national coach of the year on Tuesday. In his 15th season at the helm, Ray’s Stanford Cardinal captured the national championship last week as the tournament’s No. 6 seed.

Ray, who was also honored by the NCAA after helping Stanford to the 2007 national title, moved from Fort Dodge to Austin, Minn. when he was six years old. His father, Gary, transferred to the Hormel corporate offices in Austin, Minn. just before the Fort Dodge plant closed in 1981.

Conrad Ray would become a standout prep in Austin, which led to an all-Pac-10 academic and athletic career at Stanford. After a seven-year professional career as a player, this spring was his 15th season as the Cardinal’s head coach.

In many ways, though, Iowa and Minnesota are still home to Ray and his family.

“My uncle, Dan Streit, is in Fort Dodge (Streit is the Gael boys golf coach), and my parents (Gary and Pat) have a place at Okoboji,” Ray said. “My grandparents on my dad’s side, Ivan and Cleone (Ray), lived in Fort Dodge for over 50 years until they passed (Cleone died in 2008; Ivan in 2010).”

Gary Ray attended both Corpus Christi and St. Edmond High School, graduating in 1964. He was a multi-sport athlete, excelling in football.

Gary retired from Hormel in 2008 — 40 years after starting as a night security worker with the company in Fort Dodge — and was the organization’s second-highest ranking executive at the time. He became chairman of the $8.5 billion Hormel Foundation, and Gary and Pat spearheaded the $4.5 million Ray Live Learning Center in Austin three years ago.

Gary and Pat have also been active supporters of the Hormel Institute, a cancer research institution in Austin operated by the University of Minnesota and supported by the Mayo Clinic.

While Gary was working his way up the ladder locally at Hormel, Pat made teaching stops in Rockwell City and at both North Junior High and Fort Dodge Senior High.

“My parents still live in Minnesota, and they’re in Okoboji quite a bit during the summer, so we take the girls back to see them,” Conrad said. “They’re in California for most of the winter.”

Conrad and his wife, Jennifer, live in Redwood City, Calif., with daughters Ella, Emerson and Jillian. He joked that he still coaches because “they haven’t fired me yet,” but then added, “I’ve always really enjoyed the challenge of being a college coach.”

“To me, it’s the next best thing to playing competitively,” said Ray, a former Nationwide Tour member who qualified for the U.S. Open at Pinehurst in 2005. “I still have a lot of fun doing it, and the level of expectations here at Stanford pushes all of the (athletic) programs to perform at an elite level.

“It’s a cliche, I know, but coaching really does keep you young.”

Ray said he has a “deep respect for how passionate people in northwest Iowa are about the game of golf.”

“I have fond memories of so many courses (in the area), whether it’s the (Fort Dodge) Country Club, Okoboji, Storm Lake … there are really too many to list,” Ray said. “I really appreciate the history and tradition there. It’s produced a lot of outstanding players, and the courses are a reflection of that.”

Ray graduated from Stanford in 1997 after serving as a team captain his senior year. He was inducted into the National Golf Coaches Association Hall of Fame in 2011.

Ray has guided 13 Cardinal squads to the NCAA championships, and has coached 24 All-Americans. This spring’s Stanford team won The Goodwin, the Western Intercollegiate, the Pac-12 championship, the Stanford regional and the NCAA title consecutively to close the campaign.