—Messenger photo by Eric Pratt THE FORT DODGE, ST. EDMOND, MARSHALLTOWN AND HAMPTON-DUMONT SOFTBALL TEAMS pose together at home plate on Diamond 1 at Rogers Park in their ‘Team Clark’ shirts on Monday. The shirts are a fundraiser to help support Humboldt’s Ashlyn Clark, who was recently diagnosed with Stage 4 Hodgkin’s Lymphoma.

Jocy Timmerman and the St. Edmond softball team spent basically all of Monday at Rogers Park.

And the end result was exactly what Timmerman and the Gaels were hoping for.

St. Edmond picked up a 2-1 victory over Hampton-Dumont on a night when they helped raise funds for Humboldt senior Ashlyn Clark.

Clark was diagnosed with Stage 4 Hodgkin’s lymphoma. A joint effort by the St. Edmond and Fort Dodge Senior High baseball and softball programs resulted in “Pack the Park for Ashlyn Clark.”

“I have to give my team so much of the credit for helping this happen,” Timmerman said. “We were here at 11:30 a.m. working to put up everything. It was a lot of work, but we had a lot of fun doing it.”

After decorating the park, St. Edmond (6-7 overall, 3-2 in North Central Conference) turned its attention to the diamond, as Timmerman drove in a run in the first and Kacey Kruthoff added what would eventually be the game-winning run on a solo homer in the second to hold off the Bulldogs.

“This was a big game for us,” said Timmerman, who went 2-for-3 and assisted on seven outs. “Coach (Nick) Clark really got us pumped up before the game and I thought we came out very alive.”

Timmerman drove in Rylee Kinney, who also had two hits, with Kruthoff connecting on a 3-2 pitch for her homer that easily cleared the fence. Devyn Scott and Ella Vratny also had a hit each.

“This was one of the first games we’ve started by scoring first,” Clark said. “I thought that really helped get us focused. We just had a much better look to us.

“We are right there, we just have to keep building steps forward.”

Vratny earned the win, striking out three and scattering seven hits. She was able to get out of key situations in the third and fourth innings.

Erin Flattery helped Vratny out with her defense, getting runners out at third in the second with no one out for the first two outs of the frame.

Buckets were placed out at various tables for free-will donations to support the Clark family. Both teams wore “Team Clark” shirts during warmups prior to first-pitch, and a special thank you from the family was read during the game.

“We are just so thankful and appreciative to have so much support from Fort Dodge, Humboldt and the surrounding communities,” said Kristi Clark, Ashlyn’s mother. “We have been blessed by all the thoughts and prayers. Sports have an awesome way of bringing people together.

“We are humbled by the love and support from everyone. Ashlyn’s heart has been filled by the Holy Spirit and her strength through all of this has been inspiring. God is good.”

St. Edmond returns to the diamond Tuesday night when they host Eagle Grove at 7:30 p.m. 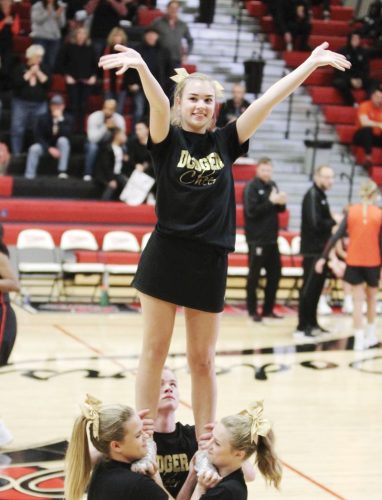 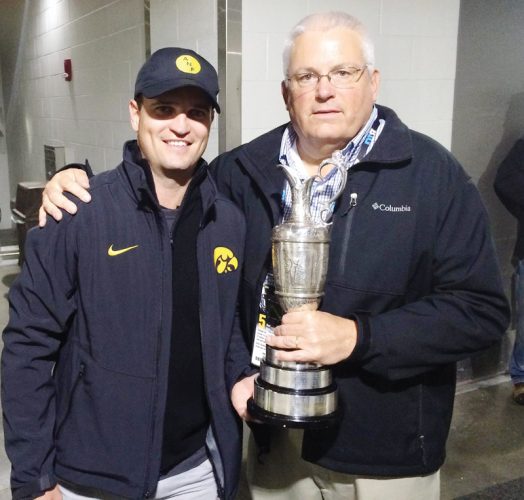