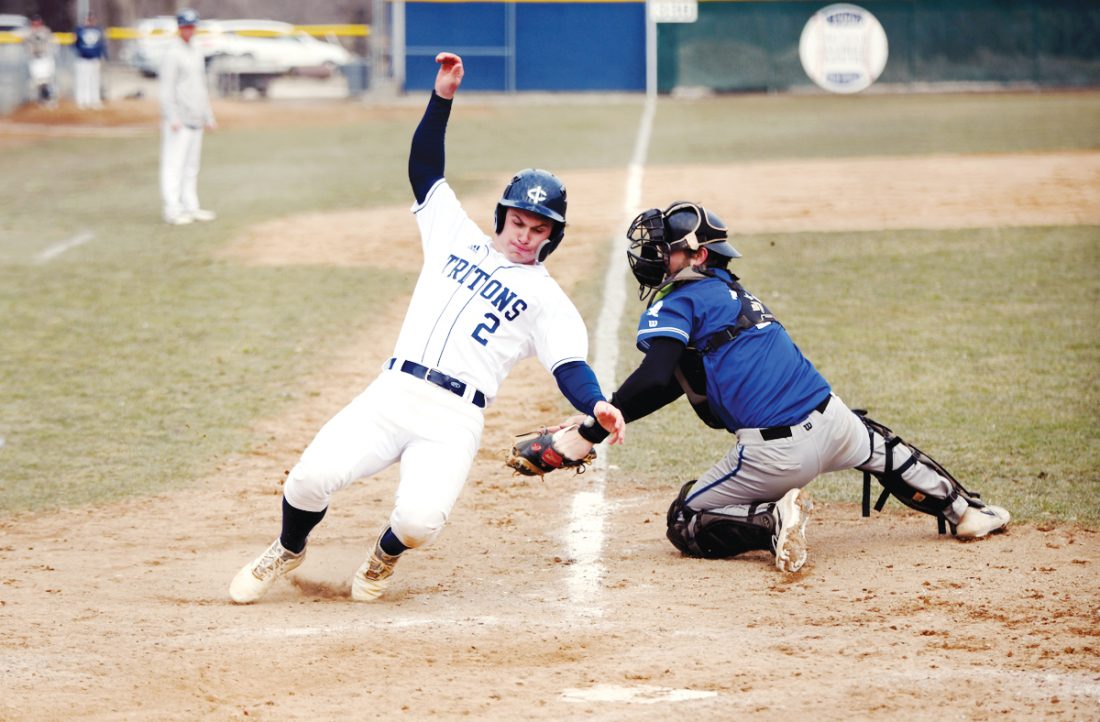 Messenger photo by Britt Kudla Nathin Mortimer slips around the tag at home plate for Iowa Central during the regular season.

The Tritons ended the Region XI Tournament contest after seven innings due to the run-rule.

Maifeld, who threw a no-hitter late in the regular season, scattered just four hits with eight strikeouts and two walks. Iowa Central provided him all the support he needed early and often.

Nathin Mortimer had a triple and scored a run, with Nic Anderson-Vine, Alberto Ortiz, Albert Mora and Noah Grimes all driving in a run each. Ortiz also had a stolen base.

Iowa Central advances to face Southeastern on Friday at 3 p.m. Southeastern advanced with a 2-1 victory over North Iowa Area.

In the other game Thursday, Kirkwood upset Northeast, 5-3.