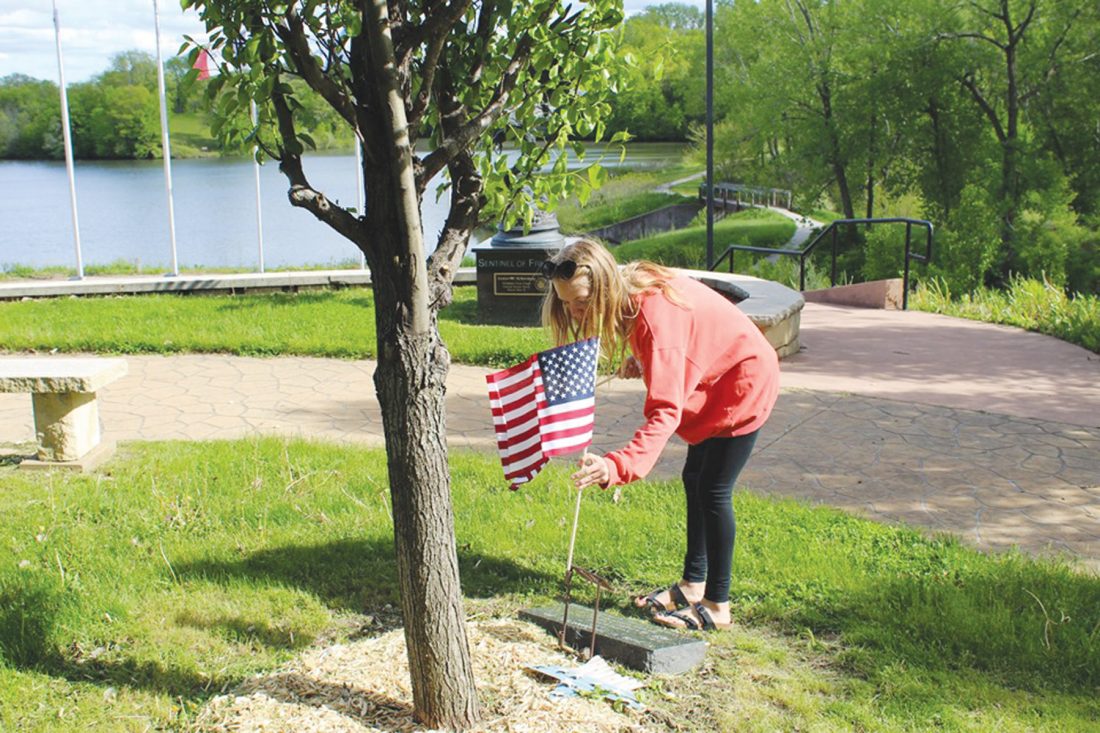 When Taylor Smith found out that she was going to be part of sprucing up Veterans Memorial Park just before Memorial Day, she knew it was going to be an honor to pay tribute to local veterans.

Smith and the rest of the Fort Dodge girls golf team along with head coach David Louk spent a couple of hours at Kennedy Park replacing tattered flags, grooming the area and disposing of trash as the upcoming holiday approaches.

The Dodger junior enjoyed the chance to spend time honoring her grandfather Alvin Schliske who has a stone placed at Veterans Memorial Park.

“It felt like a great honor because the place has a special meaning to my family and to other families who have loved ones stones put there,” Smith said. “My grandfather has a stone out there because he was a soldier in the Army during World War II and my stepbrother (Brody Schliske) is getting married out there later this year.”

Smith enjoyed the time with her teammates and the being near her grandfather’s stone.

“I felt a sense of pride for myself and him (her grandfather),” Smith said. “It was an amazing opportunity to participate in this with my team and it was an honorable way to wrap up our golf season.”

The idea came from Steve Vance who works in the clubhouse at the Country Club. Vance also joined in again on the cleanup.

“Steve (Vance) at the Country Club with Eddie (Doyle, Country Club Pro Shop Manager) and his guys has done it with help,” Louk said. “He would take care of the flags and groom the Park. One day after practice he asked me if I thought it would be something the girls would want to do.”

It was only a couple hours of work, but the Dodgers were able to help clean up the area for upcoming visitors.

“We removed old flags and tattered flags and picked up the area,” Louk said. “It was a great project and the girls got after it.”

Bailey was proud to be part of the effort and the ability to give back in a heartfelt project.

“I felt grateful that I was given the opportunity to give back to the veterans and the community,” Bailey said. “It was a nice way to finish out the golf season with Taylor and the rest of our teammates.”