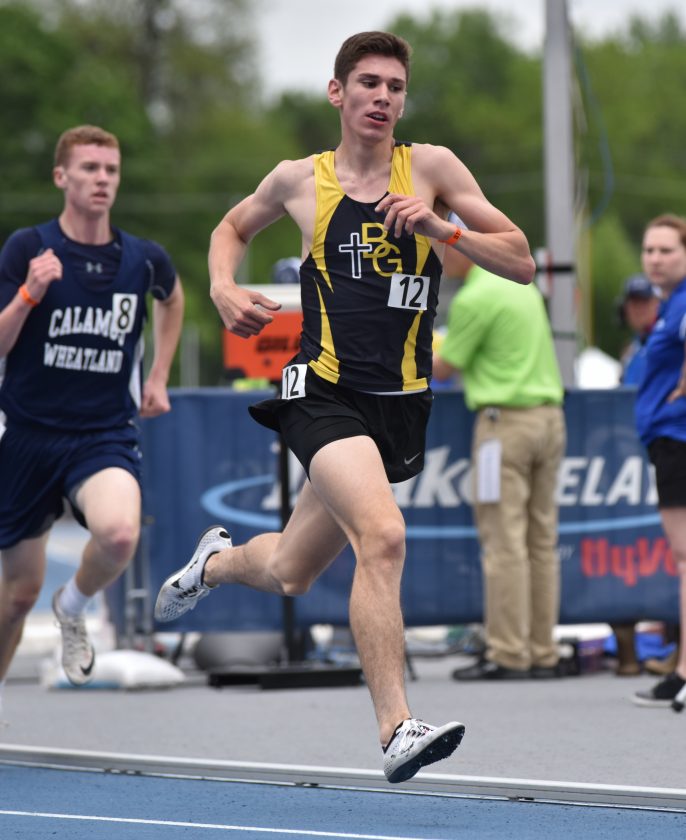 DES MOINES — Joseph Kunert knew he had one race left as a member of the Humboldt track team.

And the senior put everything he had into it.

Kunert placed fourth in the Class 3A 1600-meter run here Saturday inside Drake Stadium, with teammate Quinton Orr earning a medal in eighth.

The six points helped Humboldt to an eighth place finish overall in the team standings to conclude a year where they didn’t lose a single meet entering state.

“This has me in quite the feels right now,” Kunert said. “The last three years when I didn’t make it to state, I knew I had to keep training hard and do the little things right. I guess it paid off.

“My favorite verse, Colossians 3:23, states ‘to work hard as if you’re doing it for the Lord,’ and that’s really been my motivation in running.”

Kunert and Orr were joined by North Central Conference rival Trey Engen of Algona in the race. Engen, who won the 3200 earlier, finished first.

“Having three NCC milers place in the Top-8 is insane,” Kunert said. “I’m so happy and excited for my teammate (Orr) and rival (Engen). The past four years with Trey, Quinton and (Humboldt grad) Ryan (Courtney) can not be described into words.

“I’ve built so many precious relationships through running and I just want to thank them for all the memories.”

Kunert had a time of 4:28.83, just behind runner-up Nate Mueller of Adel-ADM and Sam Kepford from Waverly-Shell Rock. Orr, a sophomore, finished in 4:32.64.

Jamison Heinz was eighth in the 200 with a time of 23.02 and the sprint medley of senior Tyler Vitzthum, sophomore Cale Hundertmark, Heinz and junior Matt Miller were eighth in 1:35.28.

Heinz, a junior, finished the state meet with three medals after placing second in the long jump.

Bishop Garrigan’s John Meis clocked a time of 4:38.34 to secure seventh in the 1A 1600. Meis, a senior, was less than half-a-second behind fifth place finisher Caleb Silver from BCLUW.

Pocahontas Area’s 4×400 relay of Trey Oehlertz, Mike Vonnahme, Chris Meyer and Cade Henrickson were seventh in 2A. The quartet recorded a time of 3:27.57. Henrickson and Meyer are juniors, with Oehlertz and Vonnahme 10th-graders.