Humboldt girls a state runner-up in 3A 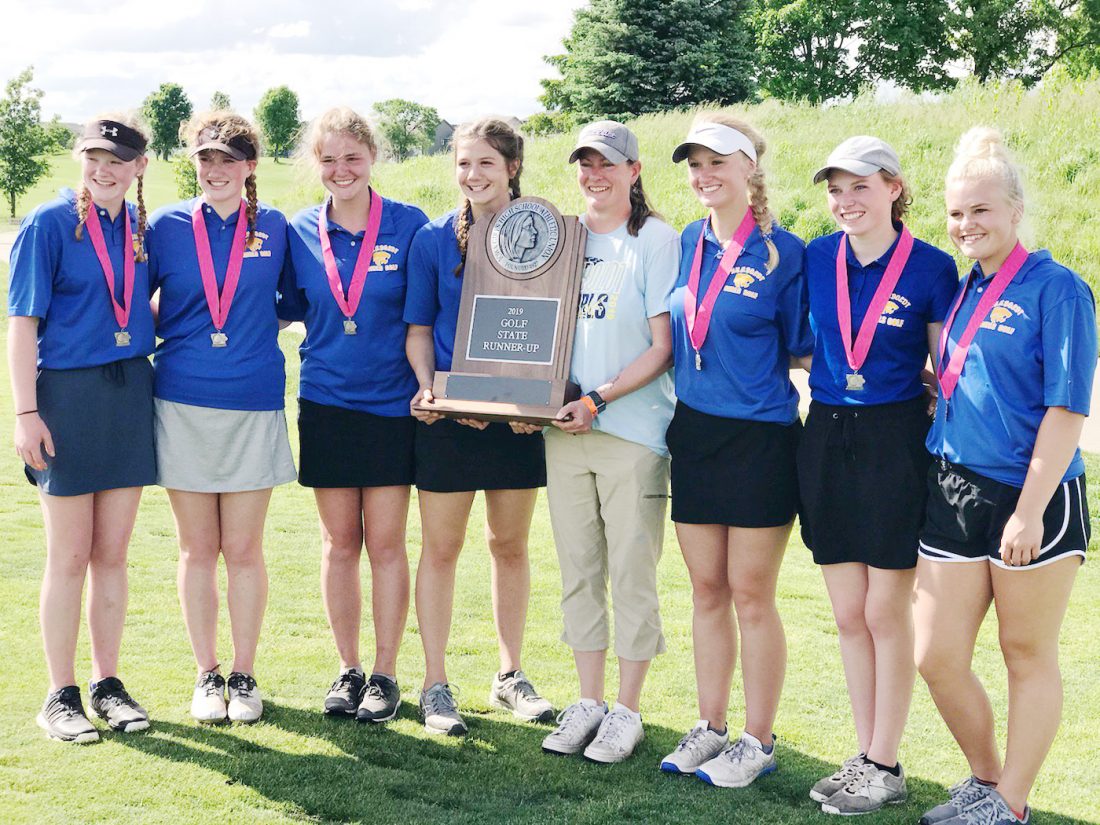 ANKENY — It was a record day for the Humboldt girls golf team at the state meet on Wednesday.

The Wildcats finished as the state runner-up in Class 3A, firing a school-record round on the second day of the tournament at Otter Creek.

“It was pretty exciting to finish second,” said Humboldt head coach Jessica Harklau. “There were a lot of tough teams in 3A. It was nice to come out and play well in such tough conditions.”

The Wildcats shot a 359 in the first round of the tournament and finished with a 701.

Freshman Nora Carlson had a strong performance, finishing seventh in the individual standings. Carlson had a 78 and an 82 to tie for seventh with a 160. She finished with seven pars and two birdies after the first round.

In the second round, she had 11 pars.

“That was the best she’s ever played,” Harklau said. “What makes it even more impressive was that she did it in sub-par conditions on a course that was basically under water.”

Wildcat Frances Carlson finished 17th with a 177. MacKenzie McCarten (182) and Kelly Boleyn (182) were the other counters for Humboldt, which also had Arielle Naeve, Morgan Hotovec and Adi Birdsell in the lineup.

“Kelly and Arielle are our two seniors,” Harklau said. “They played outstanding golf this season. Those will be big shoes to fill for the girls coming up.”

Wednesday’s action began with the conclusion of the first round, after play was suspended due to inclement weather on Tuesday.

“A lot of the girls played 22 or 23 holes (Wednesday),” Harklau said. “We started at 8:30 a.m. with a shotgun start. It was tough, because as the round was being played, you couldn’t tell where you were in the standings. But maybe that was a good thing and you just had to go out and play golf.

“It took a lot of mental golf to stay in it and play the same hole twice on the same day.”