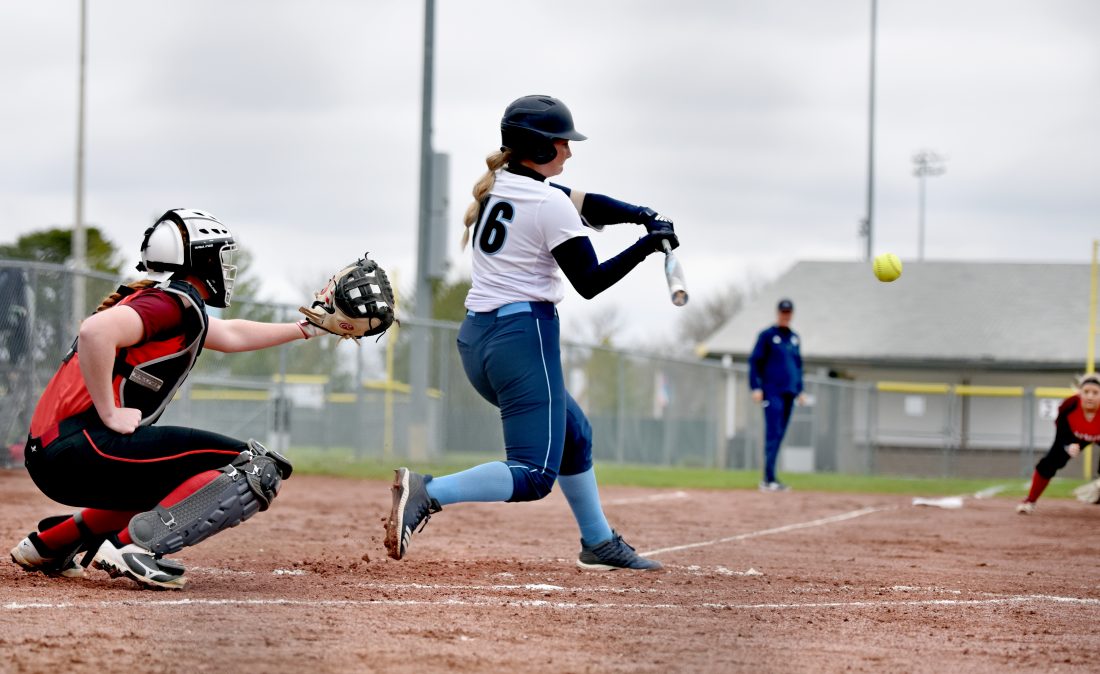 With the weather playing havoc on the softball season, the 13th-ranked Iowa Central softball team picked up a doubleheader against the Northwestern JV here Wednesday at Rogers Park.

The Tritons (34-13 overall) used the opportunity to get everyone some playing time. Iowa Central picked up 19-1 and 18-1 victories.

“We had seven different pitchers and all position players played,” said Iowa Central head coach Rick Sandquist. “They all got four at-bats and nobody played both games.”

In the 18-1 win, Iowa Central had 18 hits, including a 4-for-4 performance from Alexis Morrison, which included a home run. She also drove in four runs and scored three times.

Payton Adwell, Sidney Marker, Lauren James and Katelynn Mullen had two hits each. Mullen and Parker Mathews had two RBI each. Mathews had a double on the day.

Webster City graduate Erin Bahrenfuss got the start for the Tritons, who used five pitchers in the game.

In the 19-1 victory, Cheyenne Andersen was 3-for-4 with a double, triple, home run and two RBI. Gabi Bingham also had three hits, including a home run.

Mathews was 2-for-4 with a double and two RBI. Fort Dodge graduate Bre Tjebben had two hits and two RBI, including a double.

Sophie Cave was 2-for-3 with two homeruns and three RBI. Jenna Peschel had a double and two RBI,

James had two doubles and three RBI. Morrison had a triple and an RBI.

Kallie Malloy got the start and the Tritons used four pitchers.

Iowa Central is back in action on Saturday when they head to Boone to face second-ranked DMACC. Action begins at 1 p.m.