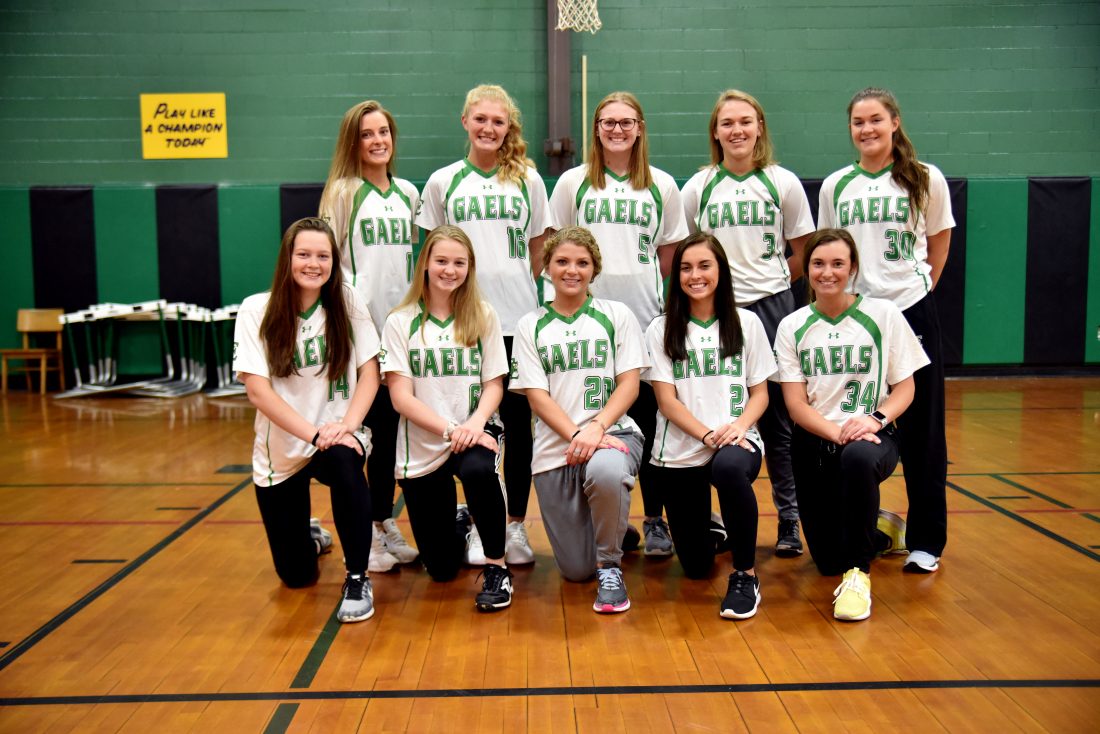 This should have been one of the more relaxing offseasons for St. Edmond softball and head coach Nick Clark.

Coming off a second consecutive regional final appearance, the Gaels graduated just one senior from a roster that won 20 games.

But that has hardly been the case.

Seniors Erin Flattery and Devyn Scott were both hurt in the final basketball game and missed their track seasons this past spring.

All three, though, are expected to be ready to go for Clark, who is entering his third season at the helm.

“We’ve really talked a lot about not wishing away time and always being present,” said Clark, a former all-state baseball player for the Gaels. “You can’t expect things next year. Everyone last year talked about how good we would be but you never know what is going to happen.

“Two ACL injuries, other issues; anything can happen.”

Timmerman and Flattery were the leading hitters for St. Edmond a season ago and will once again occupy first and third base in the infield. Seniors Macey Mason and Jacque Oberg are also starters back with Mason shifting over to centerfield to replace Audrey Kolacia.

Oberg, meanwhile, will be at shortstop for another season on the diamond.

“Jacque is going to have her best season yet, which is really saying something considering how good she was last year,” Clark said. “And I’m expecting big things out of Macey as well. In my mind, she’s the best outfielder in the North Central Conference.”

While some coaches might temper their expectations and work to limit the amount of innings players coming off of injuries see, Clark is taking a different approach.

“I trust them and their families,” he said. “I’ve talked to them and they want the girls to play and I do too. I can speak for the team when I say we all want them to be out there.

“If they do need a night off, no problem, as we have girls that can step in. But they have earned the right to be starters and play every game if they want.”

In 97 at-bats last season, Timmerman struck out just twice. She also collected a team-high 10 doubles, as Flattery had three triples and drove in 13.

“I’ve been getting Kacey work at different positions just so she can understand more of what everybody is doing because she can see the entire diamond as the catcher,” Clark said. “Many people might not know this, but she has been calling pitches since eighth-grade and she does a phenomenal job.”

For the third straight season Clark will have a battery of Kruthoff and pitcher Ella Vratny to quiet opposing offenses. Vratny went 19-8 with 127 strikeouts and a 2.49 earned run average last year inside the circle.

“Ella looks strong and her confidence is very high right now,” Clark said. “She’s been hitting her spots and doing a great job. I look at her and Kacey as seniors because they have been around and know what to do and what I expect out of them.

“We’ve got a really great senior class already, but when you add in the experience of the younger girls, that only helps.”

Juniors Cambrie McBride and Josephine Perry have also stood out early in the preseason, and the roster includes senior Abby Landwehr, a multi-time state track and cross country qualifier.

“We’ve got some kids ready to step up and earn more playing time,” Clark said. “You want them ready to be that next person in if their number is called.”

The Gaels make their Rogers Park debut on Wednesday, May 29 vs. returning Class 3A third place finisher Humboldt.

Clark will once again be assisted by Tara Scanlan.