Dodgers anxious to get season started 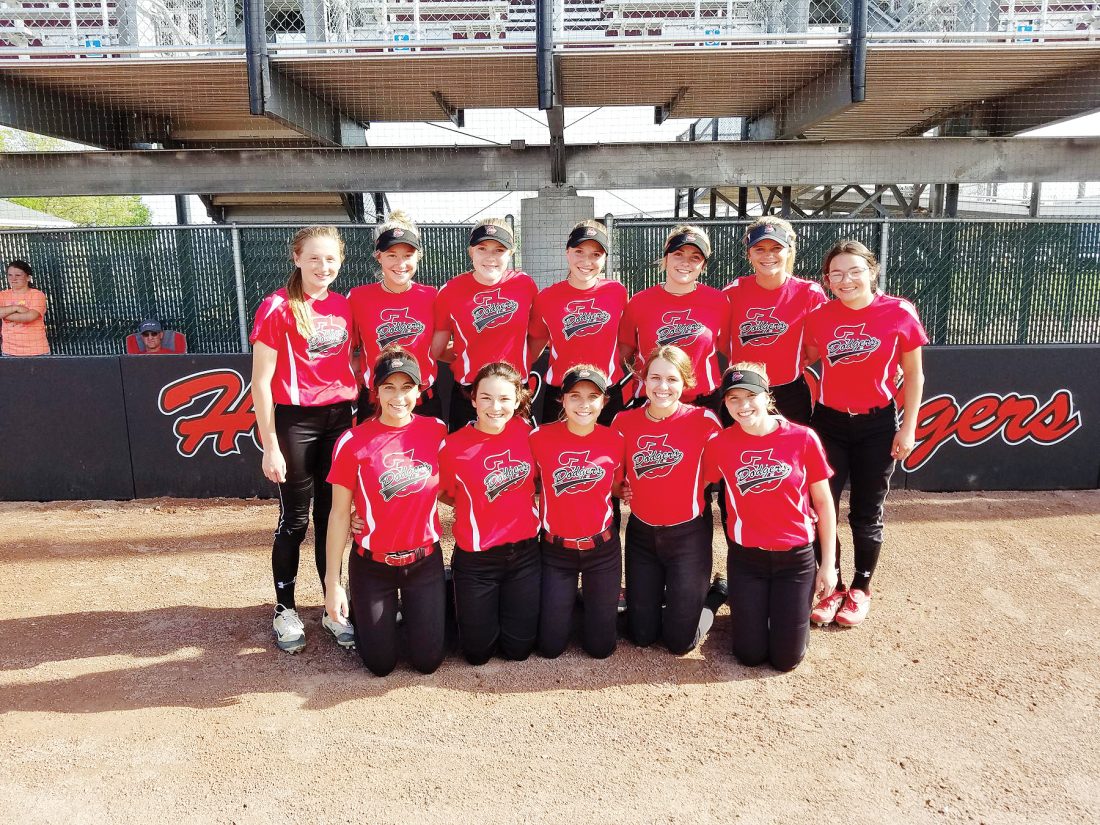 Fort Dodge stayed under the radar for as long as possible last season.

It didn’t take long, though, for head coach Andi Adams’ secret to get out.

Instead of rebuilding, the Dodgers shattered all stereotypes that typically come with youth and inexperience. In seven action-packed weeks, Adams’ squad went from a group no one really knew much about to a team no one really wanted to face.

Fort Dodge went 36-8 overall, establishing a modern-era school record for victories. The Dodgers were ranked in the Top-10 and advanced to the state tournament for the ninth time under Adams in the process.

For many reasons, 2018 would qualify as a dream season. Adams is hoping it was just the beginning.

“They’ve played together for so long … they’re basically all sisters to each other. We’re a family here. And in this day and age, I know that’s incredibly rare and how fortunate I am to have this. They’ve put in the hours, but they also have the support at home — not to be great individual players, but to be a part of the Dodger program and do this together.”

All but two regulars return to Adams’ lineup card for a highly-anticipated summer season that begins Monday at home against West Des Moines Dowling. Fort Dodge is still a work in progress, but the question seems to be less about the unknown and more centered around just how good these Dodgers will be.

“A lot of how an infield performs is based on chemistry … how well they know each other,” coach Adams said. “I’m excited to see what this group does with another year under their belt.”

Jalen Adams, who was predominantly a designated player a year ago, hit .360 with 33 RBI. She is expected to fill in at third base when she’s not pitching, as will classmate Haley Wills.

“It will be nice to have Tristin and Loghen back in the middle of the lineup,” Adams said. “They give us the power we need to drive in runs and put up crooked numbers.”

“Aubrey and Tory will give you everything they have in the field and at the plate,” Adams said. “Our defense will be solid, and there’s so much balance to our lineup.”

Freshman Martyne Lowrey backs up Doster, who may also see time at third.

Second team all-stater Daphne Alstott returns, but in a new role. The DMACC recruit will shift from third base to center field after hitting a team-best .471 with 38 RBI, 50 runs scored and 21 stolen bases a year ago.

“Daph has the biggest change, but she’s up to the challenge and is ready to have a big senior year,” Adams said. “She’s going to DMACC in the fall — one of the five best (NJCAA) programs in the nation right now. Sometimes, position changes happen (at the collegiate level). She’ll be able to use her speed and athleticism to her advantage in center (in place of graduated all-CIML player Kaden Pederson).”

Both corner outfielders are back in sophomores Chloe Wertz (.276, 29 RBI, 23 runs) and Sophia Klinger (.313). Malia Lowrey and Maia Davis, both freshmen, will back them up. Sophomore Dallas Richardson is also in the outfield.

“We have good competition for the outfield spots,” Adams said. “They all have their own strengths that we can use to our advantage. Like the infielders, they’re all so competitive. Chloe and Malia are really battling in left. Sophia is one of our better defensive players. Martyne and Malia are just prototypical Dodgers.

“Dallas is also someone who exemplifies our program. She has so much heart and gives us everything she has. I love kids like that, and thankfully, we have a lot of them.”

“Jalen’s added another four miles an hour to her fastball, and she’s found her change-up,” coach Adams said. “Katelyn and Haley have plus stuff. I trust all of them; it will just be a matter of settling into their roles and responsibilities, depending on who we’re facing.”

The graduation of first team all-state pitcher and infielder Bre Tjebben does leave a gaping hole in both the Dodgers’ lineup and dugout. Tjebben hit .418 and drove in a team-best 50 runs. She struck out only four times in 153 at-bats, and went 9-3 as a pitcher with a 2.05 earned run average.

“Bre and Kaden were everything we could ask for in seniors,” Adams said. “Bre was a magnetic, generational leader, and Kaden did everything she needed to do to earn her role with that team. They ‘mothered’ this group by teaching them how to fly, so to speak.”

“It’s like a Rocky movie … we’re switching Apollo Creed for (Ivan) Drago,” Adams said. “But it really doesn’t matter. Whether it’s Johnston and Dowling or Valley and Waukee, we love it. Our schedule is about as tough as it’s ever been here top to bottom, but we’re not shying away from it. The CIML is as good as it gets, and we take pride in being right in the middle of it.

“We know that we’re a small team, both in numbers and in stature, compared to these other programs. So we have to out-execute and out-work our opponent, day in and day out. It’s the only way. Everyone in this league walks a thin line; there are no off nights.”

Adams is again joined by Kenzie Alstott at the varsity level, along with volunteer assistant Aaron Miller. Molly Matthes is the head freshman coach. Sisters Cassie and Bre Tjebben will be at the middle-school level.

“I’m blessed,” Adams said. “I have four former players helping me out, and Aaron has been a great addition. I love having all of them around, both as coaches and given their personalities.

“I can’t thank everyone directly and indirectly involved with our program enough. There are too many to name, but the community support is second to none — something other coaches and teams envy. Knowing they’ve been there for these kids since day one and that’s not going to change … that’s what Fort Dodge softball and being a Dodger is all about.”