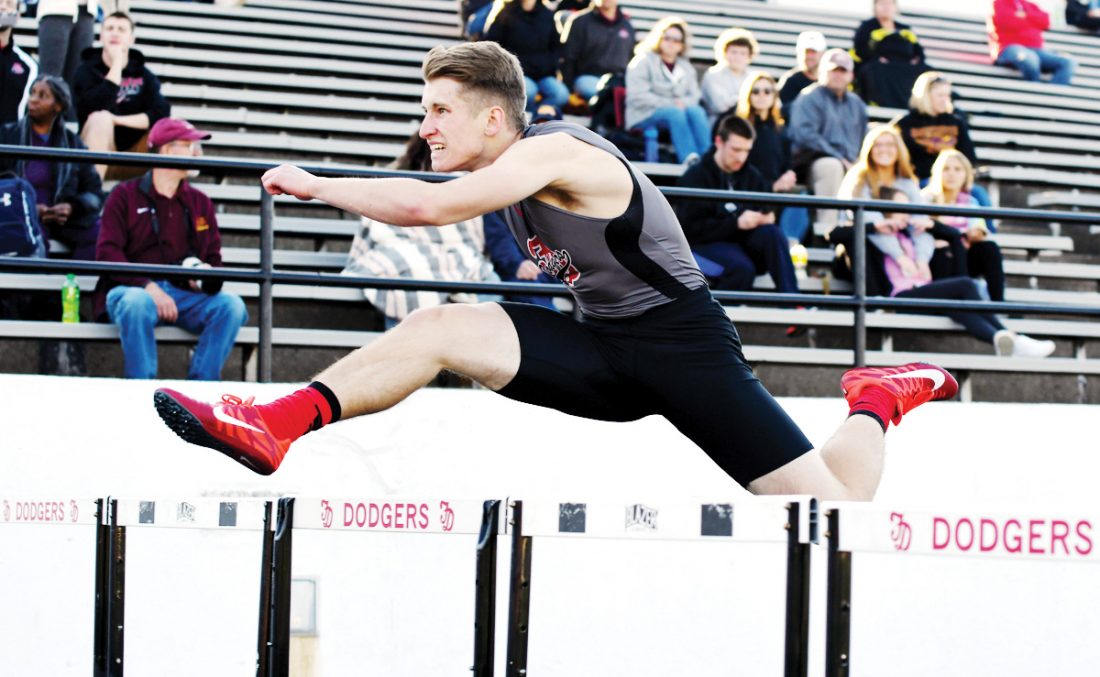 Though Anthony Wagner has accumulated a lifetime of memories while competing as a Dodger, sports were never the Fort Dodge Senior High senior’s top priority.

Wagner’s athletic career has been admirable: two-time captain and state track participant, two-year regular in football and three-year starter on the baseball diamond. He will have accumulated nine letters — four in track, three in baseball and two in football — when all is said and done.

Yet Wagner’s accomplishments pale in comparison to the student he was driven to become: one that landed him a perfect 4.0 grade point average, academic all-state honors multiple times, and the title of valedictorian for next week’s graduating Class of 2019.

“I’ve always tried to put academics before sports — thankfully, my coaches have been understanding of that through the years,” said Wagner, who will attend the University of Iowa in the fall. “If I have a big test coming up or a lot of homework, they’ve been patient with me if leave practice a little early to study or if I have a (prior academic) commitment.

“It wasn’t always easy, but I started to get the hang of it as far as priorities and time management about halfway through high school.”

Wagner has worked hard as a cornerback and punter on the football field, a shuttle hurdle relay participant on the track, and a second baseman in baseball. If he needed to hit the books, though, sports took a back seat until his school work was finished.

“I think I definitely benefited from staying busy; it helped keep me focused,” said Wagner, who also served as student body president this year. “I had to plan things out in advance and prioritize what I needed to get done on a given day or week. Plus, it kept me out of trouble.”

At an assembly this past week, Wagner was named FDSH’s “Triple Threat” captain as the school’s top three-sport student athlete, as well as the 2019 Bernie Saggau Award winner — presented annually to the “graduating student who best exemplifies a patriotic spirit, with strong religious and moral convictions, living and professing the qualities of honesty, integrity and sportsmanship; believing that both games and life shout be conducted by the rules,” according to the Iowa High School Athletic Association.

“(Football) Coach (Matt) Miller always said that you can’t simulate competition,” Wagner said of sticking with all three teams through his last steps at FDSH, which came on Friday. “You can try to work in the weight room or whatever in the offseason, but being active and live (in the CIML) keeps you sharp and pushes you in a different way physically. I tried to treat my classes the same way.”

School came first and sports followed, but Wagner added, “my parents always taught me that even though academics and athletics were important, being a good friend and community member mattered above everything else.

“I’ve always strived to be the best person I could be.”

People I would like to have dinner with: Jesus Christ, my grandpa Louie and Kris Bryant.

It would surprise people that I: like to read books.

I can’t go a day without: listening to music.

Superstition: wearing red socks for all of my track meets.

What are you listening to right now? country.