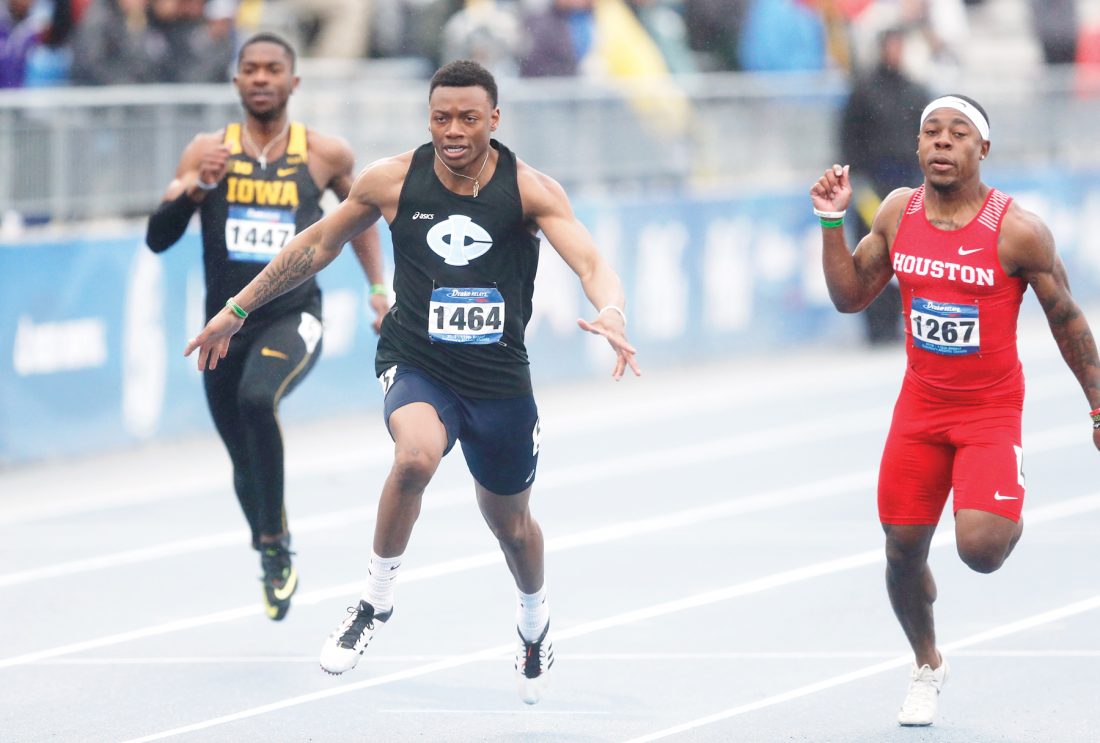 DES MOINES — Courtney Lindsey pushed through the conditions and sped past seven other Div. I runners to claim the 100-meter dash title here Saturday at the Drake Relays.

After capturing gold in the 200 on Friday, Lindsey finished off his experience on the blue oval with more hardware to bring home.

“It was a tough battle with the wind and cold, but I just had to push through it,” Lindsey said. “My confidence has grown a lot. I feel like I can compete with the 200 guys now.”

Lindsey was the indoor NJCAA champion in the 200 earlier this year, finishing second in the 60. His time of 20.56 in the Drake 200 set a new event record against a field with over a dozen Div. I sprinters.

The Illinois native came to Iowa Central after securing state runner-up honors in the 100 and 200 last year for Rock Island.

Lindsey also ran on the 4×400 that finished fifth in 3:16.85. Ethan Smith, Thomas Bryant and Phemelo Matlhabe completed the unit.

Tyler Lienau placed fifth in the discus, recording his best throw of 179-10 on his final attempt. The Triton distance medley of Miguel Coca, Bryant, Mel Obadiah and Awet Yohannes finished in sixth.

Four former area standouts were in action on the final day of the relays as well, with Peter Hollinger helping Northwestern College to fourth in the distance medley.

Alex Loerts, a Humboldt native currently at Buena Vista who competed for St. Edmond, ran the opening leg of the distance medley in 3:18, as the Beavers placed 12th.

Riley Bauer, who won the 800 earlier, ran the third leg of South Dakota State’s distance medley in 1:57 as they placed eighth overall. Bauer is a former state champion at North Union.