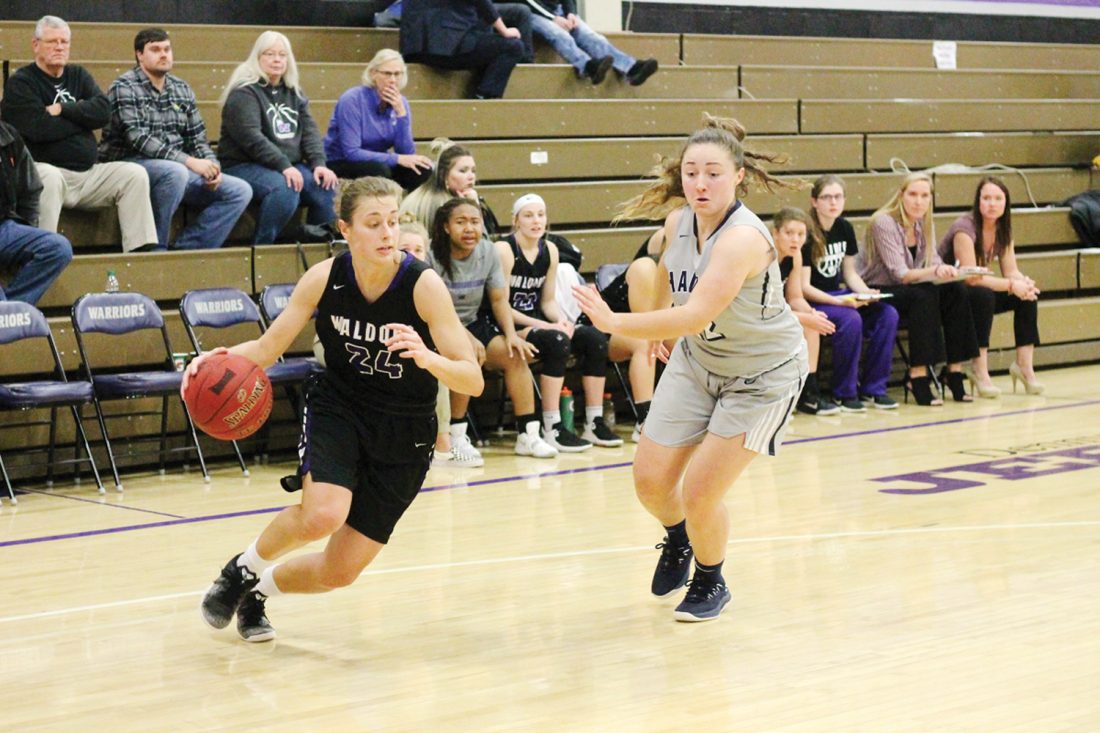 FOREST CITY — Michaela Graffunder found herself the perfection situation to expand both her athletic career and life at Waldorf College.

And the school benefited from the former South Central Calhoun and Iowa Central standout competing for the basketball team.

Graffunder, a senior, was recently named the female athlete of the year for Waldorf.

“I am extremely honored to receive this award,” Graffunder said. “I have been very fortunate this year and would not be in this position if it weren’t for my teammates and coaches. They pushed me to be a better player all year so I can’t thank them enough.”

The 5-foot-10 guard from Rockwell City earned first team all-North Star Athletic Association status this past winter. She led the Warriors in scoring at 14.1 points per game and rebounding at 6.9 per contest, along with being the team-leader in assists (98) and steals (44).

Waldorf finished the season 14-12 overall including a victory on the road at Mayville State, which was one of the highlights for Graffunder.

“That was my favorite memory from this pastseason,” she said. “I’ll remember all of my teammates and the fun times we have shared together.

“The past two years have gone by very fast but they have been some of the best years of my life. I have grown a lot as a person and player. Waldorf has given me the opportunities to achieve every goal that I have set for myself.”

Graffunder surpassed the 1,000-point mark in her college career between her two seasons as a Triton and two with the Warriors. She also recorded over 500 career rebounds.

She helped South Central Calhoun to a pair of Class 2A state tournament appearances before securing all-region honors at Iowa Central as a sophomore.

Next up for Graffunder is a tryout in Chicago in May to play overseas. She also will be graduating with a Secondary Education in Social Sciences degree from Waldorf and is set to student teach at North Polk in August.