A summer home in FD 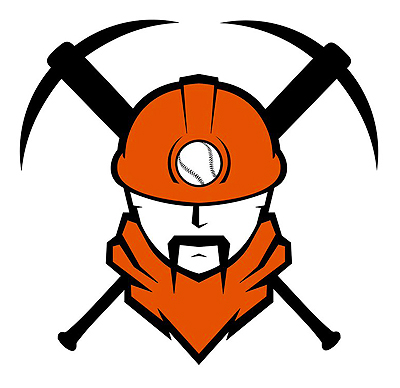 The iconic venue tucked into the southeast corner of town will be home base this summer for the Pioneer Collegiate Baseball League team, which is entering its inaugural summer on the diamond.

It’s an exciting development for the city, which will welcome some of the country’s top college-aged talent for a full slate of “wood-bat league” games against squads from Bancroft, Ames, Carroll, Storm Lake and Albert Lea, Minn.

In order for the Gypsum Miners — who will be managed by former Iowa Central player and current Triton assistant Connor McLeod — to see the light of day, though, Fort Dodge must provide enough “host family” locations for the players to stay during the 2019 PCBL season, which runs from the end of May through July.

“It all starts with having enough places for our players to stay,” said Donnie Roberts, the 53-year-old farmer and pipeline worker from Wisconsin who is also the owner of the PCBL. “And it always takes a while to get a community fully on board with it, because of the unknown. It’s a new concept.

“We need an ‘organizer’ to take the reins at the start and a group of people to basically run things locally. They help find or recruit host families for the players. For the Fort Dodge team, we’ll need 23 beds total.”

Roberts said that once the momentum starts to build with host families, “word of mouth alone takes care of the rest.”

“After you get the ball rolling, people start to quickly realize how fulfilling it is to have these players become a part of your community for nine weeks in the summer,” Roberts said. “Fort Dodge gets a chance to sell itself to athletes from across the United States. And these young men, in turn, make lasting memories and form relationships they’ll remember for the rest of their lives.

“This can be the beginning of a truly special partnership — something we’re looking forward to developing in Fort Dodge.”

Roberts is calling on local volunteers to commit to the Gypsum Miners. Art Johnson is keeping a watchful — and hopeful — eye on the development.

Johnson, the long-time Patterson Field caretaker who took over the main responsibilities of the facility after Jerry Patterson’s passing in 2012, knows having a wood-bat league franchise here would greatly enrich both the Fort Dodge community and the summer schedule at the legendary facility. Though Jerry is gone, his vision remains steadfast thanks to Art’s loyal and diligent work: providing affordable baseball entertainment to our area.

A team like the Gypsum Miners would fit the bill to a T.

Patterson Field still operates almost strictly through donations and contributions from its extended family of supporters. In many ways, it is a metaphor for what Roberts is hoping will take shape with his expansion team in Fort Dodge this summer.

It’s a leap of faith, but Roberts didn’t hesitate to jump when he saw both the rich history of baseball in Fort Dodge and the historic Patterson Field venue serving as the backdrop.

Now it’s up to us to bring his vision home.

For more information on being a Gypsum Miners volunteer or serving as a host family, visit http://www.pioneerbaseballleague.com. Roberts’ e-mail is donnieroberts30@hotmail.com, and his cell is (715) 790-2941.