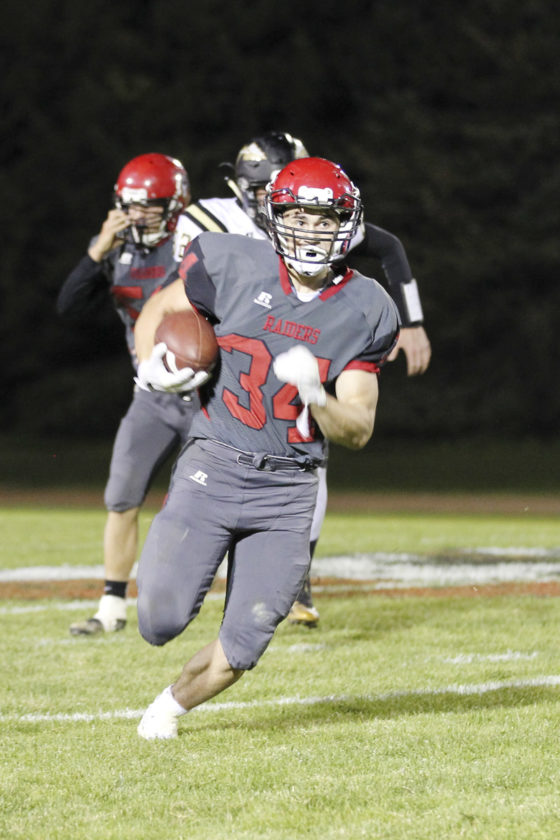 The trio were standouts on the field for the better part of the past three seasons at Bishop Garrigan, Webster City and East Sac County respectively.

Capesius led the Golden Bears to a fourth consecutive undefeated regular season and district title, finishing his three-year run as starting quarterback with a record of 31-3. Garrigan advanced to the state title game his sophomore season and the playoffs each year after.

“It’s been a dream of mine since I was just a little kid and it’s such an honor to be recognized, especially to be in the same category as some of the greats to play this game at the top-tier level of high school ball,” Capesius said. “It was a blast to play for Bishop Garrigan and Coach (Marty) Wadle. Not only did he teach me how to be a better football player, but he taught me how to be a better man, and at the end of the day that’s all that matters.”

Selected as a defensive back in Class A, Capesius had nine interceptions and forced a fumble this year, recording 30 tackles and two sacks. He was tied for second in the state in picks.

Steen finished third on the state’s career interceptions chart with 22. This year, he had seven, adding to over 1,500 yards of total offense for the Lynx in 3A.

Over the course of his Webster City career, Steen had 1,900 yards rushing, 1,084 yards passing and 91 tackles, along with 36 total touchdowns.

Bruce ended the regular season in 1A as the leading rusher with 1,766 yards, adding 19 touchdowns. The Raider recorded five games of over 200 yards and ran for over 100 in the other four.

He racked up 2,950 career yards on the ground and 34 touchdowns, carrying the ball over 500 times for East Sac County.

Rojas connected on seven field goals, was 33-for-38 on extra-point attempts, averaged 37 yards per punt and had 21 touchbacks. On defense, he led the Mustangs with 89.5 tackles, six interceptions and five forced fumbles.