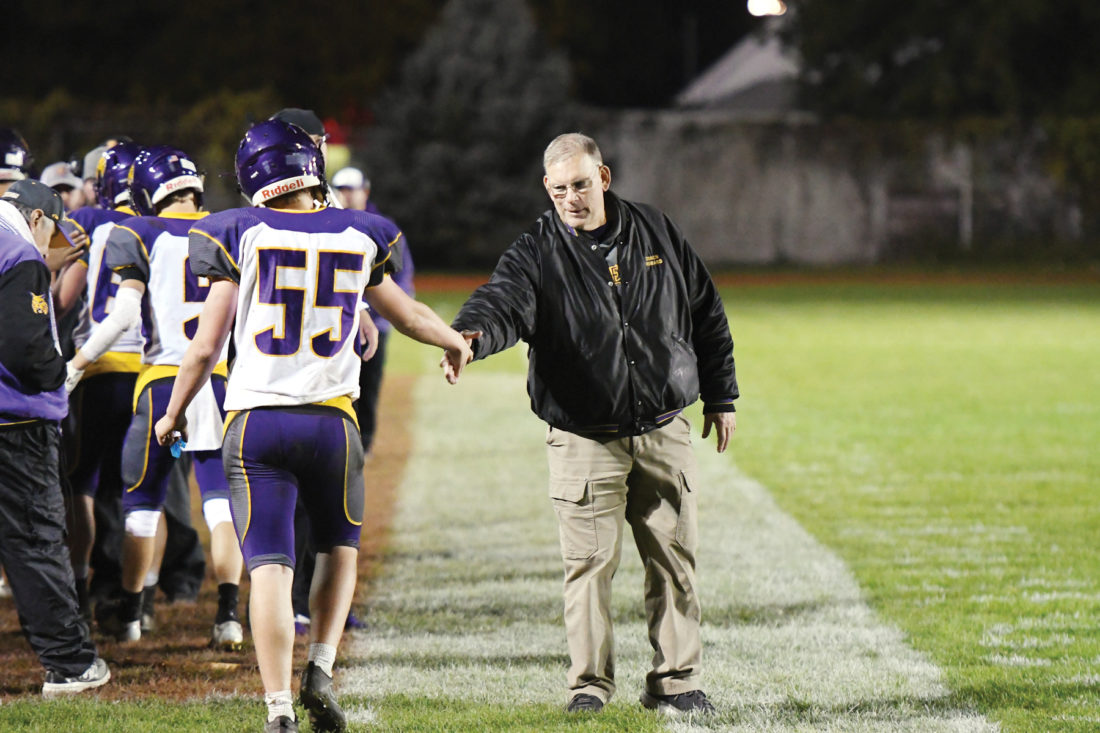 The Webster City School Board voted to accept his resignation at Monday night’s meeting. Superintendent Mandy Ross says that high school administrators Brent Jorth and Pat Farley will share the responsibilities of the athletic director until a permanent replacement is hired.

Howard, 65, has been a teacher or athletic director for the past 45 years. He says it’s time for someone new to step in and lead the school’s athletic program.

“Honestly, I think Webster City could use some fresh blood,” Howard said. “There are some 21st century things that I think a new athletic director could use that I don’t have the (technical) savvy to do.

“The Webster City people the last six or eight years have been great. We haven’t had any incidents with our people, so it’s not any one thing, it’s just everything. It’s time.”

Ross, in her first year in the district, thanked Howard for his years of service and said his dedication to the WCHS student athletes has not gone unnoticed.

“As I’ve gotten to know Bob, I really think I understand his commitment to kids and growing kids into being great human beings,” she said. “His commitment there will leave some big shoes to fill.”

In order to begin collecting IPERS, Howard also had to resign as the WCHS head football coach. State guidelines prohibit former employees who collect IPERS to have any contact with the school for a minimum of four months.

But that doesn’t mean Howard is done coaching.

The Hall of Fame coach says he would like to continue to serve as the leader of the Lynx football program. He intends to reapply for the job of head coach when the school advertises the position statewide, presumably sometime in early 2019.

“I intend on reapplying and coaching at Webster City again if they’ll have me,” Howard said. “Everybody has a calling and I don’t see any other calling for me other than being a coach. Football is my passion and I definitely think I still have something to offer kids.”

Ross said conversations pertaining to the football program will occur down the road.

“I can’t say definitely what everybody else is thinking or what the board is thinking,” she said.

A head football coach at three different schools over the past 42 years, Howard ranks eighth all-time in the state of Iowa with 335 career victories. He won three Class 2A state championships at Sigourney-Keota before he took over at WCHS in 2007. In his 12 seasons with the Lynx, he’s directed the program to 10 3A state playoffs appearances and its only trip to the state championship game in 2016.

Howard is 84-42 at WCHS and has transformed the program into one of the best in 3A over the past decade.

The Lynx ended the 2018 season at 5-4 with back-to-back victories in their final two games, including a 45-6 throttling of Boone on Friday.

Why retire now? Howard says it’s so the clock on his four-month sabbatical can begin immediately. If rehired, March 1 is when he could return as the head football coach.

“Why I’m retiring so quick as soon as the season is done is so that I can be back as soon as possible if I get rehired,” he said. “This season, even in the face of it being frustrating at

times, it’s been a lot of fun. I know the kids we have coming back and I know they’re going to work hard.

“The stuff I love is with the kids. The weight training and all of that, and I think we’ve accomplished a lot there.”