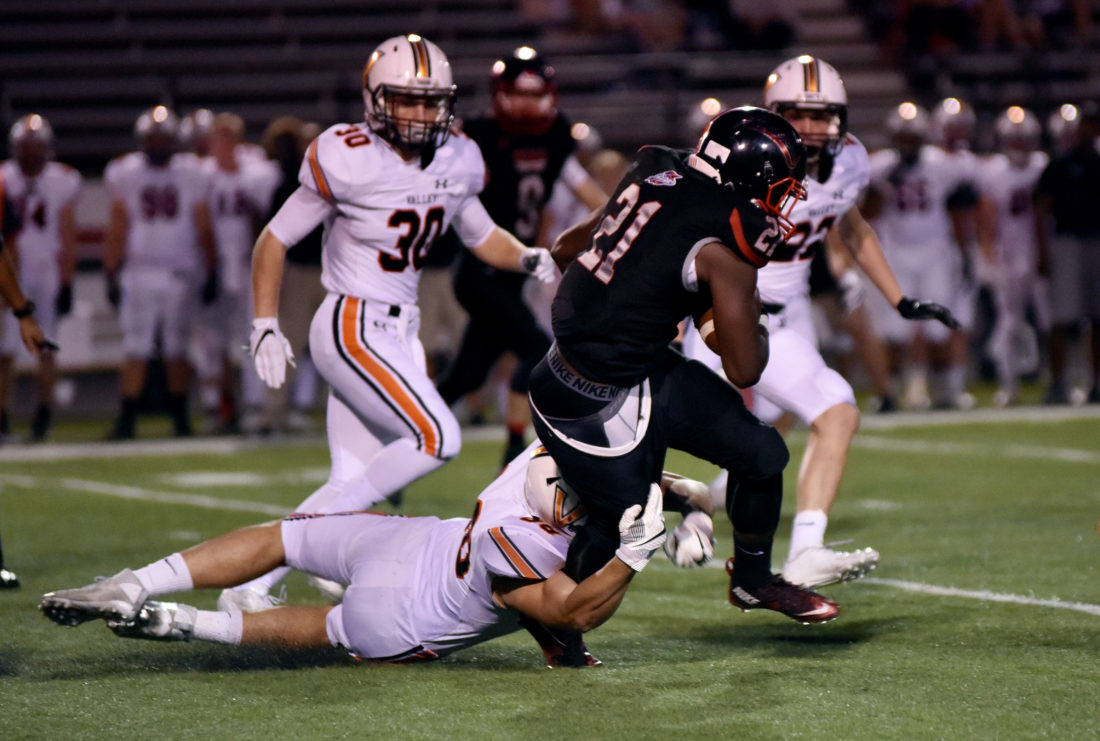 SIOUX CITY — The Fort Dodge football team isn’t leaving anything to chance with so much on the line during these last two weeks of the regular season.

The Dodgers scored more touchdowns than Sioux City West had total yards in the first half of their 68-13 rout here Friday — a victory that all but seals a playoff berth for head coach Matt Miller’s squad.

“All but” isn’t enough right now for Fort Dodge, though, which has now won at least six regular-season games five times in the last decade. The Dodgers (6-2 overall, 3-1 in Class 4A, District 2) are leaving no stone unturned as they march toward controlling their own destiny the rest of the way.

“All we can do is keep our nose to the grindstone and take care of our own business,” Miller said. “We know what’s out there for us. We know that (a 7-2 record) might get us back to Dodger Stadium for a (first-round) playoff game. But we can’t get to 7-2 if we don’t clear the hurdle that’s right in front of us.”

Fort Dodge put on a first-half clinic against the undermanned Wolverines (2-6, 0-4), who were missing their starting quarterback and a handful of others due to injury. By the time the horn mercifully sounded to bring the dismantling to intermission, the Dodgers had racked up 384 yards of total offense, 14 first downs, eight touchdowns and 54 points.

West, meanwhile, had seven total yards and just a single first down against a hard-hitting, relentless FDSH defense.

“We were executing the way we needed to up front and keeping things balanced (offensively), and the defense was just pinning its ears back and getting after it,” Miller said. “West is pretty banged up right now. We’ve been in that position late in the season, and it’s not fun. Our focus was on getting out quick and making sure there wasn’t any doubt.”

The Dodgers hit paydirt five times in the first quarter alone in going up 35-0. By halftime, senior all-state quarterback Drake Miller had completed nine passes for 206 yards and four scores, while sophomore tailback Dayson Clayton racked up 157 rushing yards and three TDs of his own.

Junior wideout Tysen Kershaw, the last leg of Fort Dodge’s triple threat, caught four passes for 101 yards and a pair of touchdowns from Miller. All three — as well as every other Dodger starter — stayed on the sidelines for the entire second half as the continuous-clock rule kicked in.

“We were able to get our starters some rest and play everyone on our roster quite a bit,” Miller said. “That’s always a great experience and opportunity for our (reserves and underclassmen).

“I’m really proud of our guys. We’ve made the long trip over here before and come out sluggish and flat. There’s so much in front of this group if they keep that kind of focus. It’s going to get tougher (this Friday) at Marshalltown. We know that. But given we’ve had three emotional games in a row, it was great to see our players just keep moving forward instead of letting (the pride of previous performances) trip them up.”

Junior Austin Lee recorded a pair of sacks for FDSH, which tackled Wolverine players behind the line of scrimmage nine different times in the first half alone. Junior Asle Thorson intercepted a pass, and junior Shane Halligan also contributed a sack.

Sophomore Dylan Zimmermann had a pair of TD strikes in the second half: one to Jerry Chada, and one to Sam Daniel. Zimmermann was 5-for-5 for 78 yards.

The Dodgers finished with 515 yards of total offense, while West had just 92 from scrimmage. The 68 points was the most for the program since Week 2 of the 2015 campaign, when Fort Dodge had 69 for the first time in nearly 80 years.

The Dodgers now visit Marshalltown (4-4, 1-3) for a 7 p.m. kickoff against the Bobcats this Friday.