For both Iowa and Iowa State, this is just the beginning

Rivals fight for in-state supremacy, but there is a bigger picture in mind 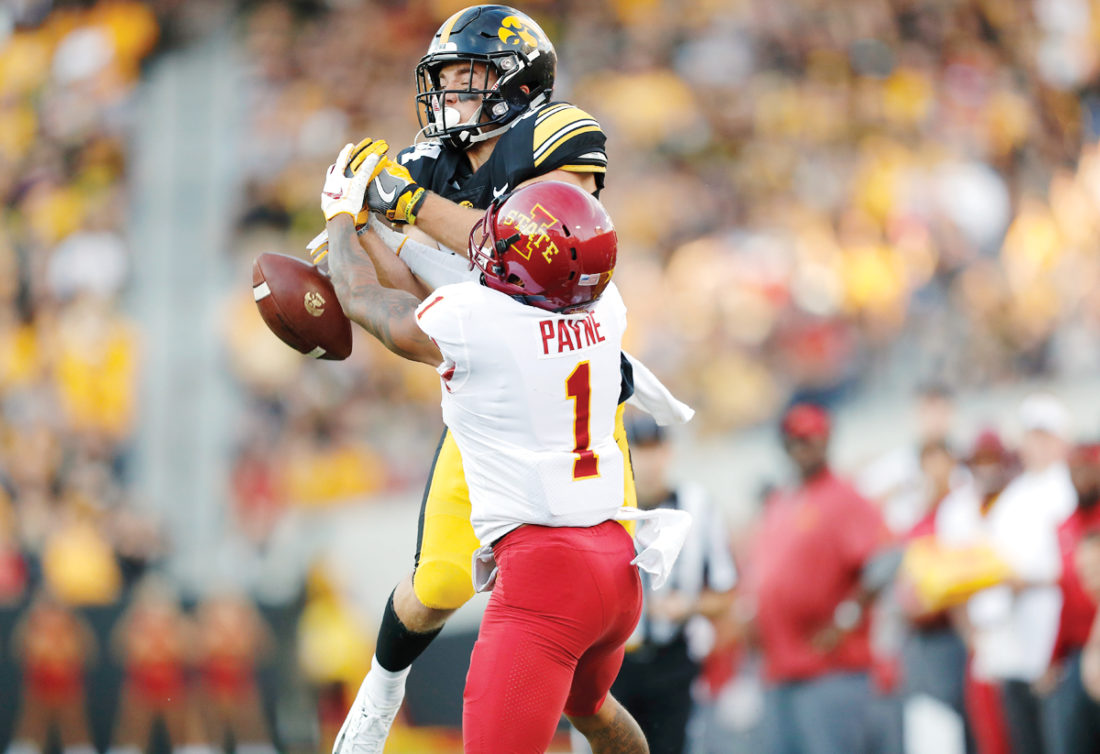 Contrary to the narrative pitched by many — typically fans of the winning team in a given year — the Iowa-Iowa State football outcome doesn’t represent a zero-sum game.

Sure, there are bragging rights. It’s either a “Hawkeye State” or a “Cyclone State,” depending on the contest’s outcome. In the grand scheme of things, though, there are a number of reasons why both programs are smart to downplay the rivalry as a small piece to a much bigger puzzle.

Because the contest is played so early every season, it’s better to identify both encouraging signs and growing concerns than overrate a win or lament a loss. For better or worse, the Iowa and Iowa State squads we saw on Saturday will vaguely resemble the Hawkeyes and Cyclones come late-October.

Black and gold backers should feel confident in their team’s defensive bent. There were questions about a unit sans Josey Jewell and Josh Jackson, but Iowa’s veteran players have looked terrific, and Matt Hankins, Jack Hockaday and Djimon Cobert have shown early promise. A.J. Epenesa is a pro disguised in a Hawkeye uniform. He’s virtually unguardable. Enjoy him.

The pessimist is asking questions about Nate Stanley and the offense, which looks somewhere between ragged and inconsistent so far. As Humboldt native and Iowa junior fullback Brady Ross reminded me on Saturday, though, that’s actually a good thing. Iowa is 2-0 with two double-digit victories despite being relatively clunky offensively. The adjustments and improvements will come, which could make the Hawks incredibly well-rounded before all is said and done.

It’s hard to draw many conclusions from Iowa State’s performance, given football teams typically improve the most between Week 1 and Week 2. Because the first postsponement in 55 years wiped out the Cyclones’ opener, this became a de facto debut at an inopportune time — against their arch rival on the road.

Yes, ISU got humbled up front. Cyclone head coach Matt Campbell’s quote was music to my ears: “at the line of scrimmage, where games are still won in this sport, they dominated.” Football has evolved in a myriad ways, but when push comes to shove, it’s still about the offensive and defensive lines first and foremost. Coaches know that better than anyone.

There is no shame in what happened to Iowa State at the point of attack on Saturday. Iowa’s front four is stout. The Cyclones did get an impressive surge during their opening drive, but that momentum quickly shifted for good. There is plenty of work to do, but the Hawks will make a lot of lines look suspect this year.

ISU’s defense appeared quick and athletic. They finally succumbed to a 13-play, 83-yard touchdown drive late in the fourth quarter, but up until that series, the Cyclones had allowed only two field goals and 173 total yards to a quarterback and an offense that shredded them in Ames a year ago. True freshman linebacker Mike Rose was everywhere.

Kyle Kempt’s health and the offensive line’s development will be storylines to follow moving forward. An injured knee could spell trouble in a number of ways for Kempt. Zeb Noland is a capable backup, but the Cyclones face four Top-25 squads in the next five weeks alone: No. 5 Oklahoma, No. 15 TCU, No. 24 Oklahoma State and No. 14 West Virginia.

Effectively, Campbell’s biggest rebuilding project comes with the offensive line — a typical task for any new coach taking over a struggling program. That can often be a long and arduous journey. We’ll see if the Cyclones have more answers than questions up front in the weeks to come; if they don’t show progress, a potential seven- or eight-win campaign could take a turn for the worse in a hurry.

There’s really no reason to be more than cautiously optimistic if you support Iowa, or mildly troubled if you back Iowa State. Again, Saturday was a snapshot. A teaser. The Cy-Hawk showdown is always a tasty hors d’oeuvre, but never the main course. Pace yourself for the weeks to come and let the big dogs eat.