Heart, not capital, again defines the Dodgers during historic rally 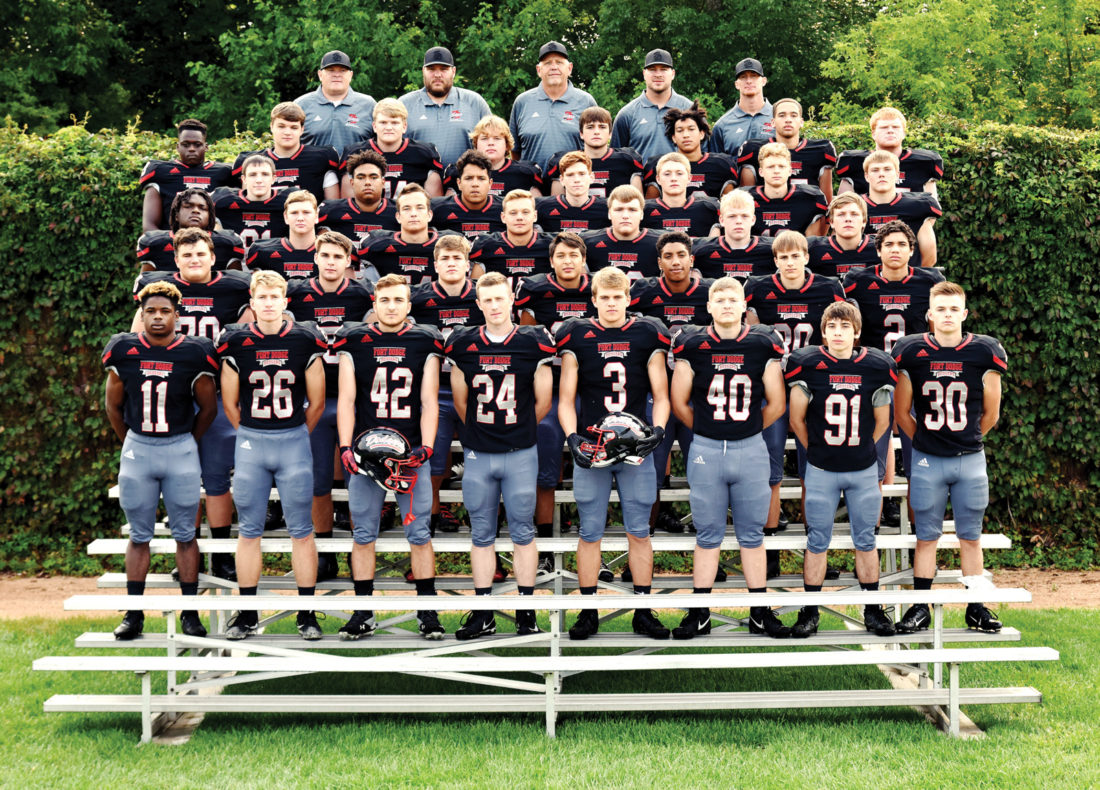 Messenger photo by Britt Kudla The 2018 Fort Dodge football team stands together during the preseason.

With the clock quietly ticking past 2 a.m. in the middle of a town virtually asleep, I slowly drove past Dodger Stadium and toward home as I always do after a football Friday road trip.

For me, what started as a simple routine is now a tradition. Regardless of what transpired hours before — during the hectic pace of a game and the frantic rush to beat deadline with a story afterward — the calming salute to our community’s cornerstone in dark silence has become my way of winding down the night.

I was all but talking to myself as I approached the Stadium on this particular Friday, still trying to process what I’d witnessed earlier in the evening: Fort Dodge’s seemingly-impossible rally from 18 points down in the fourth quarter at Southeast Polk, which ended in a surreal 22-21 victory over the Rams on the very last play.

You missed an all-timer, old friend.

I’ve been covering Dodger football for the better part of 19 seasons, and I’ve been to the vast majority of the program’s games since I moved to town at the age of 10 — right before the 1988 campaign. By my rough estimation, I’ve traveled well over 20,000 miles and witnessed close to 250 contests over the course of the last three decades.

This win, given where and how it happened, ranks right at the top — either alongside the late triumph at Ames to push Fort Dodge into the 1994 playoffs and the 2010 conference-clinching victory at West Des Moines Valley, or even a step ahead. There may have been more at stake in the other two games — both dramatic and nail-biting regular-season finales — but for sheer odds and entertainment purposes, Friday is arguably the new No. 1.

Think about this: the Dodgers trailed 21-3 and had the ball at their own 6-yard line with just 10 minutes left in regulation. Fort Dodge had only accumulated 110 total yards from scrimmage through the first three quarters. Southeast Polk was a preseason Top-10 team that returned its Div. I running back prospect and four veteran senior offensive linemen. And this was the school’s Homecoming night.

History wasn’t on the Dodgers’ side, either. Pleasant Hill had been a house of horrors to their program, which had lost all five previous trips here by a combined 200-43 point differential before the 2018 miracle.

And, of course, the size disparity must be mentioned. I parked next to the eight-year-old high school — a sprawling, state-of-the-art facility that houses over 2,000 students in grades 9-12. The district, which was smaller than the FDCSD when these programs first met in 1996, is now twice the size of ours. The Rams have nearly 60 juniors and seniors on their roster; the Dodgers are lucky to dress 30 upperclassmen on a healthy week.

What’s even more of a stretch from a competition standpoint is the fact that Southeast Polk and Fort Dodge are in the same division of the CIML for the next two years in sports like basketball, wrestling, baseball and softball, among others. And yet, despite being the eighth-largest high school in the state, the Rams will only be the third biggest in the Iowa Conference — behind both West Des Moines Valley (No. 1) and Waukee (No. 2).

All of the improbability and logical imbalance just makes nights like this sweeter to Dodgers everywhere. They are the perpetual underdog; the overlooked, undersized opponent who just keeps finding ways to hang with the top dogs, year after year, as more and more schools their size succumb to the vast resources of the CIML’s elite.

Fort Dodge will never prevail on a night like this as the bigger or better squad. To compete, the Dodgers have to be tougher — proving that heart and grit can and will defeat size and talent if the opportunity presents itself.

The FDSH football squad did just that in unprecedented fashion on Friday. Nothing indicated it was going to happen through the first three quarters. And that’s when Dodgers are often at their best: conventional wisdom had already sealed their fate.

It’s the resilience and tenacity that defines our community. We wear that emotion on our sleeve. I felt it when FDSH head coach Matt Miller hugged his son, senior captain quarterback Drake, at midfield during an emotional postgame moment. I felt it when I got home and tipped my cap to the old Stadium walls. This is why I live where I live and do what I do.

This is why we are Dodgers.

Eric Pratt is Sports Editor at The Messenger. He may be reached by e-mail at sports@messengernews.net, or on Twitter @MessengerSports