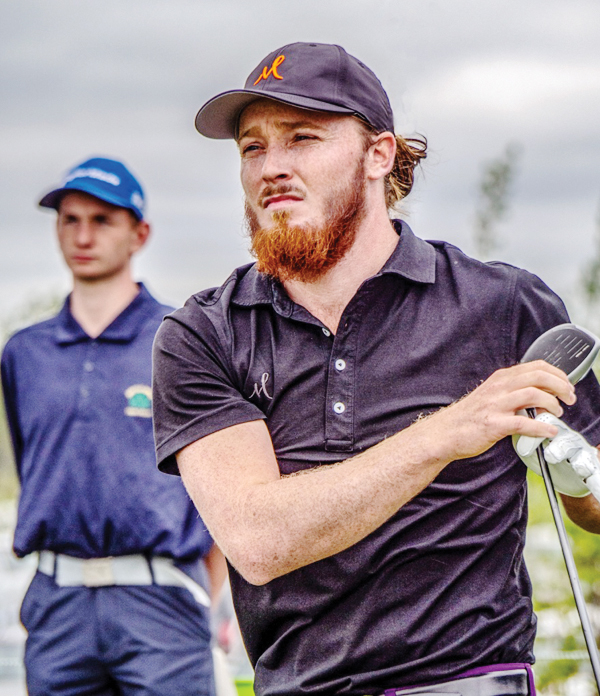 Tanner Kesterson was in the home stretch of a 36-hole Saturday at the Fort Dodge Country Club when something special began to happen.

Nothing seemed out of the ordinary for the 2012 Fort Dodge Amateur champion during his first round, or even in the early stages of his second 18. He was striking the ball well and playing solid, if not spectacular, golf.

Then the birdie binge began. And soon thereafter, the course record fell.

The 25-year-old Kesterson, who still has many friends and relatives in the area, was an uneventful one-over par when he sank a birdie putt at No. 6. He also birdied 7 and 9, with a par at No. 8.

Kesterson birdied the par-5 10th before skipping ahead to No. 12, which resulted in another birdie. After pars at 13 and 14, Kesterson really got going, with an eagle at 15 and consecutive birdies at 16, 17 and 18.

Kesterson headed back to finish his round at the par-3 11th with a new FDCC low in mind.

Algona native and former FDCC course superintendent Donnie Teeter carded a 61 before the No. 5 green was moved ahead 50 yards. With the new overall yardage and slope, Kesterson’s 61 will now stand as the course record.

“I’ve been hitting the ball really well; I was actually striking it better during my first 18, but the putts weren’t falling,” said Kesterson, an Oklahoma State University graduate and former Cowboy team member whose previous low score at the FDCC was a 63. “My driver was really on. I was hitting it between 320 and 330 (yards) pretty regularly, so I had a lot of wedges into the par-fours and seven irons into the par-fives.

“I just stayed patient, and we were having fun with the family (Kesterson was playing with his father, Tom, as well as FDSH graduate Spencer Cady and Fort Dodge’s Marlo Branderhorst). I really started rolling in the putts on that back nine.”

The eight-under par 28 on the back side is also a nine-hole FDCC record. Joel Goldstrand carded a 61 on the old course during the 1961 Fort Dodge Amateur, which included a 29 on the back nine (now the modern-day front).

The current hole configuration has been in place since 1975.

Kesterson is a native of Plano, Tex., who currently resides in Dallas. He is on the Mackenzie PGA Tour in Canada after turning pro earlier this year.

“I try to get back as often as I can,” Kesterson said. “My schedule is obviously busy, but I love it here, and I love (the FDCC). It’s home to me.”