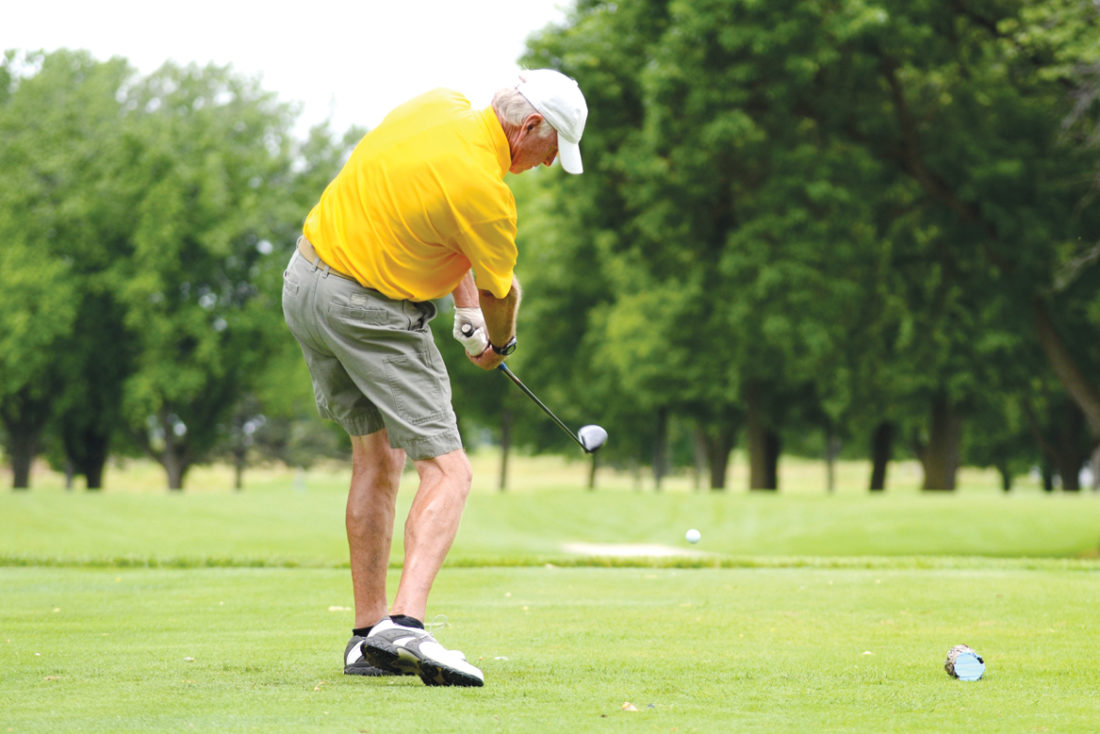 The 73-year-old Sergeant carded rounds of 75, 72 and 71 to finish at two-over par 218 for the event on the DMGCC’s South course. Playing partner Jim Butler placed second at two strokes back.

“It’s been a pretty good year for me,” said Sergeant, who also won the super senior bracket at the Carroll Amateur and has two other runner-up performances on the tour this season. “It was kind of a crazy start to the week (the opening round was postponed after four holes due to inclement weather), so shooting 75 given the circumstances wasn’t bad. I played steady the last two rounds (at one-under over the final 36 holes).

“I didn’t do anything spectacular, but I didn’t get myself into any trouble. I thought Jim may have caught me from behind (on the last day); he was birdieing holes left and right late, and I really wasn’t keeping track of where I stood.”

Sergeant had been a runner-up in the regular division of the Iowa Senior Am three times, but “the medal round always seemed to get me.” Thanks to a recent equipment upgrade, Sergeant has found a second wind on the super senior circuit.

“I think I’ve shot my age or better probably 30 times (in 2018),” said Sergeant, who is the current season points leader in the IGA standings. “It’s been a really fun stretch for me. I drove the ball extremely well and hung in there. It always helps having a great group of guys to play with, too.”

Sergeant will play in the North Iowa Amateur this coming weekend at the Mason City Country Club. He is currently 17.5 points ahead of Marshalltown’s Rob Christensen in the super senior division with one event remaining on the schedule.